The Astrology of the Coronavirus

Home » Blog » Astrology » The Astrology of the Coronavirus 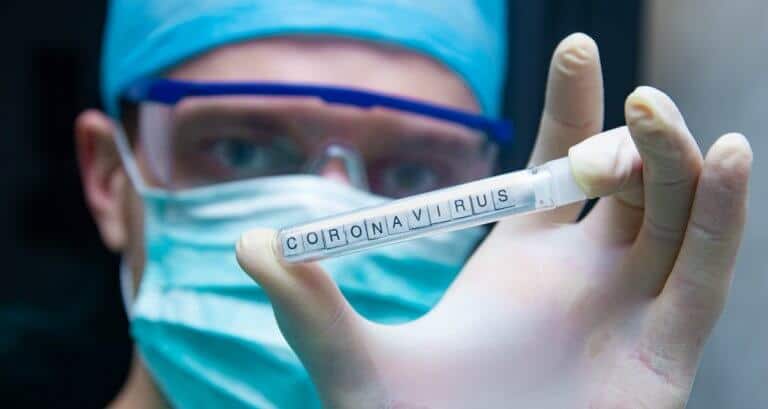 “A coronavirus is one of a number of viruses that cause diseases in mammals and birds. In humans, the viruses cause respiratory infections, including the common cold, which are typically mild, though rarer forms such as SARS, MERS, and COVID-19 can be lethal.”. The current coronavirus spreading around the world is COVID-19.

The 19 refers to the year the outbreak started.  It was December of 2019 when the outbreak gained enough traction to be recognized as an outbreak.  Today, March 13, 2020, the South China Morning Post, published an article by Josephine Ma, stating that the origin date of the coronavirus is November 17, 2020.  This article will look at the chart for that date.

Uranus in Taurus: Shocks to the Foundations

COVID-19 is now shutting down sporting events, large gatherings, and even an entire country (Italy).  There are many ways to understand the idea that the world is a single complex organism, economics is one way, travel and communication are another, … and pandemic disease, which is a way to “shock” the system.

The Astrology of the Coronavirus

Let me get technical for just a moment using the numbers of the segments in the chart above to walk you through the interpretation of the coronavirus chart. The existence of the virus occurred under a Scorpio Sun and Mercury (retrograde at the time), which is the red circle with the dot in the 10th segment of the chart at 24 degrees and 29 minutes and the orange symbol at 12d51m (note: since I do not have an exact time when patient zero contracted the illness, the meanings for each segment of the chart will be ignored and used to reference the astronomical points only).

Sharing space in Scorpio with the Sun is Mercury (12d51m), which was retrograde at the time.  Scorpio already represents hidden things, such as our sewer systems.  Mercury retrograde in Scorpio is the ideal placement for something like a virus to enter the system undetected until much later than its initial contact.  Uranus, already in Taurus, was also retrograde at the time, again suggesting that what started on that day would not be revealed until later (December 31, 2019) when Mercury was nearly conjunct Jupiter (see my first article on the Astrology of the Coronavirus).

Additionally, Mars was in Libra at this time (red symbol in the 9th segment) but headed into Scorpio.  In Libra, the concerns are more related to law and relationships than what needs to die and be reborn.  Other concerns would be paramount for Mars attention at this time.  In the opposite segment (3rd one) Chiron (green key symbol) was in Aries and also retrograde, meaning, again, that there is more internal or reflective work to be done on that day.

The real news, astrologically, at that time and heading into 2020, was the approaching conjunction of Saturn with Pluto in Capricorn, along with the South Node (karmic lessons).  Jupiter would soon enter the mix before the beginning of the New Year.  I would hazard that most astrologers, myself included, could see 2020 as a year of extreme consequences that would affect large systems (Capricorn and Saturn) in some kind of upheaval (Pluto), which was the focus of my Year Ahead presentation through a local spiritual group on January 2nd, 2020.

On November 17, 2019, you can see that the Moon is in Cancer at 19d51m, approaching an exact opposition with Pluto and forming a near-perfect mid-point between Saturn and Pluto.  While this chart does not say, “a virus will start today”, it does tell us what the spiritual lesson would be if a virus did start this day, which was the case.  And the spiritual lesson is a need to balance our compassion (Moon in its rulership in Cancer) with our prosperity and responsibility to the world (Saturn in its rulership in Capricorn).

Out of Balance, Re-Balancing

I do not think it is out of line to say that the world is severely out of balance, not when 1% or less of the entire global population controls 44% of the wealth while 56% live on $10,000 or much less per year.  There are almost no countries that are debt-free and the most powerful countries are borrowing heavily against the future to pay for an out-of-balance present.  Extremes in climate change show a planet naturally further away from equilibrium.

Now, it is important to have context.  In general, and fairly, the world is also much better off than it has been in most of recorded human existence, but it is for that very reason than we can identify current imbalances and failures in equity.  A pandemic has a way of forcing a focus down onto necessities that can be ignored when it is limited, but manageable pressure or no pressure on the system that requires systemic change.

As we move deeper into this crisis and the science continues to show that the virus is likely to spread and persist unless drastic measures (such as locking down a country or administering 10s of thousands of tests a day) are enacted, we will see more and more of the imbalance that will need addressing before societies return to some normal routine.

And the future routine, will not likely be the old norm, but rather a new norm.  We are all living through a time of transition where old patterns are likely to break, not just bend.  And out of that breaking, will we make new strides or do our best to “go back” to the way it was.  This virus chart suggests that we must find a new balance between the Moon in its power in Cancer and Saturn in its power in Capricorn.

Understanding Money and Work in Your Astrology Chart

Waxing Gibbous Moon
The moon is currently in Libra
We use cookies to give you the best experience. Continuing using this site we assume that you are happy with it.Ok