The Astrology of the US Presidential Candidates

Home » Blog » Astrology » The Astrology of the US Presidential Candidates 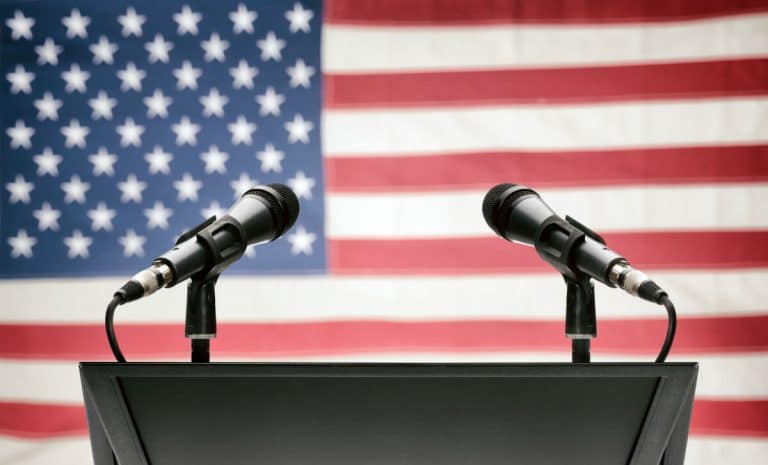 This article will look at the three candidates likely to vie for the presidency of the United States.  At this time the presumptive primary candidates will be Donald Trump for the Republicans and Joe Biden for the Democrats.  Bernie Sanders could choose to become independent if he does not get the Democratic nomination, so he will be considered as well.

Editor’s note: Bernie Sanders has dropped out of the race for the Democratic nomination for the presidency.  Please read the following article with an emphasis on Donald Trump and Joe Biden.

How to Assess the Candidates, Astrologically Speaking

There are five keys to astrology practice, involving four data sets, and the Key of Free Will.  The data sets include the points (planets and calculated points), the signs of the Zodiac, the 12 segments of the chart (called Houses), and the energetic angular relationship between points (called Aspects).  Astrological and non-astrological factors matter.

Each person will have to embrace, adjust to, or resist their astrological design.  Each person will have to decide (free will style) to work with the positive energy of the chart or the shadow energy of the chart.  Without knowledge of these men, and based only on the charts, the potential for help or harm, good or evil, is unlimited … until choices are made and situations take place.

We will look at each candidate in terms of his representation as a reflection of the nation, rising to the pinnacle of power and influence, and how he will likely shape the nation with his astrological energy and values.

Let’s begin with Bernie Sanders and his chart.  Of the three remaining candidates, he is the most focused on delivering a very different future.  His Sun in Virgo in the 11th House of Community next to his North Node (karmic stretch goal) encourages him to be a practical problem solver for the community.  His “firebrand” nature can be seen with his Moon and Mars in Aries, in the Virgo House (6th) of Service.

He has a strong sense of justice and fairness with Mercury, Venus, Vesta, and Juno all in Libra in the 12th House of Spirituality.  With his Scorpio Rising sign, he is not afraid of and will be defined by intense transformation as the way his identity gets shaped.  With Saturn in Taurus, he can endure and prefers to build lasting relationships and a legacy.  Jupiter in Gemini gives him the ability to “spread a message” far and wide.

At the best expression of this chart, Bernie Sanders reflects the service and justice aspects of the nation.  He will want to share information openly and try to establish lasting results that come about through inventive problem solving and the desire to lead for change in the world.

The shadow expression of this chart could encourage Bernie to be judgmental and negatively critical of those around him.  His Aries Sun and Mars create plenty of energy for an explosive temper and hyper aggressiveness.  Leo ruling the 10th House is a strong placement for arrogance in the public eye with an “I know what’s best for you” autocratic, top-down approach.  As much as the positive energy of the chart can dig deep for the truth, the shadow side can keep some dark secrets that can harm others.

The current president of the United States has his Sun in the 11th House of Community, the same as Bernie Sanders, but his energetic approach is different because his Sun is in Gemini, which is less about problem-solving and more about understanding through communication.  Since his North Node and Uranus are close by, his karmic stretch goal is to figure out the needs of the community through unconventional means and revolution (Uranus).

His command of certain aspects of communication and technology will be well ahead of his peer group, which has proven to be the case in his rapid rise to political power without previously being part of the establishment.  This chart can read an audience like no other because it indicates tremendous charisma, with the Ascendant in Leo, Mars just above the Ascendant (leading the chart), and Pluto in Leo (the first generation raised on TV).  The Moon conjunct the South Node in Sagittarius can make spiritual movement away from karmic lessons very difficult.

At the best expression of this chart, Donald Trump can unite people if he learns to listen to others that know more than him (North Node Gemini) and let go of a need to feel (Moon) personal authority (5th House) in an authoritarian way (shadow of Sagittarius).  With Cancer ruling the 12th House and Saturn, Venus, and Mercury present, he can nurture the world.

The shadow expression of this chart would express through extreme narcissism and; actually, a lack of empathy for others.  The shadow side of Cancer is passive-aggressive emotional aggression and repression, a la bullying.  Because of the strong Gemini and Libra energies, their shadow appears through cutting language and judgmentalism.

At the time this article has been written, Joe Biden is the frontrunner and the most likely candidate to represent the Democratic Party.  By the time you are reading this article, he may be declared the nominee.  Regardless, he is currently one of three men who could be running the country next year. He has a powerful Scorpio stellium in the 12th House of Spirituality and Purpose, with his Sun, Mercury, Venus, and Mars.  This placement of the Sun can indicate a martyr complex or martyr’s life.

His Moon in Taurus in the 6th House of Service prefers a steady and secure approach to life that is energetically conservative.  His Sagittarius Ascendant provides a worldly approach to developing his identity.  While Saturn and Uranus are both in Gemini, they are also both retrograde, which means there can be struggle with communication even with good ideas, so it is important for him to “take his time” with any communication of ideas or in discussions.

At the best expression of this chart, Joe Biden, can make people feel safe and cared for.  He has a hidden intensity that can flourish under pressure.  His Ascendant makes him more of a missionary who works best with a clear message and plenty of worldly experience or education to back it up.  He has the most retrograde points of the three candidates, making him more thoughtful and reserved in decision making, but not without conviction.

The shadow expression of this chart would express through inconsistency and private, secret agendas that can do more harm than good.  There can be too much worry about what others think and a lack of vision, which will make others reluctant to follow his lead.  This chart can chronically attempt to tell jokes that are not funny.

Each Candidate and the US Chart

I just want to share one key for each candidate.  Bernie Sanders has his North Node directly over the US Neptune in Virgo, so he is going to attempt to stretch the US in the direction of its deeply held service (Virgo) beliefs (Neptune).  Donald Trump has his Sun directly over the US Mars; he will speak for the angry and aggressive aspects of the US.  And Joe Biden has chart alignment with the US; they both have Sagittarius Ascendant, and his Scorpio stellium fills a sign in the US chart that has no points!  He can bring change, but it will not be obvious.