Sigils: What are They and How Do You Use Them?

Home » Blog » Psychic Readings » Sigils: What are They and How Do You Use Them? 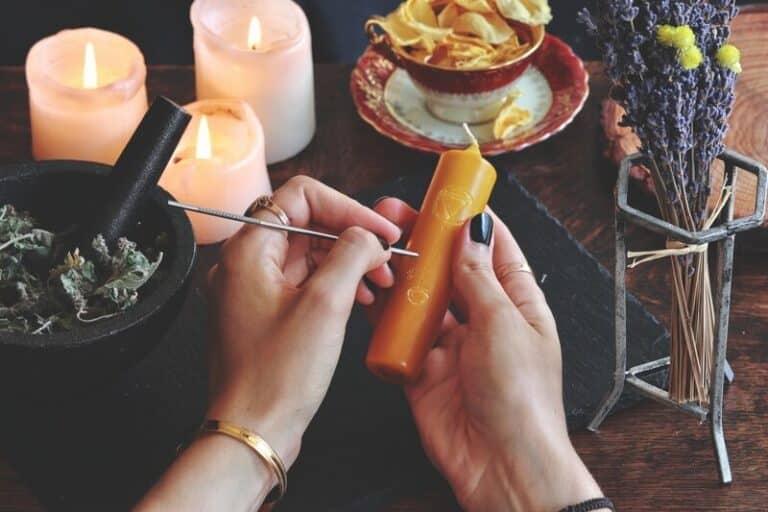 A sigil is an inscribed or painted symbol charged with magical power. During the medieval period sigils represented different angels and demons. They were considered the true name of the being, allowing magical practitioners the ability to have some control over the being and enhancing their power as a magical practitioner. In modern times one can see modern corporate logos as types of sigils, like the Nike swoosh or the silver circle with the three-pointed star on a Mercedes-Benz.

Runes are among the oldest of sigils, dating back to the birth of Christ. 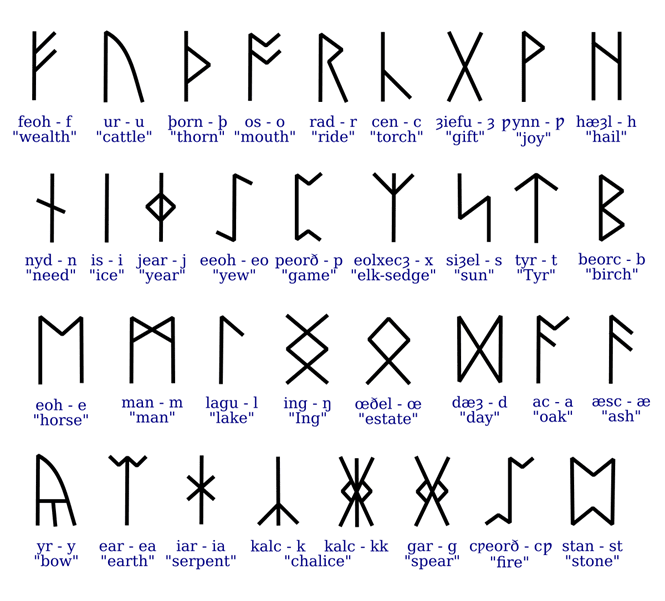 Often these were carved or painted on stones and used for various intentions.

Within medieval magic the method for creating sigils involved magic squares where the name of a spirit was converted into numbers and placed on a square. The sigil was finished by connecting the lines of the numbers in a particular pattern to make the sigil. The sigil would then be carved into a piece of wood or stone, or painted on an object, especially a door, to give protection or increase one’s magical powers. In terms of personal use, they would be placed on a talisman that the owner could wear, such as a pendant on a necklace. Knights would place them on their swords or armor.

With the emergence of psychology at the turn of the 19th and 20th century, sigil development got a new approach, developed by occultist Austin Osman Spare (1886 to 1956). He chose to make sigils to capture the complex nature of the individual who wanted to set an intention through a sigil that would be placed on a talisman or object or the human body, in the form of a tattoo. Spare’s method became the cornerstone for Chaos Magic.

Chaos Magic theory and practice emerged in the 1970s in England, and was based on Spare’s work. It was also known as success magic or “results-based” magic. Artist Brion Gysin (1916 to 1986) blended the medieval square method and Spare’s method for creating a sigil and put the ones he designed into his paintings. He developed his approach by “placing an idea in a glyph”, writing it across a piece of paper from left to right, turning the paper over, repeating the process, the rotating the paper again, and again, building a 3D sigil.

Novelist and comic book writer Grant Morrison (1960 to present) coined the term hypersigil to to refer to an extended work of art containing the magical meaning of the artist or business. Morrison has argued that modern corporate logos perform this function:

Corporate sigils are super-breeders. They attack unbranded imaginative space. They invade Red Square, they infest the cranky streets of Tibet, they etch themselves into hairstyles. They breed across clothing, turning people into advertising hoardings… The logo or brand, like any sigil, is a condensation, a compressed, symbolic summoning up of the world of desire which the corporation intends to represent… Walt Disney died long ago but his sigil, that familiar, cartoonish signature, persists, carrying its own vast weight of meanings, associations, nostalgia and significance. (Book of Lies: The Disinformation Guide to Magick and the Occult; ed by Richard Metzger)

As you can guess from the history of the sigil, you would use them with certain intentions in mind. There are numerous books you could consider to see designs and learn how to make you own, such as:

Here are some examples of sigils for love from a poster available for purchase on Amazon: 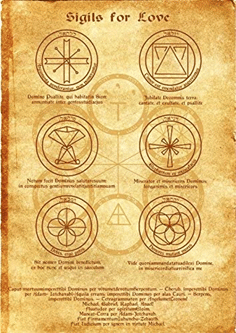 So, you have the option of finding sigils that have been developed by others, from a period in history, or creating your own. You also want to consider where you want to place the sigils. Would you consider permanently marking your body with a tattoo? Is there something you want to protect, like your home or car. Do you want to empower a tool you use, like a garden hoe you might use when planting vegetables or flowers?

Creating or applying a sigil is a form of ceremonial magic, spiritual intention work, and psychic focus, which can help you live wisely and powerfully. Not only does the sigil matter, but so does the material you use to create the sigil, the quality of the paint you use to paint it, or the type of wood or stone or crystal you use for a carving. Sigils are, at their essence, designed to make you more aware of the world you live in and how you want to live in it.