Skip to content
Home » Blog » Horoscopes » Red Carpet Astrology: How Many Scorpio Celebrities do you Know? 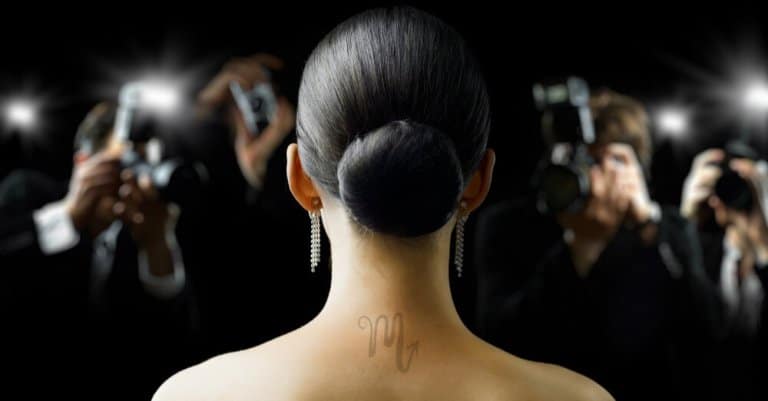 Scorpios are passionate, intelligent, jealous and secretive. They crave the limelight and work towards achieving their goals. Their struggle allows them to find fame and their personality appeals to the public. Scorpios are critical thinkers and can get their way around natural complexity by taking the right decision at opportune moments.  Famous Scorpio celebrities include Bill Gates, Aishwarya Rae, Ryan Reynolds, etc. Read more and discover red carpet astrology for Scorpio.

Scorpios are very likable people; a mysterious yet intriguing aura surrounds them. Their scintillating charisma is what appeals to the crowd. Famous Scorpio men are mature, wise and confident people. Many eminent personalities and movie stars have Scorpio as their zodiac sign.

Though Scorpio celebrities are usually those who tend to move towards a serious role in the film industry. This Canadian actor has made an exception by making his fans laugh through his amazing acting. Though being famous Scorpio Ryan enjoys the title of being one of the lucky ones who performed in the famous Wolverine: and the X-Men Origins. Other than that, he has also performed in the Deadpool as the lead actor. Scorpios like Ryan Reynolds are intense and passionate about their work. They have strong work ethics and bring joy to their part.

From his Tear-dropping role in Titanic to his child acting skills, Leonardo de Caprio in his own words can be described as a good sport. He was famous for his child roles in several movies, but his first breakthrough came when Titanic released. He is also an Eco-Activist. Scorpio Celebrities indulge themselves in volunteer work and are activists for better causes. Scorpios are magnetic and extremely seductive which can be said truly about Leonardo who is a Sagittarius celebrity.

Gordon Ramsey is one of the famous Chefs in the culinary world. He is famous for his hyper-active pressure-filled cooking scenes with participants in Culinary reality tv shows. He has served as a judge in Master chef America. He also was the main attraction in Hell’s Kitchen. His restaurant, which goes by his name in London, holds the prestigious title of the longest-running restaurant in London. Scorpios like Gordon are careful observers and do not miss a thing. The intensity and creative nature allow him to excel in what he does. Among Scorpio Celebrities, he is one Culinary god.

There is no match for McConaughey’s acting in Interstellar. He has put his heart and soul into his acting career and always worked hard to reach where he is. He won an Oscar for his acting and has always cherished his moments in Cinema. His movies have grossed millions on the box office, including ‘magic mike.’ Scorpio celebrities like Matthew are true to their work and never let go of their ambitions and goals. This is what differs Scorpio from others that they have everything planned out for themselves.

If you search for the most followed account on YouTube, PewDiePie’s name will pop up immediately. His latest feud with 2nd most followed channel, i.e. T-series was breaking the news for a long time. He currently has 101 million subscribers, and his content includes making game videos while playing them and its reviews. He certainly has risen to fame with online earning on YouTube. Scorpios always follow their own path without giving in to other people’s views. PewDiePie is a living example of Scorpio zodiac traits of independence.

You do not just get to be on the famous Scorpio men for nothing. Ryan is a Canadian actor, film director, screenwriter, musician, and businessman. He started off small with the Disney channel’s Mickey Mouse and then went on to become the best of the best by performing in movies and TV shows side by side. Ryan Reynolds has the Scorpio trait of minding his own business. He rarely indulges in anyone else’s life but when it comes to helping his zodiac trait of protective care becomes dominant.

Being a famous Virgo Owen Wilson is a renowned screenwriter and an American actor. He shared the co-writing and acting credits for Bottle Rocket and The Royal Tenenbaums, which was later nominated for an Academy Award for the best original screenplay. Owen Wilson being a Scorpio is a clever comic who has a wicked sense of humor. He is among the top-notch comedian Scorpio celebrities.

Famous Scorpio women are famous for their looks and beauty. They are not only born leaders but faithful and intuitive. This makes the, help elevate people around them. Some of the famous Scorpio celebrities include;

A black widow or Scarlett Johansson is on the tip of the tongue of every millennial these days. Especially with the release of ‘Avengers: End game’ in a few days, there is a hype for superheroes to save the world and Scarlett Johansson is certainly a favorite. Among Scorpio celebrities, she has the looks. As charming and as beautiful what a physical embodiment of a Scorpio must be like. Scarlett Johansson has been an amazing actor who has followed her way of life.

Katie Perry is an America Singer and pop star. She loved music and had a knack for singing at a very early age. Even though with many restrictions she never gave up her dream and went on to be a pop star. Her album ‘Teenage Dreams’ was one of the bestselling albums to date. Scorpios are original people and their creativity is what makes them stand out among others.  Being a Scorpio Katie Perry music is praised by everyone for its originality and of its pop-culture influence.

Julia Fiona Robert is a renowned American actress and producer. She earned the right to stand among the Scorpio celebrities when she performed in the romantic comedy Pretty Woman. This was an instant success and the movie earned a total of $464 million worldwide. She won two Golden Globes along with Academy Awards. Julia Roberts originality is one of a kind, her Scorpio trait of ambition and hard work has always been dominant. She is enthusiastic about everything as many Scorpios are, but she puts effort into knowing it too.

Belonging to American she stands in the line of famous Scorpio. She is an actress, singer, and producer. She started off with stage roles and then went on to performing on TV series. She gained fame when she acted in the Princess Diaries using Disney as a platform, she touched the stars. Scorpios aren’t afraid of small setbacks; they are resilient creatures. Anne Hathaway is given proof of that.

One of the famous Scorpio celebrities she stands as an American actress. She gained fame through her role in the film ‘La La Land’. This led to getting her the Academy Award, a BAFTA Award, and a Golden Globe. She has also participated in many famous movies like Birdman and Spiderman. This became her reason for being added to the famous Scorpio female. Emma stone being a Scorpio is a generous person who can go out of her ways to help others. Her generosity zodiac trait makes her a lovable celebrity.

Lorde is a singer, songwriter and record producer from New Zealand. She is a versatile artist who has contributed to music in a mix of genres. Her first ep, when released, topped the charts, and she became the first young solo artist to grasp the number 1 on US billboard since 1987. Lorde has been tremendous youthful energy like any Scorpios who follow their dreams with their heads in the sky but feet on the ground.

Hedy Lamar is not only an American actress but more importantly, she is famous for her contribution to the Bluetooth technology. By discovering wide spectrum technology. She is also known to be the prettiest face to ever grace the silver screen in American cinema. Scorpios are optimistic and try to look at the brighter side of things, Hedy Lamar has always been able to turn things to the better for everyone.