Astrology charts are actually earth-centric rather than heliocentric (or Sun-centric).  For that reason, at certain times of the year, all points, outside the Sun and Moon, will, at one time or another, appear to be moving backward in the sky.  These points are marked by an R with an x on the diagonal tip.

When points are retrograde; they are holding back, turning inward, reviewing, recharging, and acting cautiously.  When they are direct, the energy is moving as intended, expressing fully, and acting accordingly.  Just before a point changes course, it will station and hold its position until the change in direction is complete.

This article will look at Pluto as it leaves the retrograde phase and returns to direct motion this month.

A Visual Look at Motion in the Astrology Chart

Below is a short, animated clip of the Sun and Mercury between October 22, 2019, and November 20, 2019; the speed is set to advance the chart one day at a time.  Since the Sun does not retrograde, you will see it advance a degree at a time.  Mercury will start out direct, in front of the Sun, turn retrograde, head back towards the Sun, pass over it, then start back direct.

Pluto is currently in Capricorn and has been there since 2008.  Pluto rules death/rebirth, elimination, and transformation.  Capricorn rules business, commerce, leadership, and fiscal responsibility. Since Pluto is in Capricorn we must also look at where Capricorn’s ruler happens to be, which is Saturn, also in Capricorn at this time.

When Pluto transitioned out of Sagittarius and into Capricorn, the ingress was marked with a global financial crisis triggered by the housing bubble brought about by reckless lending standards.  The United States entered the Great Recession and much of the world economy staggered from the housing and lending meltdown.

In their book Astrology, the Divine Science, Marica Moore, and Mark Douglas write, “Pluto in Capricorn shows the danger of undue rigidity and regimentation in the nation’s political structure and warns against authoritarianism which invites rebellion and disruption from unassimilated elements.  Since Capricorn is the sign of administration, the activities of Pluto exert a special effect upon the United States Government” (281).

When the United States was founded, Pluto was at 28 degrees of Capricorn, which means that the US will soon experience its Pluto return 247 years from its inception. The revolutionary change brought the country into existence and revolutionary change will likely be the result of this transit as well, both at the national level for the US and the global level for the rest of the world.

We can expect the shift out of retrograde and back to direct motion to get energy flowing that is needed to bring necessary changes to our largest systems of government, finance, the military, and social policy. Rhetoric and actions continue to build around the largest issues affecting our globe, our nations, and local “world”.

This latest retrograde phase began on April 25th when Pluto was at 23 degrees of Capricorn and it will end on October 3rd with Pluto at 20 degrees of Capricorn.  Whatever has been percolating or gathering during this phase will be ready for release with the return to direct motion.

The return to direct motion is not like a light switch that has been turned off suddenly being turned on.  In astrology, there is something known as the “shadow period”.  A point does not really get into its new energy until it gets beyond the degree when it went retrograde.  So, Pluto must get back to 23 degrees before it is “out of the shadow” of the retrograde phase, meaning it will not be activating a “new” degree, 24, until February 20th, 2020 (2/20/2020).

The shadow phase integrates what was gathered and reviewed in the retrograde phase to be applied in the direct phase.  When Pluto stations on October 2nd around 3:00 am eastern standard time, it will still be in the last stages of retrograde motion.  On October 3rd the station will flip from retrograde to direct at 2:39 am and be out of the station at 2:40 am on October 4th.

The Sabian Symbol for Pluto at this degree of transition is Capricorn 21, “a relay race”.  In his book, The Sabian Symbols, Marc Edmund Jones writes the following about Capricorn 21, “This is a symbol of an inevitable culmination for group opportunity, and of continual enhancement of the individual’s skills and talents through his/her thoroughgoing co-operation with others in some vital phase of experience.”

“The keyword is FITNESS. When positive, the degree is an exceptional skill in bringing the elements of any given situation to a functional wholeness, and when negative, complete inadequacy of self-resource” (261). Every effort needs to be made to do the best we can with our skills, knowledge, and integrity.  Anything less will ultimately fail, and probably in an astoundingly bad way.

Getting Personal with Pluto in Capricorn

It is easy to write and think about Pluto in Capricorn on a large scale.  And if you would like to see some thoughts on Pluto in the US chart, please read my article on the Pluto Return for the US. To get personal with Pluto, you need to know your astrology chart, not just your Sun sign.  You can get your chart cast online, with astrology software you purchase, or through a professional astrologer.  Once you have your chart in hand, you can research the information yourself or have a professional interpret it for you.

Below is a chart with two layers.  The inner circle is my birth chart and the outer ring is the position of the points on October 3rd when Pluto goes direct.  You will see that Capricorn rules my 3rd segment (called a House) and the position of my natal Pluto is in my 11th House.  This visual representation provides a narrative that lets me know what I need to be aware of Pluto’s current movement in relation to my permanent energy signature as defined by my birth chart.

In my case, Pluto is moving through my 3rd House of Communication, which is an empty sign and house for me.  Since 2008 it has been applying pressure on my thoughts and communication about my goals and ambitions.  Just before entering Capricorn, I retired from my university job to be a stay-at-home father.  In 2013, I launched my spiritual advising business and in 2019 I started writing for Ask Astrology. The next direct phase will represent another energetic opportunity for me to push forward in my profession, which I will do my best to take advantage of.

I have also highlighted some key aspects the current position of Pluto is triggering in my chart.  The red lines are square aspects and the blue line is a trine aspect.  To read more about aspects, visit my article on aspects, which is to be published the same month as this article. 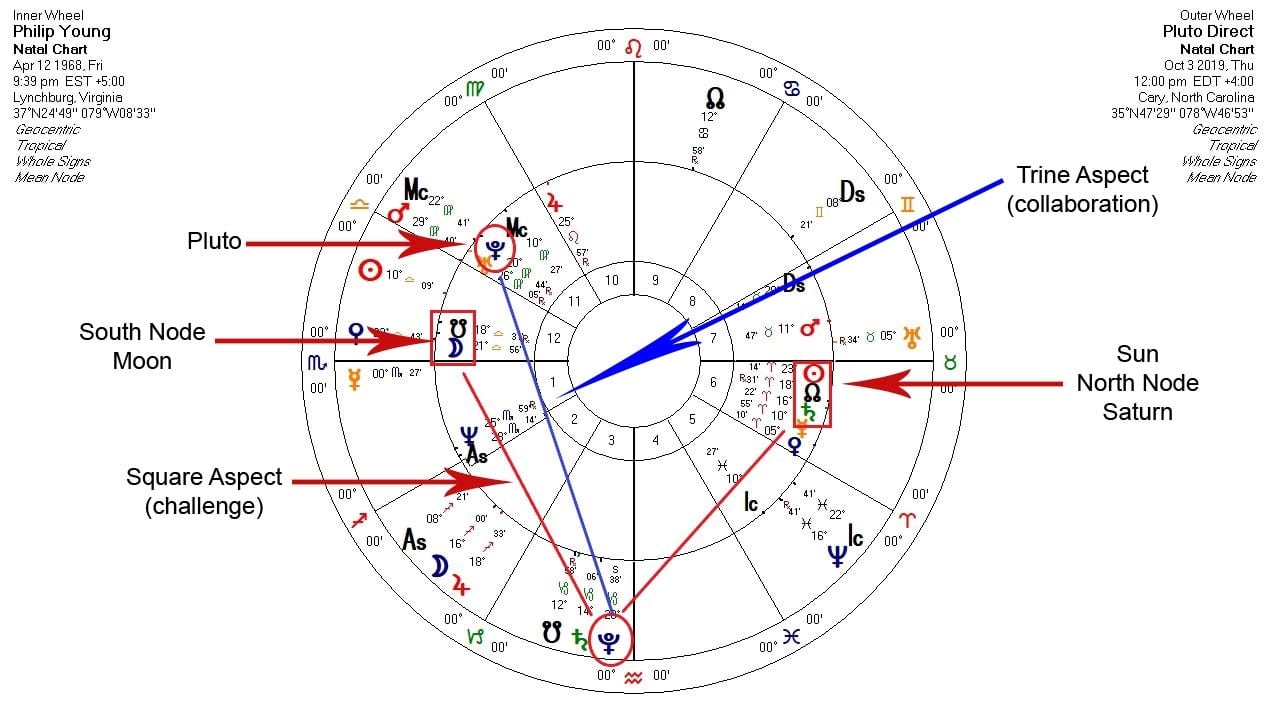 7 Tips on How to Attract a Libra Man