The Numerology of Stan Lee 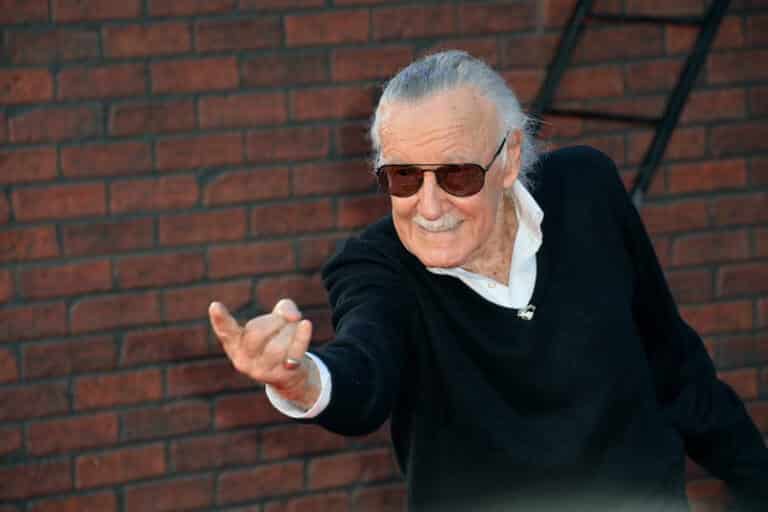 Stanley Martin Lieber (born December 28, 1922) was famously known as Stan Lee. He was the editor-in-chief of Marvel Comics from 1960 to 1972 when he led the Marvel Revolution (along with Jack Kirby and Steve Ditko), helping to introduce the Fantastic Four, Ant-Man, the Hulk, Spider-man, Thor, Iron Man, Wasp, Dr. Strange, the X-Men, and Daredevil (between 1961 and 1964) to comic book readers. He became even more famously known for his humorous cameos in the Marvel Cinematic Universe blockbuster movies.

An individual that has life path number nine is generous and compassionate. Therefore, they have passion and energy to help the wider world and take on the largest human problems. Their personality develops through their efforts to see the flaws in humanity and heal them.

Lee was a big personality with more than his fair share of foibles, but he truly believed in contributing to a better world and certainly tried to do that through the stories he wrote and edited for Marvel Comics. One of his most important contribution was a letters page at the end of the comics of the 60s and 70s where he actively engaged with the readership, sharing their thoughts and his about comics and the world he lived in.

An individual that has a Destiny number six attracts nurturing and caring people. Therefore, they learn how to help others find ways to support their community and share what they know that will help others. They understand the value of service and want others to know how to serve.

Their innate understanding of compassion, empathy, and attentiveness provides guidance to others who want to follow this life path. Destiny wants them to show people the power of serving and the grace of duty.

However, for most of his life, he was known as Stan Lee, and that Destiny Number totals 22, a master number, which reduces to a 4.

An individual that has a Destiny number 22 attracts students and people who want to learn what they can teach. Therefore, others seek them out because of their scholarship and expert knowledge.

They need to share wisdom with others and guide people to improve their problem-solving skills. Destiny wants them to impart complex knowledge and visionary ideas to the wider world through those who study under them.

The number 6, for service and teaching, and the number 4, for building something that lasts and being one of the members of society who “holds the community together” are excellent numbers for Stan Lee. He certainly served his audience, trying to teach valuable lessons through storytelling, and was part of the foundation of the Marvel Comics superheroes creation process. Those heroes are now known world-wide, largely because of Stan Lee’s tireless devotion and promotion.

The “true” active number is the given birth name. Even if you legally change your first name, the core Active Number is the birth name given to you by your parents. A legally changed name is more powerful than a nickname. And any name used to identify a person in the world is a variation of an Active Number. In Stanley’s case his active number is 24, which reduces to 6, the number for the Teacher.

An individual that has an Active Number 6 wants to help and heal. Therefore, they understand and enjoy service, can teach what they learn, and tend to be highly sympathetic or empathic. A child with a 6 first name will make sure no other children are left out of a game and want to help with chores. First name 6 individuals spot needs and work to fill them.

The number for “Stan” is 9. An individual that has an Active Number 9 is often wise beyond their years, even their later years. Therefore, they tend to be patient, consider actions carefully, and see the “big picture”. A child with a 9 first name is an excellent observer and comfortable letting others lead and act until invited to participate. First name 9 people act with compassion and soak up wisdom.

Essentially, you inherit numbers from your parents. Most often, the father’s surname is the one that dominates and is known out in the world. The mother’s surname often becomes the middle name for a woman after marriage, when she assumes the surname of her husband. In Henry’s case, his last name Lieber totals 33, a master number, which reduces to 6, the Teacher.

An individual that has a Heredity Number 33/6 inherits creativity and service for others from one or both parents. The person must determine how to understand number 6 energy through the influence of the parent. That influence may manifest as support or suppression. In other words, the child gets encouragement to be creative and teach others or to escape reality and be suspicious of others. Either way the child learns the lesson of creativity and service and from the parent, or despite the parent, with last name that is the number 33/6.

The number for “Lee” is 13, which reduces to 4. An individual that has a Heredity Number 4 inherits establishing from one or both parents. The person must determine how to understand number 4 energy through the influence of the parent. That influence may manifest as support or suppression. In other words, the child gets encouragement to act responsibility and work hard or gets spoiled. Either way the child learns the lesson of duty and commitment from the parent or despite the parent with last name that is the number 4.

The Soul Urge Number is the total of the vowels in a name, specifically the full birth name. The Soul Urge is like an energy charge within the numerology of a person. The number of the Soul Urge “powers” the Destiny Number. In Stanley’s case, his number is 35, which reduces to 8.

An individual that has a Soul Urge Number 8 draws energy from goals. Therefore, they operate with a need to achieve to generate energy. These individuals are often striving, forceful, and powerful. Accepting that you need to lead to get what you want and to get things done will help you be more successful in your relationships and endeavors.

The number for “Stan Lee” is 11/2. An individual that has a Soul Urge Number 11 draws energy from a special talent or inner gift. Therefore, they operate with a need to excel to generate energy. These individuals are often quirky, rebellious, and unconventional. Accepting that you need to “walk to the beat of your own drum” to get what you want and to get things done will help you be more successful in your relationships and endeavors.

The number for “Stan Lee” is 11/2, the same as the Soul Urge number for this name. An individual that has a Personality Number 11 presents as stellar to others. Therefore, others see them as either spectacular or narcissistic. People who appreciate the highly talented person will expect a Personality 11 to fulfill that role in life. Do not be surprised if people treat them as someone special and amazing, even if they feel average.

In Stanley’s case his Soul Purpose Number is the total of his Life Path Number 9 plus his Destiny Number 6, which totals 15, which reduces to 6. With a 9 + 6 combination, he is here to “serve by teaching compassion to the world”. His Soul Purpose is to help individuals see others and try to understand them.

In Stan’s case his Soul Purpose Number is the total of his Life Path Number 9 plus his Destiny Number 4, which totals 13, which reduces to 4. With a 9 + 4 combination, he is here to “build worldly examples of compassion”. His Soul Purpose is to promote positive messages to others.

It is most interesting how much overlap there is in the numbers for his birth name and the name he was most famously known for. His Life Path number found its Destiny expression in the numbers 6 and 4, in ways that culture will keep feeling for a long, long time.