The Numbers Inside your Name

Home » Blog » Numerology » The Numbers Inside your Name 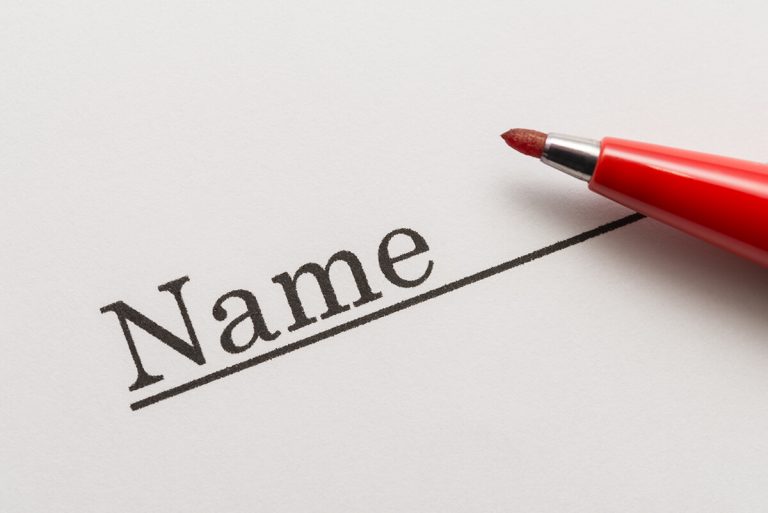 Numerology is the study of numbers as meaningful constructs related to human consciousness.  Numbers occupy our lives in many ways, starting with number values associated with the letters of words, especially our names, and the dates of birth … for people, events, and businesses.

We have the numbers for our birthday, month, and year. Most countries have a number sequence for citizens (in the United States, it is the 9-digit Social Security Number or SSN). Most of us have a phone number; if we drive a car, we have a number plate. Each word and sequence of numbers reduces to a number between 1 and 9, and each of those numbers has spiritual meaning.

Your Destiny Number is the single-digit you get by reducing the total of the letters of your full, birth certificate name.  There are, however, several other numbers inside your name, which this article will explore.

What is the Destiny Number?

The Destiny Number is the single, reduced digit of your full, given birth name, as it would be recorded on a birth certificate or official public document.

How to Calculate your Destiny Number?

Calculating the Destiny Number depends on which numerology system you choose to use.  There are three systems in common use today: Pythagorean, Gematria, and Chaldean.  While each one assigns number values to letters, they vary with some letters.  For example, A is 1 in all systems. Q is 8 in the Pythagorean system, 4 in the Gematria system, and 1 in the Chaldean system.

Therefore, the Destiny number of a man named Quincy would add up from the following numbers:

As it happens, the Pythagorean and Chaldean Destiny is 8, while the Gematria Destiny is 3.

The single-digit number of your name reveals the energy you attract from others and the world.  Knowing your Destiny Number helps you understand why people want you to play a certain role in life.

The calculation of the first name is your Active number.  This number, and the energy it represents, is the first energy people most often feel when they greet you and you greet them.  You, in essence, lead with your first name; not always, but most of the time.  My first name, Philip (7+8+9+3+9+7) totals 43, which reduces to a 7.

My active number is the Mystic, rather appropriate considering my business is spiritual advising.  My daughter’s first name is Maya (4+1+7+1), which totals 13, which reduces to a 4, the Builder.  Among her friends, she is the glue that binds them.

Your last name calculation represents your Heredity number and the power of your family lineage.  There are two heredity numbers to calculate, the surname of your public lineage (most commonly the leader of the family) and the surname of private lineage (most commonly the caretaker of the family).  Generally, this would be the father for the public surname and the mother for the private surname.  Specifically, this includes father/father and mother/mother combinations, which may be more often hyphenated and thus, both public.

My father’s last name and the one I have on my social security card is Young (7+6+3+5+7), which totals 28, which reduces to 10, down to 1, the Pioneer.  Both my father and I ended up as entrepreneurs and sole proprietors of our respective businesses.  My mother’s maiden name is Welborn (5+5+3+2+6+9+5), which totals 35, which reduces to 8, the Leader.  From my mother, I inherited a drive to succeed out in the world and pursue a high level of status in some way (PhD).

Soul Urge Number – the Vowels in the Name

Hidden within a name is the soul urge number, which is the number of the total of all the vowels in the name.  My soul urge letters are i+i+a+i+o+u (9+9+1+9+6+3) from Philip Franklin Young, which totals 37, which reduces to 10, down to 1, The Pioneer.  The Soul Urge represents your deepest desire, what you most want and need emotionally.

My soul urge and my father’s last name are the same numbers, so the independent, maverick, and pioneering energy is strong in my numerology story.  And, interestingly enough, my Sun sign happens to be Aries, the first sign of the Zodiac.

Personality Number – the Consonants in the Name

Also hidden within a name is the Personality number, which is the number of the total of all the consonants in the name.  My personality letters are p+h+l+p+f+r+n+k+l+n+y+n+g (7+8+3+7+6+9+5+2+3+5+7+5+7), which totals 74, which reduces to 11 (a master number), then to 2, The Partner.  The Personality number represents social status and the connection to the material world.

Since my number 2 comes from 11, it is important to understand the individuality of 11 as a component of my partnership status.  Within all relationships, I need and express autonomy that will require partnerships that do not restrict or limit me.

So, the complete numerological picture of my full name, Philip Franklin Young is:

Summed up, I strive to be a creative mystical pioneer seeking status and strong partnership as my pathway to success in this life.

What Are the Signs That Your Past Life Memories Are Affecting You Today?