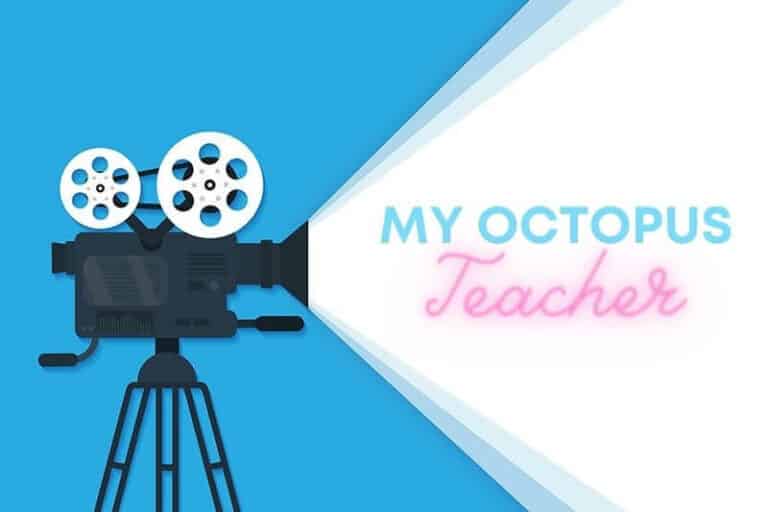 In persistently difficult times, like we are experiencing due to the ongoing pandemic, finding entertainment that can lift us emotionally and spiritually proves to be especially worthwhile.  This article will review the documentary, My Octopus Teacher, which shares the amazing connection between South African filmmaker Craig Foster and a common octopus living in a kelp forest off the coast of Cape Town.

Shot in 2010, the film follows the interaction between Craig and a female octopus he finds free diving in a kelp forest in False Bay, a remote cove near Cape Town.  He begins diving to try to help navigate a personal spiritual crisis that left him feeling without purpose even though he had a successful career as a documentary filmmaker.  He is best known for his 2000 film, The Great Dance: A Hunter’s Story, and his 2010 film, My Hunter’s Heart, where he learned animal tracking techniques from the San people of the Kalahari Desert.

The documentary covers one year of time, the lifespan of an octopus, and the life of the octopus he befriends.  The film is a “deep dive” on many levels: his friendship with the octopus, his connection with the natural world, and the bond he forms with his son over the course of his exploration of the kelp forest and interactions with the octopus.

The cinematography of the film is breathtaking, and Foster completely transports the viewer into the underwater world he explores and shares with the octopus.  Like most documentary films the pace is slow and steady, weaving intricate experiences and emotions into the full hour and a half.

Dealing with a Spiritual Crisis

Perhaps the greatest gift of the film, from a spiritual and wellness perspective, is his willingness to share his emotional spiral down into burnout and depression after living, and documenting, a life of extreme danger, which included swimming with great white sharks and being around some of the most dangerous predators in the world in truly risky ways.

His effort to work on recovering from depression called upon an intuitive understanding of the healing power of water, especially the ocean.  Since he lived on the coast of South Africa, he knew about a very isolated area where he could dive in relative seclusion, which he began doing as a therapeutic solution to his burnout and depression.

Connecting with the Octopus

It was during one of his diving experiences when he came upon the octopus and began to observe and eventually interact with her.  He was very careful not to disturb the ecosystem or really make any “overt” effort to engage the octopus.  He would just visit and observe, until one day she chose to interact with him.

The middle part of the film covers the nearly year-long interaction and discoveries Foster makes about the octopus and the ecosystem she inhabits.  The profound impact of their relationship led him to create the Sea Change Project (https://seachangeproject.com/), which highlights the relationships of life and ecosystems, and human’s impact and learning opportunities if we choose to see ourselves as part of the overall ecosystem of the planet and not separate or detached from our environment.

Family and Connecting with His Son

In the latter part of the film his son, Tom, begins to dive with him.  Filming in less treacherous situations obviously allowed his son to share an experience without facing the same kind of dangers his father chose to explore in his previous work.  In another important way, the film shows the healing power of shared experiences and reminds us that parents face individual struggles that can undo or deepen family relationships.

The growing bond between father and son is another positive and heart-warming aspect of the film.  While this part of the film does not take up much of the filming, it is an undercurrent that frames the movie in the beginning and gets properly revisited at the end.

If you would like to watch a truly amazing film, from a gifted filmmaker and storyteller, then you will definitely want to watch this documentary.  The film also touches on many of the human and spiritual themes that make life worth living and experiencing.  Foster’s willingness to document such an intimate part of his life, and so well, is truly a gift to every viewer.

The Spiritual and Emotional Challenge of Virus Fatigue