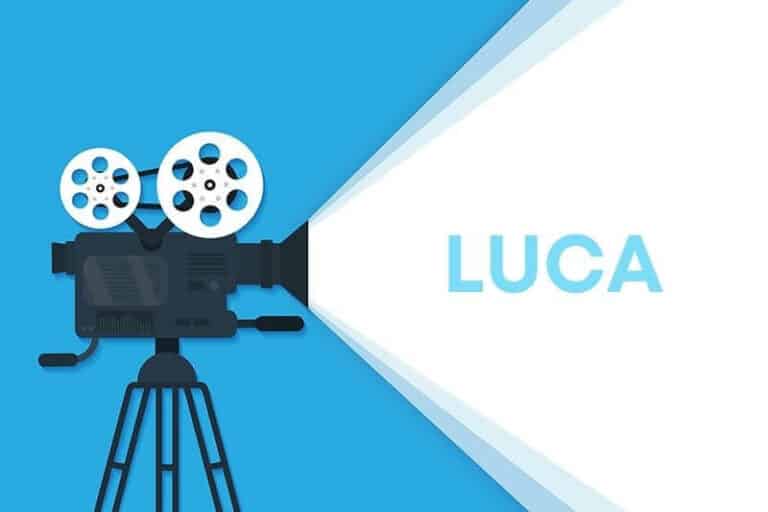 In persistently difficult times, like we are experiencing due to the ongoing pandemic, finding entertainment that can lift us emotionally and spiritually proves to be especially worthwhile. This article will review the Pixar movie Luca, which came out in 2021.

Luca would be described as a coming-of-age film. The story focuses on Luca, a 12-year-old sea creature, who longs to explore the human world. The tropes for the film are well-worn and familiar, so the delivery and execution of them is key to the movie’s success or failure.

Set in Italy, the action takes place in the ocean and the small town by the sea where Luca, his family (mother, father, and grandmother), and a community of sea creatures live. Interactions with humans are few and far between, consisting solely of brief sightings that fuel the imagination and have little to do with the reality of what and who the sea creatures are.

The sea creature’s mother is overprotective, the father is “bumbling”, and the grandmother is “wise to the ways of the world”, actually supporting and even encouraging Luca to pursue his desire to explore the human world. It’s not hard to see a repeat of the themes of the Little Mermaid, but with a few critical differences. Namely, this film is not a romance story and it plays to current issues, mainly immigration, which inevitably involves addressing the fear of the “other”.

Not to reveal too much of the story, but Luca does enter the surface world where he meets another boy who is also sea creature, Alberto. Alberto is living alone and in the surface world, maybe more than he lives in the sea. The boys befriend each other and set off on the adventure to explore the small fishing town together. The usual story-telling devices take all the characters through various transformations, ending with the revelation of the sea creature’s existence and acceptance by the human population.

There is no doubt that the pandemic is causing tremendous psychological distress for all age groups, but especially children. Luca is a gentle adventure story even with the various scenes of danger and threat that rise to meet Luca and Alberto because they want to cross the boundary between their culture and another.

One of the more interesting aspects of the film that is handled well is Alberto’s isolation and how important it is for anyone to feel connected and cared for. Like any story dealing with young people, which is the target audience for most Pixar films, a naïve, hopeful understanding of the world driven by the main characters pushes up against traditional, excluding fears in the adults to drive the transformation towards inclusion and away from separation, which is a constant source of suffering for various characters.

For many children, the pandemic brought a full stop to their daily lives, forcing them to attend school from home and over the internet. They were essentially isolated from their familiar social interactions. While it is obvious how worthwhile the film can be for children in the age group aligned with the characters, 10 to 14, it is also an excellent film for adults, reminding us that an integrated society is much richer and safer than a tribal one, where groups live in fear of each other, fueling aggression because of ignorance.

Male children who are the same age as the characters in the movie should find plenty of moments to relate to what is happening to the lead characters, Luca and Alberto. The secondary, but important female child, Guilia, plays a catalytic role for Luca, by introducing him to school subjects and the learning process through the study of books. She also triggers a key conflict between Luca and Alberto that advances the story in a significant way.

By the end of the movie all characters but the villain, an older boy (probably 16 to 17), Ercole, experience transformation and “grow up”. The revelation that Luca and Alberto are sea creatures, and the acceptance of their existence as an integration rather than destruction reinforces the theme that communities with diversity are stronger, healthier, and safer than ones that are not.

I do highly recommend this film, both as a spiritual advisor and a parent. I, myself, strongly connected with the film because I found myself an outsider trying to fit in each time we moved when I was the same age as the main characters. This connection to the story was especially true when one of my moves took me from the South (North Carolina) to the North (Massachusetts) and back to the South (North Carolina again, with four years between).

I also have a current situation that I found reflected in the movie, with my wife, who is from South Africa, and the process we have been through to get her Green Card, and one for my stepdaughter. Figuring out how to integrate when you are from a different culture, find family if you are displaced, and see the good indifference, is a constant theme of life, which makes Luca a very good film in terms of how it handles all these themes through the lens of the young and old characters.