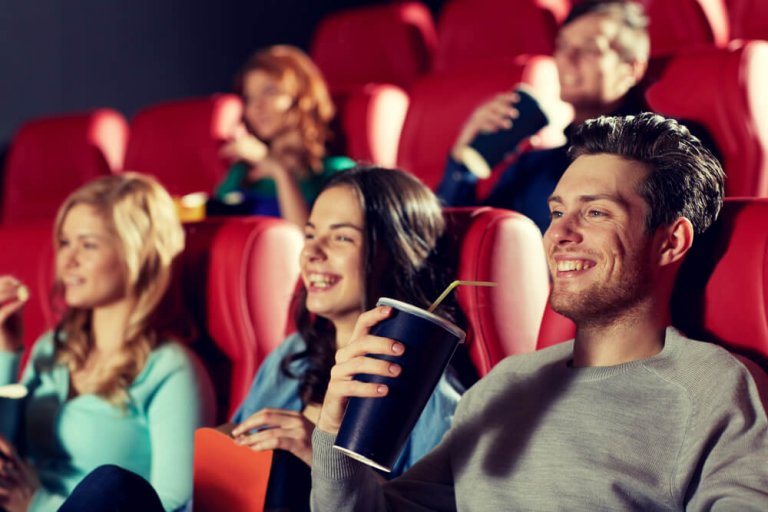 Have you ever wondered why you are fond of any particular movie genre, even more so than others? And have you also wondered why there are some movie genres that you wouldn’t be caught dead watching? Just like why you would like or dislike anything else in life, it all boils down to your zodiac sign.

The reason you would like more than one genre of movies would be influenced by the signs that are the most influential in your personal horoscope. That means your moon and rising sign most definitely has an effect on why you like some genres in addition to others. Let’s now check out the most suitable movie genres that are based on your zodiac sign now.

Aries is the first sign of the zodiac and it is a fire sign, and it is a known fact that the most common traits associated with Aries are being constantly active and passion. That means those who have the Aries sun sign would absolutely feel home when they are watching action-packed movies.

Think movies like Mission Impossible, The Avengers series, Ant-Man, and Deadpool. Those flicks are action flicks which means nothing ever stops. Weapons are also featured in these movies which also is a sign that there is constant fiery action which the Aries would most definitely appreciate!

Taurus is the second sign of the zodiac and it is an earth sign. The terms that are associated with Taurus are patience and the love and need for security and routine. That means Taureans don’t like letting go of the past whether that is a positive or negative thing. They are quite nostalgic and would have the patience to sit through a classic movie that others would not.

With that said, the movie genre that is the most suitable for the Taurus is the classic movie genre. You will see a Taurus enjoying movies such as Gone With The Wind, Casablanca, and Singin’ In The Rain. They have the patience for those movies and an affinity to them that others would find boring.

Gemini is the third sign of the zodiac and it is an air sign. The common traits that come with Gemini are communication as well as curiosity, which means they only would love to watch movies that will constantly make them think. That is why the mystery genre is the most fitting for the Gemini.

The movies that Geminis would most definitely like are Mulholland Drive, Minority Report, Prisoners, and Eyes Wide Shut. Those movies keep you engaged and keep your brain going because you will be wondering all the time ‘what will happen next?’ Geminis need to be stimulated and this genre does just that!

Cancer is the fourth sign of the zodiac and it is a water sign. Cancer is the most maternal sign of the horoscope, and emotion is what is associated with this sign. What brings on emotion? Drama! That is why Cancers would be attracted to Cancer movies because they relate to that genre the most.

That means you will see the average Cancer getting a box of bonbons and a glass of wine ready while putting on either Lady Bird, Citizen Kane, 12 Years A Slave, or any of the Godfather movies. They will eat their chocolates, drink their wine, and cry while watching any of those movies. That is what the Cancer is all about. Any other drama movie would do as well.

Leo is the fifth sign of the zodiac and it is a fire sign. In fact, Leo rules anything theatrical and that is why musical movies are what the average lion or lioness would enjoy watching. It doesn’t matter if the musical is drama-based or comedy-based. Any Leo would not hesitate to go and watch movies such as The Greatest Showman, Chicago, or La La Land.

Those musicals are full of the glam and the glitz and are full of charm which the Leo appreciated about this genre.

For the Virgo, the fact that they need to overanalyze things is a reason that the thriller genre is the most appealing to them. They will be the ones to prefer to watch movies such as 118, Searching, and Get Out more than any other.

Libra is the seventh sign of the zodiac, and it is an air sign.  The main association with this sign is fairness and balance. You would think that the Libra would be into some kind of chick flick because of their love for beauty. However, because of the fact that justice and balance are more important to this sign, the most fitting genre of movies for the average Libra are war movies.

War represents justice, and that is why the Libra associates with the genre the most. That means the Libra will be preferring to watch movies such as American Sniper, Hacksaw Ridge, and Dunkirk.

Scorpio is the eighth sign of the zodiac and this is a water sign. The biggest association with Scorpio is intensity and anything extreme, and this is what the horror genre represents. The Scorpio enjoys being scared as it brings them some kind of euphoric effect, and this is the genre that the average one with this sign relates to so well.

That means you can bet that any Scorpio would have watched all of the Stephen King movies, as well as the Nightmare on Elm Street series, as well as the Hellraiser series, and the Insidious ones as well. These horror movies shock you to the core, and that is what the Scorpio loves.

Sagittarius is the ninth sign of the zodiac and it is a fire sign. The main traits associated with Sagittarius are optimism, a love for learning, and a love for adventure. That is why the best movie genre for this sign is a comedy. The sign appreciates humor, and comedy movies are not only humorous but also include some kind of plot that has to do with an adventure of some sort.

This means you will expect the average Sagittarian to pop some popcorn, go into the den, and put on some kind of comedy movie on Netflix such as Game Night, the Airplane series, or the Naked Gun series, or even Dumb and Dumber!

Capricorn is the tenth sign of the zodiac and it is an earth sign. Because Capricorn is all about seriousness and business, those who have this sun sign don’t have time for fluffy chick flicks, or silly comedies, and don’t have the patience to be scared from watching a horror flick. It is all about business so the only genre that fits them the best is the non-fiction genre.

This means if a Capricorn wants to watch a movie, examples of the movies that they will want to see are Antwone Fisher, Gorillas In The Mist, The Pianist, Lincoln, or The Wolf Of Wall Street. Those are true stories and that is the only thing that the Capricorn has the patience to watch and enjoy.

Aquarius is the eleventh sign of the zodiac and it is an air sign. It is known that Aquarius represents anything that is different, innovative, and scientific. This means the most fitting movie genre for the average Aquarius is the sci-fi genre. And Aquarians also love to keep exploring due to the fact that they are innovative by nature, and sci-fi is really all about exploration and uncovering new discoveries.

This is why the average Aquarian would love to watch any of the Star Trek or Star Wars series, The Martian, Interstellar, or The Thing.

Pisces is the twelfth sign of the zodiac, and it is a water sign. The one thing that is mostly associated with this sign is anything that is not down to earth and anything that has nothing to do with reality. That said, the fantasy genre is the best movie genre that suits the Pisces individual.

Fantasy movies help you get away from the day to day stress and reality in general. These movies distract you from the news that can be quite upsetting to hear. This is why the average Piscean individual will want to escape by watching movies such as Aquaman, the Fantastic Beast series, Wizard Of Oz, Ladyhawke, Solomon Kane, as well as the Harry Potter series.

Now you know what genre of movies fits your sign the most. If you happen to relate to another genre that is not related to your sun sign, then it could be influenced by other factors in your personal horoscope. What is your favorite movie genre, and what is your sun, moon, and rising sign?