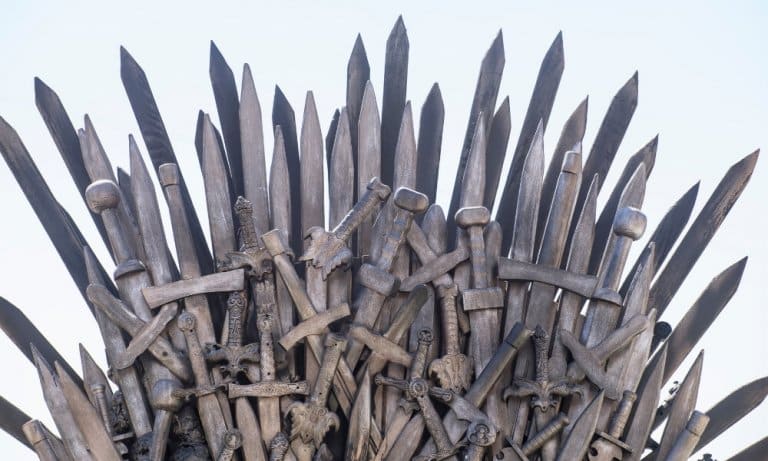 Winter is coming! The final season of Game of Thrones is finally here. After about a year in which the fans of the show try to carry on with their life, while subconsciously thinking: what is going to happen with Daenerys, with Jon Snow, with Sansa, with Arya or with Tyrion? Will they live? Will they die? And which of them will sit on the Iron Throne?

The answers to these questions are some of the most well-kept secrets in the world, but for sure it will be completely unexpected, knowing the surprise factor of the series. We cannot predict who will end up ruling over King’s Landing, but we can definitively say who deserves the most to sit on the throne according to the zodiac. Get ready to know the zodiac signs of the actors of the series and who of them have the zodiac sign, in real life, fitted to be on top of the Seven Kingdoms.

The actress that plays the Mother of Dragons was born on the 23rd of October. Her sign is Scorpio, which is a Water Sign. The planet that rules Scorpio is Mars, but Pluto also has an influence on them. In Astrology, the House of Emilia is the Eight, and in fiction, her character belongs to the house Targaryen, that is more related to fire, because of the dragons.

The part of Scorpio that is more implicit in the role that Emilia plays on Game of Thrones is linked to a great transformation. Daenerys changed from a shy girl, under the shadow of her cruel brother, to a fearless queen with the determination to change the world.

But change is not enough if a Scorpio is searching for longevity on a throne. And not any throne, the Iron Throne. Fortunately, Scorpios have some qualities that are useful for a Queen or a King. The most important is diplomacy. Scorpios are open to making relationships that could get them closer to their objectives.

However, not anyone is suited to gain Scorpios trust, since they choose the members of their inner circle carefully. Although this doesn’t mean that they are not willing to take risks. On the contrary, Scorpio is drawn to anything intriguing, dangerous and mysterious.

The actor that plays the ultimate hero was born on the 26th of December. His sign is Capricorn, which is an Earth-based sign. The planet that rules over Capricorn is Saturn. The Astrological House of Kit is the Tenth, but in fiction (spoiler alert!) this is not so clear, because he is a Stark, but it was also revealed that he is a descendant from a nobler house.

The traits of Capricorn that are more visible on his character is the integrity and the sense of duty. John Snow is someone that always act according to a code. He is not vicious or has second intentions, as some of the other rivals to the throne. As a matter of fact, he has arrived where he is for always doing the right thing.

Apart from this, another advantage of being Capricorn is that persons of this sign are destined for high responsibilities roles. They make great manager and why not, also great kings. Even if they can be demanding, their skills can help them to get people to follow them.

The actress that portrays Arya was born on the 15th of April. Her sign is Aries, which is a Fire Sign. Aries is exalted by the Sun and belongs to the First House of Astrology. In fiction, she is from the house Stark, like John Snow. Although she is now more involved with the worshipping of the Many-Faced God.

Curiously the name of the character of Massie is Arya, which holds a great resemblance with the name of her sign. Another common ground of her character and Aries is that she is her own boss. She was never interested in royalty, but more on proving her bravery.

However, if at the end, there is no one else left with royal blood to claim the throne, as an Aries, she can easily take the reins of the 7 Kingdoms thanks to the Aries leader skills and the level of self-discipline.

The actor that plays Tyrion was born on the 11th of June. His sign is Gemini, which is an Air Sign. Gemini is governed by Mercury and belongs to the Third House of Astrology. The house of his character is Lannister which always pays his debts.

Perhaps the most important trait that Peter transfers from his sign into his character, is the capacity to adapt quickly to any situation. Tyrion constantly faces big disadvantages, but he has always been able to overcome them with his wits and his analytical mind.

And this is precisely what could take a Gemini to the preservation and to the top. A Gemini king or queen will sure be able to fill the gaps or solve problems with an imaginative mind. Their ideas are innovative and full of creativity, and this is very useful if you want to rule.