Jupiter in Gemini in the US Chart: Spread the Word!

Home » Blog » Astrology » Jupiter in Gemini in the US Chart: Spread the Word! 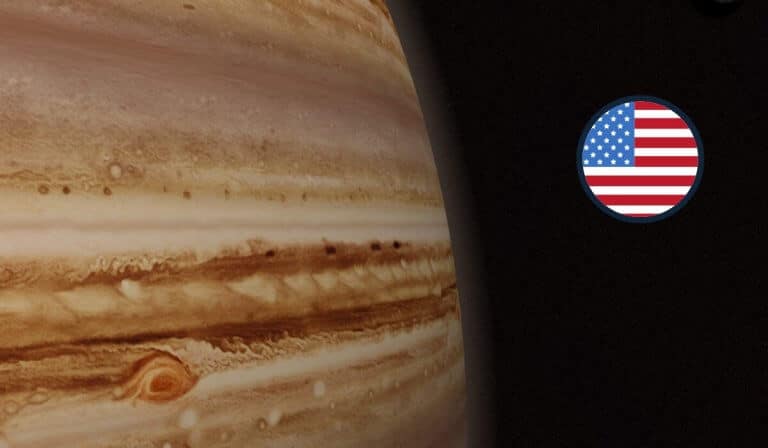 Jupiter is a significant point in the birth chart of the United States. Based on the sign of the Ascendant, which is Sagittarius for the US, the chart ruler is Jupiter.  Jupiter was in Gemini at the birth of the US nation, in the 7th House of Partnerships and the Law.

This article will look at the influence of Jupiter on the design of the US and how it has manifested inside and outside the nation as part of US history and its current expression.

Jupiter in Gemini in the United States Chart

In their book Astrology: the Divine Science, Marcia Moore and Mark Douglas created keynotes and symbols for each point in a sign, starting with the Sun and ending with Saturn.  The keynote for Jupiter in Gemini is, “a variety of intellectual interests enlarge the scope of the mind” and the symbol is, “a world traveler coordinates plane, train, and bus schedules” (87).

The placement in the 7th House is very interesting because this is the House that deals with how others help you, what you seek from others.  American history is the story of migration and immigration, many of the best minds (Gemini) came from around the world (Jupiter) to become US citizens.

With Sagittarius on the Ascendant, the identity of the US hinges on spreading its philosophy, way of life, beliefs, and expertise back out into the world.  There is a push/pull dynamic between the Ascendant and Descendant energy thanks to Jupiter’s placement opposite its sign of rulership.

The First and Final Dispositor of Jupiter in the US Chart

Since Jupiter is in Gemini, its first dispositor is Mercury, which happens to be in Leo.  So, Jupiter’s “expansion energy” looks to Mercury as a guide for how to express itself and incorporate the ideas of others.  The keynote for Mercury in Leo is, “bold ideas are cogently and enthusiastically presented” and the symbol is, “a statesman makes a speech into a battery of microphones” (104). Say it loud and say it proud!

The US way of communicating is like the lead actor presenting the key monologue at the center of the action film.  To make the big and the bold even bigger and bolder, Mercury in the US chart happens to be in the 9th House, which is normally ruled by … wait for it … Sagittarius AND Jupiter. US ideology is “spoken” loudly and enthusiastically.

Moving on to the next dispositor, we get to the Sun, which rules Leo.  The Sun is in Cancer in the 8th House, from there we go on to the Moon in Virgo in the 10th House, which ultimately takes us back to Mercury.  So, the first and the final dispositor of Jupiter in the US chart is Mercury! Is it any wonder that the “voice” of the US is heard around the world?!

The first Sabian Symbol to consider is Jupiter’s degree in Gemini, which is 9 degrees and 14 minutes (9d14m), making it 10 Gemini as a Sabian Symbol.  In his book The Sabian Symbols, Marc Edmund Jones identifies the point as “an airplane falling” and assigns the keyword: CRISIS.

He says, “This is a symbol of the capacity of man to plunge into experience with a complete disregard for consequences, or to act in full independence of those sustainments which his fellows have accepted as limitation”.

Further, he claims, “When positive, the degree is the highly advantageous reorientation of selfhood through every issue, and when negative, defeat through disinclination to lift even a finger in descent self-interest” (218).

The next Sabian Symbol to consider is the degree of the Ascendant, which is 11d44m of Sagittarius, or 12 Sagittarius.  Jones identifies the point as “a flag turns into an eagle that crows” and he assigns the keyword: ADJUSTMENT.

He says, “This is a symbol of the balance which every individual must maintain between the established allegiances which create the substance of his conscious selfhood and the idealized ambitions by which he is self-sustained as an identity in his own right.”

And, “when positive, the degree is successful self-establishment through genuine self-expression, and when negative, idle prejudices and unsubstantiated claims” (221).

Lastly, we need to account for the Sabian Symbol of Mercury, which is 8d42m of Leo, so 9 Leo.  Jones identifies the point as “glass blowers” and the keyword is DEFTNESS.

He says, “This is a symbol of man’s inexhaustibly creative skill of and genius of self-application, and of his inherent urge to perform the tasks to be done and to have justification in the ideals to which he would give expression.”

And, “when positive the degree is an effectiveness of personal participation in everyday existence, and when negative, willful or unintelligent distortion of reality” (278).

There is only one tight aspect to Jupiter, and surprise, surprise, it happens to be a sextile with Mercury.  Mercury is almost perfectly 60 degrees away from Jupiter and it is approaching the exact alignment, which makes the aspect all that much stronger. The degree of difference is only 31 minutes, not even a full degree.

Mercury and Jupiter are in a complementary and self-reinforcing relationship, fire and air by sign (Leo/Gemini), fire and air by House (9th/7th), and air and fire by point (Mercury/Jupiter).  This really is a chart of a superhero or a pompous blowhard.  And since it is the chart of a country it can reflect these energies in oscillation depending on the progression of the chart and the transits activating the chart.

In 2016, Neptune squared with the US natal Jupiter and the Ascendant while moving through the 4th House of the US chart.  The energy of dreams and illusions “squarely” triggered the US identity and its ideology.  This past year Jupiter actually opposed the US Jupiter, indicating a need for balance or re-balancing.

These transiting energies indicate a significant change in the philosophy of the US and its worldly position and presence. With both the Jupiter and Neptune transits past the exact opposition and square, the consequences will begin to emerge.  The Jupiter opposing Jupiter consequences will be revealed rather quickly while the Neptune square to the Ascendant and Jupiter will only reveal themselves over time and may not entirely until Neptune leaves Pisces in 2026.

Getting to Know Juno in Astrology

How The Major Arcana Of The Tarot is Associated with Travel