Halloween, The Moon and Hecate – The Goddess of Ghosts and Crossroads

Home » Blog » Psychic Readings » Halloween, The Moon and Hecate – The Goddess of Ghosts and Crossroads 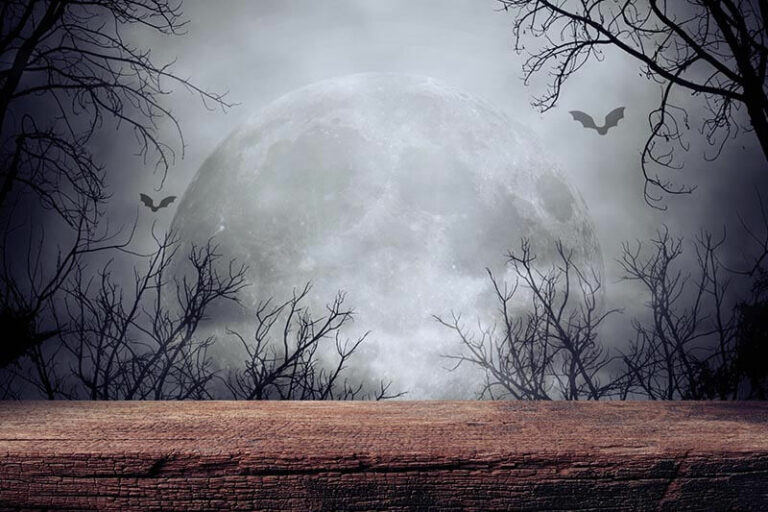 The Tarot card that in a reading can suggest a vivid dream, a vision, a psychic or supernatural experience or even a ghost is The Moon card.

Halloween is designated the season of ghosts. Why is that?

Halloween or All Hallows Eve is celebrated 31 October each year, marking the half-way point between the autumn equinox in the northern hemisphere, 22 September, and the winter solstice, which in 2021 will occur on Tuesday 21 December.

Halloween began as a pre-Christian Iron Age festival 2000 years ago among the various peoples of Britain and Northern Europe known as the Celts.

In parts of Britain and the Republic of Ireland Halloween is still called Samhain (pronounced Sow-an, from Gaelic/Irish) meaning ‘summer’s end.’

This is a critical turning point of the year from the ancient survival point of view of food production, harvesting and storage, as the days grow shorter, the nights longer, vegetation decays, temperatures drop – and possibly more people get sick.

From Halloween in the Anglosphere, to Alfblot in Scandinavia, to The Day of the Dead in Spanish speaking countries, the period 31 October – 3 November is a festival marking the end of the harvest season.

Now we are preparing for the decay of vegetation, the coming darkness, and the possible hardships of winter. This seems a natural time to be marking the remembrance of the Dead.

Russia does not celebrate Halloween, and it is not approved by the Orthodox Church, though it has been gaining popularity among young people since the 1990s.

In France, Halloween is not a traditional festival, though again, certain elements may be celebrated, imported from the US in the twentieth century, but La Toussaint or All Saints Day, is a widely celebrated national holiday 1 November.

This time of year represents a ‘liminal’ space, a threshold – a doorway of some kind, an ‘in-between’ space between outside and inside, one room and another, or between summer and winter, night and dark, and therefore symbolically, between Life and Death.

Being half-awake or half-asleep is an ‘in-between’ state of mind or consciousness, when we are might have a powerful frightening or psychic dream experience.

Any liminal ‘in-between space’ is understood as a sacred or magical space, a gateway through which ghostly or magical (magickal) things may manifest.

A doorway is a space to be protected. Crossroads are in-between spaces, representing a choice of directions or possibilities.

Hecate, Goddess of Ghosts and Crossroads

There is no presiding god or deity of Halloween. Hecate is an ancient goddess of the night, the heavens and the waning Moon. Over many ages she has become inextricably linked with ghosts and witchcraft and by association, with Halloween. Hecate is viewed as the chief goddess presiding over witchcraft with followers today amongst neo- Pagans, Wiccans and solitary occult or magickal practitioners.

She is a necromancer- someone who can speak with the dead,

The name Hecate comes from the ancient Greek meaning ‘from afar ‘or the ‘worker from afar.’ This working at a distance is in the very nature of a spell.

Hecate was the daughter of the titan, Perses, and the nymph Asteria, and this gave her powers in heaven, on land and by sea. But her story goes back way before the Greeks, to the Anatolians (Asia Minor) and before that, possibly to the Babylonians and Sumerians who knew her as Innana, Queen of The Heavens, and later as the goddess Ishtar who was associated with love, beauty, sex, war, justice and political power.

Later, these more ancient story traditions became absorbed into Greek Mythology, passing next to the Romans, who spread the mythology as they expanded their Empire.

The Kindness of Hekate

Hecate is a patron goddess of dogs. In Greek myth, the tragic queen Hecuba of Troy deliberately jumped overboard a Greek ship and drowned as she was being taken away into slavery after the fall of Troy. Hecuba was broken by grief, distraught at the deaths of her king and so many of her children, and at the fall of her city, and the ruin of her people at the hands of the Greeks.

Hecate rescued the drowned soul of Hecuba, and transformed her into a dog, comforting her with forgetfulness, to be freed of her memories of sorrow. This dog is Hecate’s beloved companion and is a friendly familiar spirit, not like the three-headed dog Cerberus (his name means ‘Spot’) who guards the gates of the Underworld.

Now she is called upon as a protector of all dogs, and likewise she is a protector of the home (as is a good dog) Pillars called Hecataea stood at crossroads and doorways, for good luck, to ask her to keep away any unwanted visitors, including evil spirits.

Hecate became one of several deities worshipped in ancient Athens as a protector of the oikos (household) alongside Zeus, Hestia, goddess of the hearth, the messenger god Hermes, and the sun god, Apollo.

Hecate is regarded as a dark deity on account of her associations with witchcraft, but she stands for both dark and light, death and birth, and as a protector and guardian of mothers, dogs and owls.

Her colours are black and red.

Her symbols are keys, torches,

Her totem animal is the dog and the Barn Owl, also known as the screech owl.

-Protection of the household, family, mothers, children and childbirth.

-Help for lost or sick pets and animals, dogs in particular.

Care and respect are required as with any request.

The best time to make a request of Hecate is during the time of the waning crescent Moon or at the New Moon. A free online lunar calendar will easily identify these dates. (Halloween 2021 will be a waning Crescent Moon)

Decorate and dedicate a small corner, perhaps in a windowsill facing the Moon when you can see it, decorated with artwork of Hecate, Moon, dogs, owls, keys or other totems.

It is only polite to say thank you when asking for help with something, or to acknowledge receiving help.  We could for instance:

– Offer a small glass of mead, or a spoonful of honey in water. Hecate likes honey, pomegranates (as did Persephone) lavender, garlic (unlike vampires) breads, sweets and anything shaped like crescent moon (she would probably enjoy a virtual croissant)

– Make a donation to support rescue dogs, or a local owl rescue centre, and tell her you are doing this in her name.

– Just like with a birthday cake, offer a slice of cake or a cupcake with a candle. Make your request. Blow out the candle.