Home » Blog » Horoscopes » The Darkest Secrets According to Each Zodiac Sign 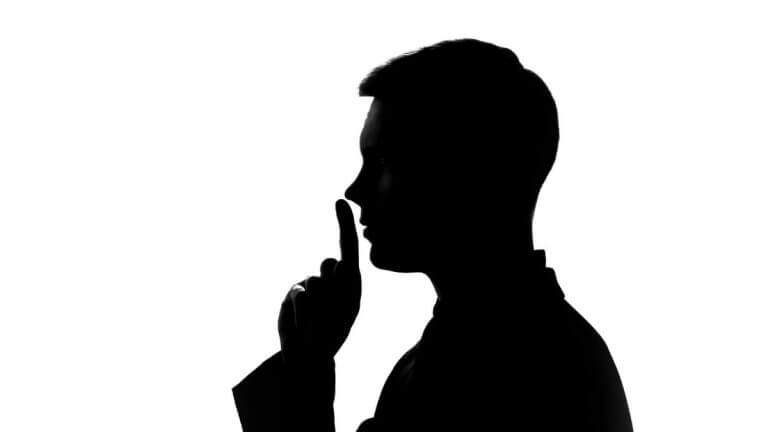 Aries is the first sign of the zodiac and it is a fire sign and it represents, passion, action, and initiation. However, it is a known fact that impatience is a downside of the Aries. There is another major downside as well, which is a deep dark secret that the Aries has!

The typical Aries will absolutely not stand for anything that does not go their way. This means if they don’t like how something is turning out, they will make hasty decisions to do anything too manipulative anything, so it has a chance to go their way – but that rarely happens. Think about a cop pulling the Aries over for speeding. The Aries will not obey and speed off even further! That scenario never ends well.

Taurus is the second sign of the zodiac and it is an earth sign that represents stability, security, tenacity, and love for materialism. But how much love does the Taurus have for materialism? More than you would think!

In fact, the typical Taurus will indulge in materialistic items more than they really need because that is their deepest secret. If you notice a Taurus wearing 3 different types of trendy shoes in a week, don’t be surprised to learn that they have 100 different pairs of trendy shoes.

Gemini – Can Be Unfairly Judgmental

Gemini is the third sign of the zodiac and it is an air sign that represents communication, versatility, and movement. It is a known fact that the Gemini tends to talk more than they listen and can change their moods instantly.

However, this sign is extremely judgmental and will make judgments on appearances. They will also make judgments towards those who they know very little about. For instance, if they hear that a young woman steals a sandwich from a convenience store, they will immediately say she is a thief. They won’t know that she doesn’t have a lot of money and needs to feed her child and is in a desperate place to do that.

Cancer is the fourth sign in the zodiac, and it is a water sign that rules nurturing, home, family, and emotions. Those who have this sun sign are known to be very maternal and will put their needs at the back burner to help someone else. But deep down they want to appear to be martyrs for attention and sympathy.

They will put themselves out and will knock themselves out by tending to others’ needs. But they will make it known that they did this for you and how tired and sick they have gotten as a result. And they also crave attention even if they haven’t done anything for you.

Leo is the fifth sign of the zodiac and it is a fire sign that represents creativity, youth, fun, and loving the spotlight. This is the royal sign and those who have this sun sign make that known. It is known that Leos love to hog the spotlight because they enjoy being the center of attention.

However, they really, in fact, have a need for their egos to be constantly fed. They feel the best when others tell them how great they are and make them feel important. They will immediately shut you out if they are ignored or criticized.

Virgo – Constantly Battling Demons That Are Within

Virgo is the sixth sign of the zodiac and it is an earth sign that rules work, service, and being detailed and analytical. And those who have this sun sign are often looking for perfection. They are very fussy with their jobs being done right. They may also appear to be judgmental if you do something that is less than perfect. However, the ones who they are judging the most, are themselves.

Virgos are constantly battling inner demons that are making them believe that they are not worthy. They have a lot of anxiety over this, and they will never want you to know this about themselves. But it is true. They have many of their own demons to battle.

Libra is the seventh sign of the zodiac and it is an air sign that represents peace, harmony, and balance. And it is a known fact that those who have this sun sign really do not like conflict and will do anything to avoid it. That also means that they will resort to being complete pushovers just to avoid a possible conflict.

That is right. The Libra will go against their will and neglect their wants and needs just to avoid a fight. If you tell a Libra to go 200 mph for the sake of it, the Libra will do it and not consider the consequences.

Scorpio is the eighth sign of the zodiac and it is a water sign that rules intensity, extremes, and passion. And it is a known fact that those with this sun sign will either be your fierce protector or your worst nightmare – depending on the side you end up on.

However, the one thing that you don’t know about Scorpio is how jealous they even really are. You may know that jealousy is a trait, but you don’t know how deep it can be with a Scorpio. The last thing you want to do is make a Scorpio jealous! They will not let it go and it will consume them.

Sagittarius – Very Judgmental About Your Beliefs

Sagittarius is the ninth sign of the zodiac and it is a fire sign that rules travel, adventure, and optimism. Those with this sun sign love to explore and learn and are very much into religious or spiritual beliefs. However, if your belief is different from theirs, they will judge you for it.

The Gemini is judgmental when it comes to superficial things such as appearances. Sagittarians can be quite dogmatic, dismissive, and fail to see the perspectives of others.

Capricorn – They Are Just as Emotional as Their Mirror Sign

Capricorn is the tenth sign of the zodiac and it is an earth sign that rules business, seriousness, and organization. Those who have this sun sign put on an icy exterior and seem that they lack emotions. And, the Capricorn puts up that facade, but it is just that – a facade.

Capricorns are extremely emotional deep down and are very much as emotional as their mirror sign, Cancer. They also can be quite romantic. They are not nearly as cold as they appear, but they want to appear that way!

Aquarius is the eleventh sign of the zodiac and it is an air sign that represents innovation, eccentricity, humanitarianism, and uniqueness. Those with this sun sign are known to march to their own drummer, rebel, and don’t like to conform. They also are quite detached, but not necessarily by choice.

Even though they don’t like to conform and want to do their own thing, they still feel lonely and they feel isolated. They do feel like outcasts and a part of them deep down wishes that they’d fit in.

Pisces is the twelfth sign of the zodiac and it is a water sign that rules art, nurturing, dreaminess, intuition, and emotion. Pisceans are the first ones aside from Cancer to be there for you when you are in need of it. They also are excellent romantics. However, if you get too serious romantically with a Pisces and develop a strong relationship, it will not likely last.

Pisceans are terrified of commitment and they are ashamed to admit it, but they are! They would be happy to have an ongoing relationship as long as they know they will not have to be committed in any way. A marriage proposal will scare them off.

Now, answer this one. Do some of these other deep secrets resonate with you even though they are not aligned with your sun sign? Check your moon and rising signs, and then you can see how that will affect you as well as far as your secrets are concerned.