Given the role that our zodiac signs play in influencing our lives: through guiding certain behaviors and personality traits, it should come as no surprise that certain zodiac signs find themselves naturally rebelling against authority. So, which are the most nonconformist zodiacs?

In this article, we’re going to touch on the 5 most nonconformist zodiacs. We’ll look at which of their traits lead to this behavior, and we’ll also consider various aspects of zodiac sign compatibility in relation to this lack of conformity and the desire to stand out from the rest of society.

So, what are the most nonconformist zodiacs and what is nonconformity in general? Nonconformity refers to the desire/ability to diverge from mainstream trends and practices.

For example, if you refuse to join social media then you may be labeled a nonconformist in that regard. If you don’t own a smartphone, instead choosing to stick to a more basic cell phone, then you’re choosing not to conform to technology trends.

Out of all 12 signs, which would you believe to be the least conformist? The most common answer is Leo: the fiery desire to stand out and be the center of attention certainly makes Leo a candidate. However, you may be surprised to hear that Leo doesn’t make the list. Let’s look at those signs that do: Scorpio, Aries, Sagittarius, Gemini, and Aquarius.

First on our list of most nonconformist zodiacs is Scorpio. Given that the sign of this zodiac is a scorpion, one with a large stinger, it may not surprise you that those born under this sign don’t feel the need to play by society’s rules.

The bravery of Scorpio means that the fear many of us feel when diverging from the rest of the pack isn’t as powerful. Combined with passion and resourcefulness, there is very little that can stand in the way of a determined Scorpio, and this combination of traits is what leads a Scorpio to forge their own path, regardless of what their friends, family, peers, or role models flaunt as being the path to success.

The stubborn and secretive nature of Scorpio means that even if nonconformity isn’t working out in the way they had hoped, they won’t accept defeat. In many cases, this will eventually lead to a successful outcome as Scorpios are tough and able to push through challenges. They are known for picking their battles wisely, but that doesn’t mean they’ll wave a white flag at the first sign of defeat.

Despite both being nonconformist, we can see the strong difference between the nonconformity of Scorpio when compared to that of Aries. This sign is represented by the Ram, a creature known for being both literally and metaphorically hard-headed.

Those born under Aries are natural born leaders. They have the confidence necessary to stand up for what they believe in and their optimism allows for a constant ‘cup is half-full’ perspective of the world. An Aries is willing to provide courage where others lack it, meaning that standing up for those in need is practically a dream come true.

The impatient, and often impulsive, nature of Aries means that new causes can be found anywhere and everywhere. If somebody is being treated unfairly or someone is abusing their position of power, an Aries will struggle to turn a blind eye. This natural drive to do the right thing often leads Aries into the rebel camp: standing up to be a voice of the people, particularly when they are the minority.

Sagittarius is often considered to be one of the happiest and cheerful of all the 12 signs. As such, it might surprise you to see this sign on the nonconformity list.

Those born under Sagittarius are generous and idealistic. These two traits are positive in nature but can lead to a somewhat skewed perception of the world. Where Aries views the cup as being half-full, Sagittarius leans more towards the cup being half-empty. Things, both in their personal lives and from a societal perspective, are never as good as they could be. This will often lead a Sagittarius to stand up for what they believe in.

However, there is such a thing as having too much optimism. These individuals will often feel that perfection is just a small step away, often leading to them promising much more than they could ever deliver. This is particularly true when you find a Sagittarius in politics, usually within a fringe underdog party. Their impatience causes them to feel more outrage and they will often approach a problem from a rather non-diplomatic approach, as the ends always justify the means.

When it comes to the most nonconformist zodiacs, we’ve already looked at several different types of nonconformity. Gemini is another rather unique example. Gemini is viewed as being the gentle zodiac, and so nonconformity might sound a little outside of their description.

In truth, a Gemini can be so easy-going and adaptable that they don’t even realize that the path they’ve taken is one of nonconformity. If we consider social media, a Gemini example that we mentioned earlier might simply not feel the need to join such platforms rather than actively taking a stand against the premise. A curious mind combined with quick-learning allows Gemini to make the most of any situation. The line between conformity and nonconformity is blurred for those within this sign.

Last on our list of the most nonconformist zodiacs is Aquarius. When it comes to zodiac sign compatibility, you’ll notice strong similarities between the traits of Scorpio, Aries, and Aquarius, particularly when it comes to nonconformity.

Aquarius is a sign associated with independence and progressiveness. They can be flexible and adaptable but can be uncompromising, particularly when they strongly believe themselves to be right, something that we see within Scorpio. The humanitarian nature of Aquarius is like that of Aries: they strive to stand up for those in need, particularly against any mainstream power.

Aquarius will often choose to approach an argument with facts and figures, staying as far away from emotional expression as they possibly can. People don’t connect well with this approach and so Aquarius will often find themselves arguing from a minority position. Interestingly, despite their similarities, Aquarius isn’t strongly compatible with Scorpio or Aries. There is a much more powerful zodiac sign compatibility between Aquarius and Sagittarius, due to their strong ideals.

The Chart of George Floyd’s Death 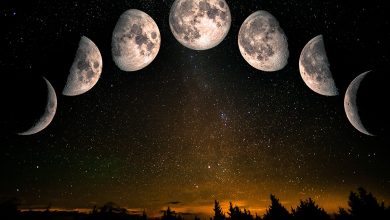 Working with the Lunar Cycle to Enhance Productivity, Creativity and Efficiency

Waxing Gibbous Moon
The moon is currently in Sagittarius
The moon is 12 days old
Back to top button
Close
We use cookies to give you the best experience. Continuing using this site we assume that you are happy with it.
Accept Read More
Privacy & Cookies Policy
Necessary Always Enabled