Stress Triggers and the Zodiac Signs 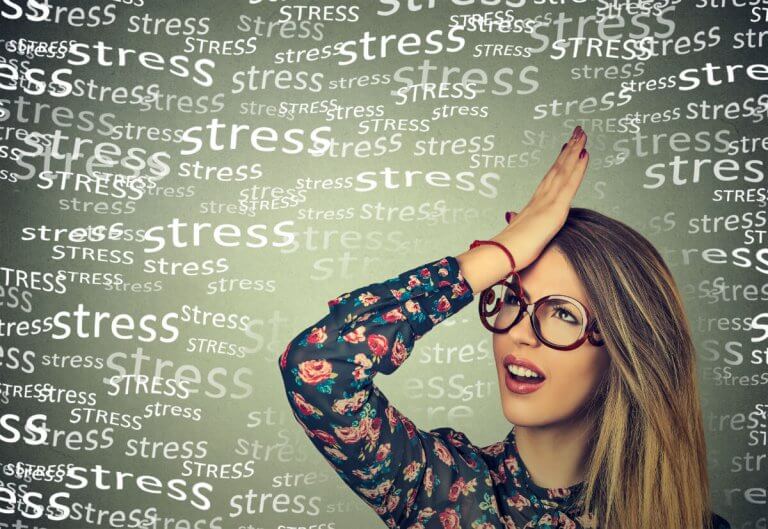 What stresses you out the most? What is the one thing that really gets on your nerves? We all have a serious pet peeve or a major stress trigger. And if you read about the stressors that are the worst for you based on your sign, this may resonate. And you will read all about the stress triggers and the zodiac right now. Surely, you will resonate with one or more of those stressors based on your sun and your rising sign as well.

Aries – The Fear of the Inability to Accomplish Tasks

Aries is the first sign of the zodiac and it is a fire sign which means that the Aries is meant to get things initiated and has the passion and power to get things done. However, whenever the Aries individual becomes ill or runs into a problem that will prevent him or her from knocking out those tasks – that is when the stress levels rise.

The Aries individual feels quite vulnerable for not being able to have the power to get things done, and that is what stresses those with this fire sign out. Sometimes, however, it is not possible to get tasks done because illness and other things get in the way and this is something that everyone – including the Aries individual needs to realize.

Taurus – Being Incompetent and the Inability to Resolve a Dispute

Taurus is the second sign of the zodiac and it is an earth sign that represents loyalty, tenacity, security, and a love for the material things. And Taureans are naturally hardworking and have to show others that they are competent to finish a task. However, if they feel that they are failing at doing something no matter how hard they are trying – and Taureans try pretty hard at everything, this is a huge stress trigger for them.

Taureans not only are stressed over feeling incompetent but they are also stressed if they had gotten into a dispute over something and it cannot be resolved. Peaceful Venus rules the sign so it is no wonder that they would be upset if they thought that they had hurt someone’s feelings.

Gemini – Everything and Anything, Literally

Gemini is the third sign of the zodiac and it is an air sign that represents communication, versatility, and movement. And, Geminis need to be kept busy in order to be calm and happy. That is because literally, anything can throw them into a frenzy such as a slow person walking in front of them, a car cutting in front of them while they are driving, and even something as minor as someone mispronouncing their names.

They make mountains out of molehills. And the best thing for the Gemini is to literally stay busy so they are not nearly as bothered by these inevitable nuances.

Cancer is the fourth sign of the zodiac and it is a water sign that represents nurturing, a love for the home and family, and emotions. Cancers also need to feel safe as if they are at home. And if the Cancer does not at all feel safe, then that is a huge stress trigger.

Additionally, offensive words or actions towards the Cancer is a very strong stress trigger as well since they are highly emotional. And since Cancer is also tied to the digestive system, too much stress from uncontrolled emotions can lead to ulcers.

Leo is the fifth sign of the zodiac and it is a fire sign that represents playfulness, youth, and royalty. Those who have this sign love to be in the spotlight as well. However, as much as the lion or lioness dislikes not having the attention they wanted, lack of attention is not the biggest stress trigger for them.

Leos hate anything that happens that is beyond their control. Whether it is due to a computer breaking down out of nowhere or them looking forward to a big event and then they get sick or their dates get sick. Problems that happen as a result of anything due to that is out of their hands is the biggest stress trigger for the lion or lioness.

Virgo – Overthinking and the Inability to Fix Things

Virgo is the sixth sign of the zodiac and it is an earth sign that represents analyses, detail, organization, health, wellness, work, and service. Those who have this sun sign are prone to overthinking and overanalyzing things which is a huge stress trigger to them. Because think about it. Anyone who has too much time to think will be anxiety-ridden and it is even worse for the Virgo individual due to their nature.

They also become very upset if they can’t fix something that is out of place which can include a loved one being unwell. The Virgo wants to help them feel better so much and the fact that he or she cannot do that is a huge stress trigger. Virgos are perfectionists by nature and this example shows that.

Libra is the seventh sign of the zodiac and it is an air sign that represents beauty, fairness, and balance. And, that means nothing stresses a Libra out more than seeing unfair treatment and a lack of justice. When it comes to a criminal that was allowed to walk away for committing a heinous crime, that would most definitely stress the Libra out because there is a lack of justice.

However, the Libra would be just as upset and stressed out if he or she felt that there was unfair treatment on a personal level. And what even adds to the stress is having to confront someone due to this issue since Libras are non-confrontational as it is.

Scorpio is the eighth sign of the zodiac and it is a water sign that rules intensity, passion, extremes, and secrecy. And this is why Scorpios become very triggered if they feel that they are getting a lack of privacy. If they are doing something in a bedroom even as simple as writing a letter to someone, they will become very upset if someone barges into that room because the Scorpio just wants their privacy.

Additionally, if the Scorpio feels pressured to have something done by a certain deadline, that is a stress trigger as well. This is a sensitive sign, and anything can set it off!

Sagittarius – Being Forced to Be Patient and Having Time Wasted

Sagittarius is the ninth sign of the zodiac and it is a fire sign which represents optimism, adventure, exploration, and always having to be on the go! That is why stress triggers for the Sagittarius are being caught in traffic jams and having to have their time wasted by sitting in traffic. That also means they will be antsy since they have to be on the move all the time.

The same applies to wait a long time for an elevator to arrive, or if someone who they are expecting to have over is late. Especially with the lack of notice. These a major stress triggers to the Sagittarius.

Capricorn – Failing to Live Up to Own Expectations

Capricorn is the tenth sign of the zodiac and it is an earth sign that represents seriousness, the corporate way of living and thinking, and sophistication. And it is not a surprise that Capricorns put a lot of pressure on themselves and expect that they only perform the best way they can no matter what.

However, the reality is that Capricorns are doing a lot more harm than good when they are placing themselves high on a pedestal because they will fall off. And when they see they are not able to perform as well as they had hoped, they become very upset and stressed. They need to remember that only excellence can be strived for because striving for perfection is not possible.

Aquarius – Being Told What to Do

Aquarius is the eleventh sign of the zodiac and it is an air sign that represents uniqueness, innovation, and humanitarianism. It would not at all be a surprise that a triggering factor for the Aquarius would be whenever he or she would be told what to do by others because they do march to their own drummer. If they are feeling as if they are forced to conform, that brings them a lot of stress and they will only rebel.

They will go by rules only if it is for moral reasons but other than that they will continue to do their own thing and will not abide by the wishes of others.

Pisces is the twelfth sign of the zodiac and it is a water sign that represents intuition, art, dreaminess, emotion, empathy, and it is a highly sensitive sign. With that said, if the Pisces is feeling overstimulated from being in crowds, or is surrounded by loud music, or anything that can be overwhelming, this will stress out the Pisces.

Do any of these resonate with you? And if so, which stress trigger is it for you and does it match any of your major signs? Additionally, how do you handle it if you were to become triggered?

How to Manifest Your Dreams with the Law of Attraction