What Are the Weaknesses of the Zodiac Signs?

Home » Blog » Horoscopes » What Are the Weaknesses of the Zodiac Signs? 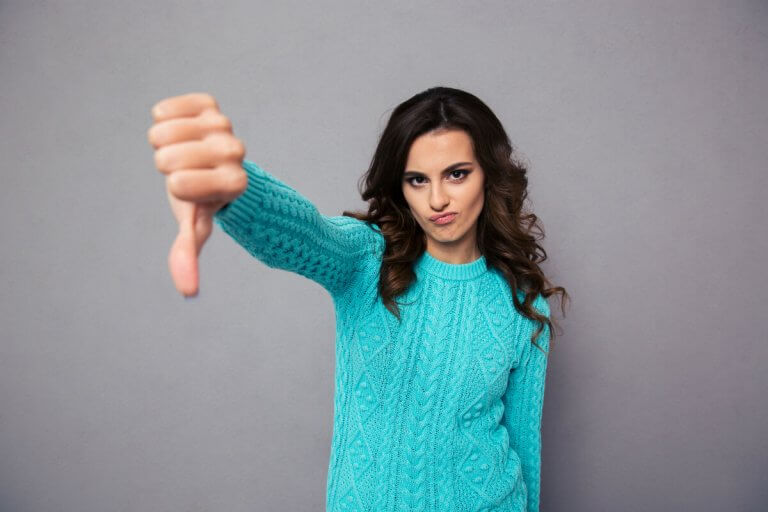 And in this article, the light will be shed on the forgotten negative traits of each sun sign. Are you ready to find out what your biggest vice is based on your sign? You will now know what the signs are really bad at!

Aries is the first sign of the zodiac and is a fire sign that rules initiation and being quick. You have heard as well that the downside of those who have this sun is being impulsive. And impulsivity and impatience are not the only vices of Aries.

Those who have this sun sign are known to have a pretty explosive temper. And they really do have a hard time controlling their temper as they can throw items and ruin them or hurl out hurtful words. They do end up regretting it but this is why Arians should have a punching bag to use at home when they feel they are going to lose their temper.

Taurus is the second sign of the zodiac and it is an earth sign that rules stability and the appreciation for the finest things in life. And it is a known fact that the common vice that is associated with Taurus is overindulging. However, whenever you hear that a Taurus refuses to budge, then that is no joke.

Taureans are one of the groups of folks that are quite inflexible. They will only make changes if it serves them to make the change. And the thing about Taurus is once they do actually make a change, they will not go back either.

Gemini is the third sign of the zodiac and it is an air sign that rules communication, movement, and variety. Geminis love to talk and they love to learn, and they will listen in order to learn something however, they do not have the best concentration.

The mind of a Gemini is always moving and as a result, their concentration is poor unless it has to do with something that interests them. However, if you tell a Gemini something important, don’t count on them to remember it.

Cancer is the fourth sign of the zodiac and it is a water sign that rules emotion, nurturing, family and home. Those who have this sun sign are known to be overemotional, but they are also known to be extremely overbearing and overprotective to the point of being a helicopter parent.

And many Cancers are indeed helicopter parents by literally hovering over their kids. This will only make others distance them because they need their privacy and independence as well.

Leo is the fifth sign of the zodiac and it is a fire sign that rules royalty, creativity, playfulness, and the love for being in the spotlight. You likely had heard that Leos are known to do anything for attention. However, that is not the only issue they have. They are not the best at getting their priorities straight.

For instance, they may be in dire need to take their car in for an oil change, but they will choose to go to the salon first because that is the thing that is the most important to them. They tend to get their wants and needs mixed up meaning that they prioritize their wants first.

Virgo is the sixth sign of the zodiac and it is an earth sign that represents health, service, and work. Those who have this sun sign are known to be analytical to an extreme. And this is why they have a hard time relaxing. If something isn’t right, they will obsess on it because it has to be perfect. And this causes them to become stressed out and they just don’t know how to relax

They are quite uptight, and you just want to tell them to take a day off and chill, but chances are they won’t listen! They are unsure of how to do that.

The Libra would much rather watch their favorite Netflix movie and eating popcorn relaxing on the sofa in their jammies than finishing up a task or a project. And will have a hard time being motivated in order to do that. They will literally leave things to be done at the last minute.

Scorpio is the eighth sign and is a water sign that rules passion, secrets, and extremes. Those who have this sun sign are excellent with being secretive and can be incredibly passive-aggressive. And due to their secretive nature, they will hold a grudge and keep it in until something triggers them to explode and lose their temper. That is when things get ugly.

If Scorpios were more upfront about what was bothering them right away, then they could be able to convey their perspective well and would eliminate the need to explode as well as the problems that come with bottling up feelings.

Sagittarius – Saying Things They Regret After

Sagittarius is the ninth sign of the zodiac and it is a fire sign that rules optimism, higher education, spirituality, and adventure. Those who have this sun sign are known to not stick to the rules and not want to be tied down in any way at all. However, they are also too honest to a fault, the opposite of Scorpio.

In fact, they can be so blunt that they often say things that they do regret after. Being honest and truthful is a respectable way to be, but it does not mean it has to come out in a harsh or callous way either.

Capricorn is the tenth sign of the zodiac and it is an earth sign that rules business, seriousness, and organization. And those who have this sun sign not only don’t find a need to have fun. However, they also are not good at expressing empathetic.

It doesn’t mean necessarily they aren’t empathetic. However, they just are not good at expressing it which makes others think they don’t care about them. Capricorns really do care and are not nearly as cold as they come off. However, their business-like manners can cause them to appear that way.

Aquarius is the eleventh sign of the zodiac and it is an air sign that rules nonconformity, humanitarianism, innovation, and uniqueness. Those who have this sun sign are not those who like to blend in as it is. And that also means they are the types that really don’t want to talk to anyone unless there really is something worthy of talking about.

Aquarians will not be the types to talk about the weather or the best or worst restaurant in the city. Small talk is not something they are natural with and many of them are not too concerned about this fact either, even if they know it.

This means they let people into their lives who don’t have the best intentions, and they also don’t feel comfortable with saying no when they should. This is a big struggle for Pisces.

So now that you read about the weaknesses of each sign, do you resonate with any of these? Remember as well that your rising and moon sign can have an effect as well!