The Cardinal Signs of the Zodiac 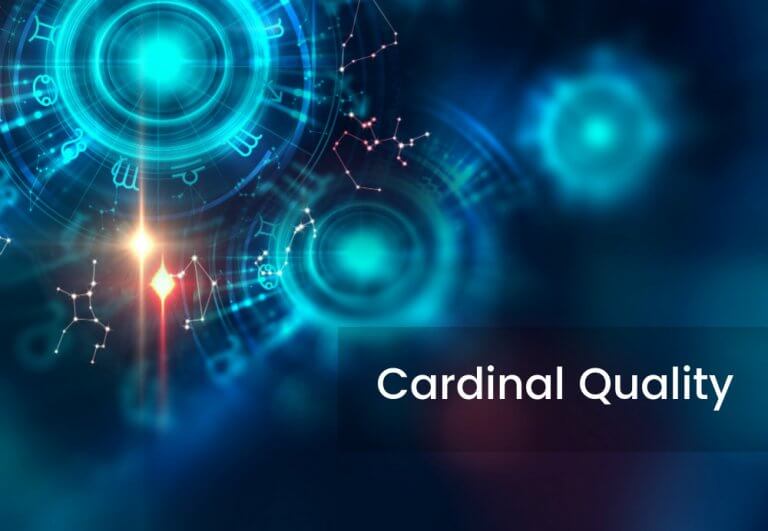 Cardinal signs represent new beginnings and initiating energy. They involve themselves directly with the external world and take direct action based on their inner impulses. People will demonstrate this energy in certain ways based on which points are in Cardinal signs.

Based on four key positions of the Sun on a given day, the Cardinal signs rule the four angles of the Zodiac. When the Sun rises and crosses the horizon, the point where it does so is called the Ascendant (ASC), which is ruled by Aries.

Once the Sun reaches its highest point in the sky on any given day, that location is known as the Medium Coeli (MC or Midheaven), ruled by Capricorn. When the Sun sets for the day, that moment is defined as the Descendant (DSC), ruled by Libra.

And when the Sun is at its lowest point in relation to the horizon, in the middle of the night, that location is known as the Imum Coeli (IC), ruled by Cancer.

People born between March 21 to April 19 have an Aries Sun sign. The symbol for Aries is the ram. As the Cardinal Fire sign, these individuals initiate by taking action; they lead by doing.

They are at their best striving to be free, acting independently, and pursuing maverick opportunities. They need to learn self-discipline to make the most of their life journey.

People born between June 21 to July 22 have a Cancer Sun sign. The symbol for Cancer is the crab. As the Cardinal Water sign, these individuals initiate using their emotions, their caretaking instincts, and their desire to heal.

They are at their best leading people who share strong emotional bonds (first and foremost, the family), need to be nurtured, and need to develop emotional intelligence. They must learn “emotional balance” to manifest their best results.

People born between September 23 to October 22 have a Libra Sun sign. The symbol for Libra is the scale. As the Cardinal Air sign, these individuals initiate through analysis, decision-making, and judgment.

They are at their best negotiating, balancing/re-balancing life circumstances and relationships, and creating harmony where there is disharmony. They must learn to be assertive to manifest their best results.

People born between December 22 and January 19 have a Capricorn Sun sign. The symbol for Capricorn is the goat, and more traditionally, a half-goat, half-fish (goat head, fishtail) creature. As the Cardinal Earth sign, these individuals initiate by taking responsibility, setting lofty goals, and producing for compensation.

They are at their best testing themselves against standards, pursuing achievements, and getting results. They must learn compassion to manifest their best results.