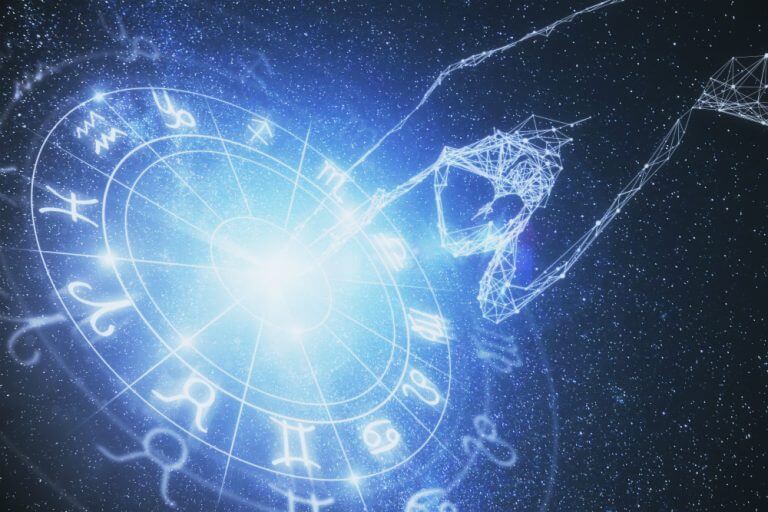 Now if you’ve heard about astrology, you’ve probably heard about sun signs as well. Sun signs are just a narrowed version of western astrology that focuses on the position of the sun at the moment of one’s birth. I can picture your confused faces right now, but there is nothing to worry about because we’ll explain everything in just a moment.

Western astrology is also known as sun astrology is one of the branches in astrology that at the most basic level are based on the same astrology definition as any other branch. What sets western astrology apart? Western Zodiac signs! Here we will help you understand the meaning of zodiac. Then when you find out what’s yours, you will be able to make sense of it.

Here are the dates followed in Western Astrology.

This is the first astrology sign of the western zodiac, and this is what gives birth to them seeing themselves as the most important person in a room full of people.  Aries are risk-takers and don’t shy away from new challenges instead they are always ready to start something new. While most people hesitate to take the first step, they are very confident in their skin and don’t mind it at all.

They are very focused on the outcome of what they are doing. So, Taurus put in extra effort because they want the best reward possible. In western astrology, it is believed that they are very comfort seeking and like to be surrounded by people at most times.

What is most striking about the Gemini sun sign is that they love to talk. So, if you meet someone and they are an avid talker, you can tell 90% of the times that they are a Gemini. They are very expressive and don’t hesitate before pouring their heart out. Conversations with them will always be very engaging and, so you’re never bored with their company.

The next sign in the western astrology chart is significant in family life. Cancer tends to have large families and have an instinct for nurturing and caring for others. This is one of their most prominent and appreciated qualities. They are known to be very emotional, and this makes them overreact sometimes.

Leo, as you probably already know is ruled by the sun. This is why they tend to think of themselves as the center of attention.  Leo likes the spotlight shining on them and enjoy the attention. They are fearless and strong but often short-tempered. So, word of advice? Don’t cross a Leo if you’re not looking for trouble.

What stands out about Libras is their focus on interaction with others more than themselves. You will not find them making a fuss about what they want or how they want; rather they will be more worried about what others expect of them, always putting the needs of those around them first. Western astrology stresses this characteristic of Libras.

In different types of astrology, there are different beliefs, but in western astrology, it is believed that Virgo is derived from the Virgin hence has qualities like humility and decency. They are usually calm and collected and like to carry out all their activities with subtlety and grace.

If you think you can dodge this astrology sign, well you’re very wrong. If Scorpions put their mind to something, they accomplish it. They will ask the right questions to find out all your secrets. So, if your partner is a Scorpio, it’s best not to hide anything because it will later create problems for you. So, play it safe!

They are always looking for answers, trying to decipher the truth. They question their reality and the world around them all the time. In all of the sun signs, Sagittarius is the one that appreciates a constructive conversation more than any other sign. They like to learn new things and gather as much knowledge as they can.

They are very hard working folks. Everything that they achieve in life is through their sheer determination and will. They don’t give up easily.  Capricorn are very ambitious not just in the sense of setting goals but also in doing whatever it takes to accomplish them. The thought of achieving their target is enough to keep them going.

They are known to have humanitarian instincts and want to work to make the world a better place. They don’t want to survive for the sake of it but want to leave a mark on the world. In western astrology, the astrology sign for Aquarius is a water bearer. They showed the world with a different kind of gift, of innovations and creativity.

The last sign in western astrology is known for its incomparable selflessness. They almost always put others first, never stopping for a second to think about it. Pisces have a very well developed inner connection and keep working on their spiritual growth and growth as an individual.

What is the astrology wheel?

Each of these houses has a lot of characteristics associated with it. These start on the very basic level with attributes about one’s personality and then move outwards towards interactions with other people, role in the society and so on. Houses provide a lot of astrology information that comes in handy when you’re trying to find out more about yourself. The point is that these houses govern your personalities and influence the way you live your life. However, don’t become too absorbed with your house because in the end what matters are your actions. Your actions will define you and not something that’s been written for you.

Astrology houses and what they mean

Now here is a little information about the twelve astrology houses and what they all stand for. The first house stands for all the firsts, be it impressions or jobs or house or anything. The second house is responsible for your environment. The third house is in charge of communication, all types of communications be it through a gadget or in person.

The fourth house builds everything over itself, forming the root or the basis. The fifth house brings out the creativity in you. The sixth house looks after your health, so if you’re feeling a little under the weather, it’s the work of the sixth house. All your relationship troubles are up to the seventh house.

A lot of things come under the eighth house including birth, death, and sex. Everything related to travel and foreign visits is ruled by the ninth house. The tenth house resides over western astrology chart and is responsible for structure among other things. The eleventh house has a wide range under it, including surprises and inventions. And the twelfth house, the last house, is in control of the afterlife and old age.

Firstly, before getting into any discussion or comparison, we have to define Vedic astrology. Vedic if you define astrology, is Hindu astrology mostly practiced in the subcontinent. It is not very popular among western astrologers who often reject it. Vedic means wisdom and truth, and hence this astrology is about finding and conveying the truth. It focuses on karma and how everything we do eventually comes around. It anticipates what will happen in the future by our actions in the past.

If we try to draw a parallel between the two different types of astrology, we will find some important things. The chart for Vedic astrology is entirely different than that for Western astrology with the former being square and the latter being rounder. The houses in both the charts are aligned to different signs, and this is found out if you have a true astrological eye.

Vedic astrology lays more emphasis on making predictions about the future while western astrology has a subtle approach. Karma is barely touched upon in western astrology, but Vedic is focused around the game of karma and how no one can outrun what is bound to happen to us. Vedic shows the timeline of events in one’s life but western astrology has no such manner in which it explains the things that a person will encounter in life and when. These two types of astrology are different on many levels, with contrasting areas of focus.

Different types of astrology and what you can learn from it all!

Western astrology is one of the many different types of astrology that people have been studying and working on for ages. The point of this classification is to be able to understand the many different variations with more ease and comprehension. Otherwise, it would all be just a big mess.

You don’t have to pick a type; you can study everything and gain as much astrology information as you want. Too much information can never be harmful. Studying about astrology will give you an insight into how the world of stars, planets, and signs work and how it affects our lives such as our personalities and actions. This will serve as a reminder of the bigger plan at play, and it will help you expand your horizon. So, read as much as you can, knowledge is power!

It is easy to get lost in the world of stars and planets and to think that by studying about your astrology sign or house, you can be in control of your life. But that’s not true. The only thing that will help you get through life and to accomplish your goals is your hard work and determination. Astrology will give you a push to hone your skills that you might have but have been lying dormant, undiscovered, not polished.

Use it to help yourself transform into the best version of yourself, but don’t think that you suddenly have power over the future. The unknown is a mystery. It is full of uncertainty and surprises, and you can never guess the next things that will happen and take you by surprise. So go step by step and conquer your fears and achieve the impossible.