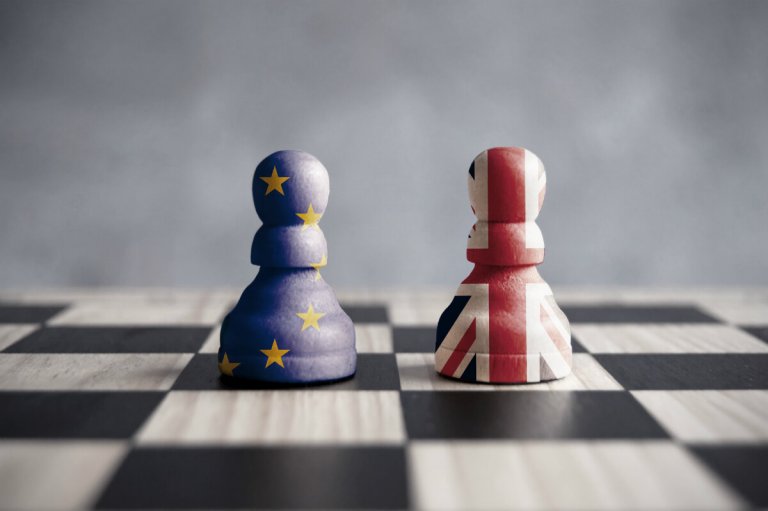 The use of astrology to look at world events and current events is known as Mundane Astrology.  Charts are cast for specific events at the location of the event or the capital of a country.  The vote for England to leave the European Union took place on June 23, 2016; 52% of the electorate voted in favor of leaving the Union.  Actually, leaving the Union has not taken place, even though there have been several attempts to do so.

One target date for leaving was March 29, 2019, but Brexit did not happen and was delayed.  The new target date was October 31, 2019, and that one failed also.  Now there is a call for a new general election, set for December 12, 2019.  This article will look at the chart for that date and I will offer commentary about the chart.

Mundane Astrology and the Chart of an Event

As December 12 approaches, anyone following or involved in the Brexit issue has to wonder if this date will be “the date” that determines whether England leaves the Union or not.  This date is not about actually leaving but testing the waters to see if the majority of people still want to leave or if the majority has shifted to wanting to stay.

The gamble for both sides is to see if a push can be made to get a clear majority that will break the deadlock that keeps preventing any kind of forward movement.  Believe it or not, the European Union could actually take action to remove England since the action to leave has passed the 2-year grace period for working out a deal.  But clearly the Union would prefer England to make the decision, and they want them to stay.

Using London England as the location and 12:00 pm as the middle of the day, the chart for December 12 is below: 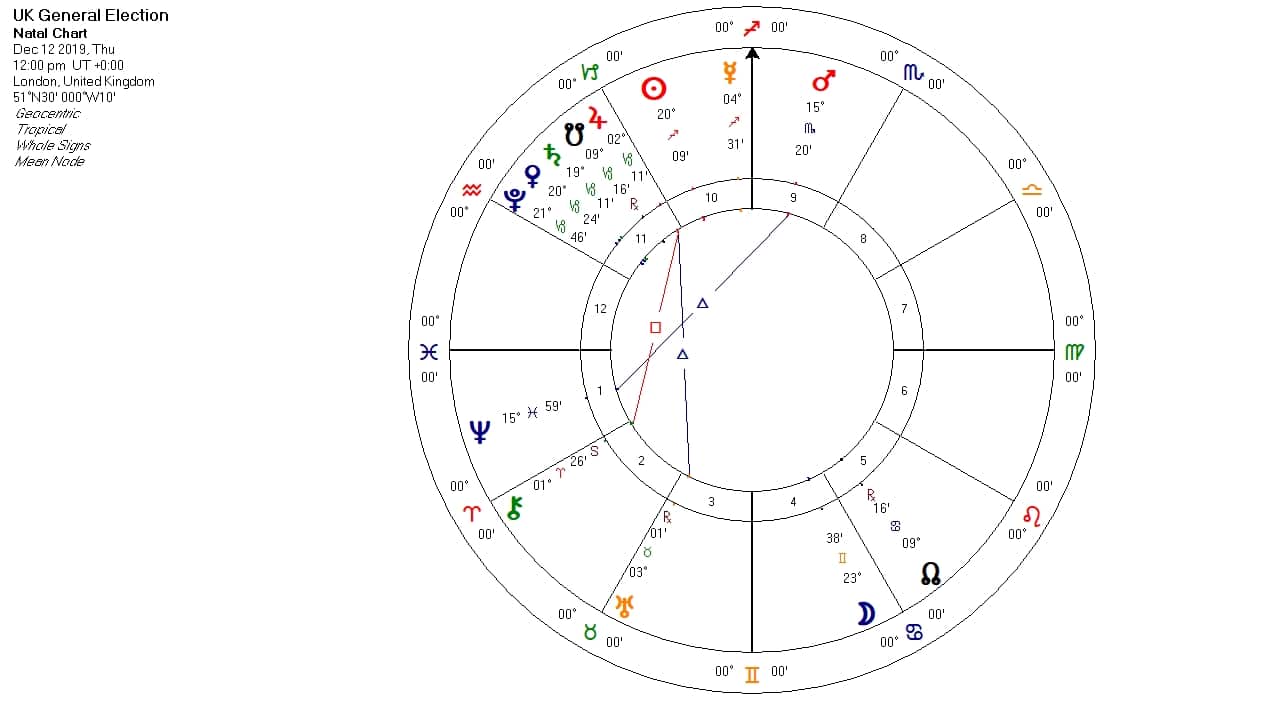 What Can We Surmise, Astrologically? Full Moon

Starting out, the election will occur during a Full Moon, just on the other side of the exact Full Moon. According to Dane Rudhyar, the Full Moon should bring objectivity, clarity of vision, and illumination when acting positively.  Negatively, the Full Moon will reveal a situation divorced from reality and a “person” divided against oneself (The Lunation Cycle).

In many ways, Brexit, US immigration policy, and the US/China trade war represent attempts to put globalization back in its box and make an effort to return to the past time as the way forward.  Many of the articles written about current affairs have begun to identify a struggle between generations.

As with any new economy that brings truly radical shifts, to such a degree that a significant group in society is “left behind”, and that group has wielded considerable power for some time, there is often profound backlash. England is actually an epicenter for a previous backlash, the Luddite Movement between 1811 and 1816 when textile workers destroyed machinery as a form of protest against the emerging technology and its impact on workers in the industry.

From that movement, the word Luddite became part of the lexicon, meaning:  one who is opposed to especially technological change. Ultimately, the Luddite movement failed to prevent the evolution of the textile industry.

So, what will the Full Moon illuminate, just more clarity about the deep division between the past and future in terms of generations?  Many of the voting records from various elections and referendums show clear distinctions between young and old with regard to voting patterns.

The voting age in England is 18, which means all the 15 years old who will have turned 18 since June 2016 will now be eligible to vote in the new general election.  The generation against Brexit will have increased its numbers while the generating for Brexit will either have the same numbers or have lost some numbers, generally speaking.

South Node Closer to Jupiter and further from Saturn

When the last and previous attempts were made to facilitate Brexit, the South Node was closer to Saturn; Jupiter was still in another sign moving towards the South Node.  Now that the South Node and Saturn are separating and Jupiter is almost on top of the South Node, it does indicate a very real chance to “move the needle” in one direction or another.

The burst to decide to leave the European Union has been hampered by the existing power structure that enjoys and benefits from the Union, so it has used every means necessary to prevent a change, creating, in effect a new normal on top of the old normal.  If the old normal was business as usual within the Union, the new normal is business as usual with a threat of change (but no actual change) as a constant.

This election does have the potential to break through the deadlock.  A Brexit favorable astrologer would likely be able to see Brexit in this chart and an anti-Brexit astrologer would likely be able to see the end of the Brexit issue in this chart, but the actual outcome is not in the chart.  What is in the chart is the fact that this election does pose a breakthrough!

This is another transit combination that suggests a push in a direction that will result in outcomes rather than more stagnation.  Neptune in Pisces keeps things murky and unclear, but Mars in Scorpio is like a torch or intense sunlight that can burn away a fog.  Each side will make as strong a push as possible, giving the society a chance to finally tip the scales.

Again, we have a transit that suggests a breakthrough.  With Uranus in Taurus and retrograde, I would incline this transit to favor Brexit, at first glance.  Taurus wants to keep things as they are, but also the way they “have been”, which is why the retrograde can be seen as a “go back to the past” revolution rather than a move into a new future revolution.

Jupiter in Capricorn just wants to see and make the forward movement happen so it can get down to the business of building and expanding under whatever the decided conditions happen to be, whether inside or outside the Union.

Chiron will be stationary on the day of the election, but still on the retrograde side of the station.  In Aries, the wound involves independence and the strain with Jupiter is how best to express independence and cooperation for the greatest gain (Jupiter in Capricorn).  The group that sees gain by “going back to independence” is clear and dedicated.

It is the group that is taking the risk that staying in the Union as a cooperative partner is their best chance as prosperity in the long run.  Has that group coalesced since 2016 to be as focused as the group they oppose?  I do think we will find out on December 12.

While I do think this chart suggests a clear winner, it does not indicate clearly which group it will be.

Understanding and Opening up to Synchronicity in Your Life