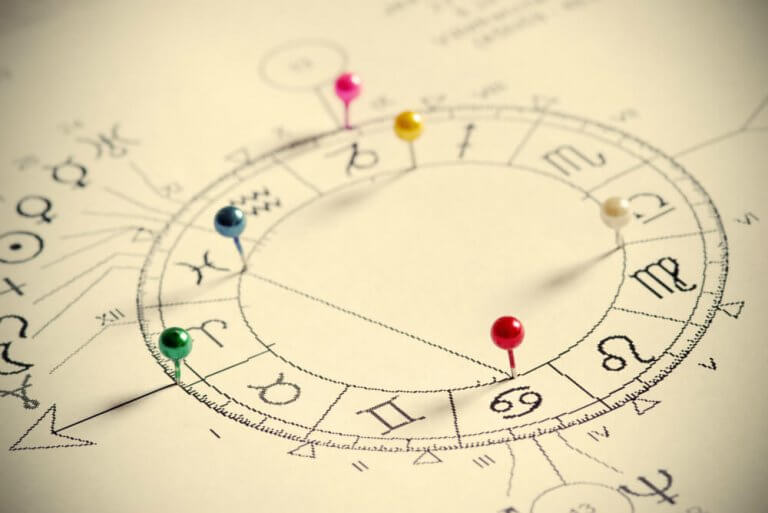 The multifarious movements of all the planets and stars comprising our solar systems play a very important role in determining the sort of life we are all going to live. And this is why the Astrology Birth chart will be explained in detail below. And why?

The sun, the stars, and the moon; all have a huge impact on our personalities, traits, and various other quirks. An astrology birth chart, therefore, is defined as a chart containing the position of all these planets and stars relative to the sun.

Since this chart includes all the celestial objects involved in studying the ancient lost art of astrology and deciphering the hidden meanings and truths about our lives, it provides a rather comprehensive review of all our strengths, weaknesses, major life events, and all kinds of other fruitful opportunities.

The origins of the astrological birth chart

Humans have been stargazing since the earliest of times. The observation of various moon cycles, comets, stars, and various other planets along with their relative movements and positions to the sun led to the discovery of their celestial patterns and their impact on our lives.

For centuries, this study of the moon, stars, and other planets remained confined to the study of general human behavior only. However, with all the new advancements being made in this branch of science, astrologers throughout the world incorporated the information provided by each of these celestial objects into a single chart that actually holds the key to your personality and life!

Symbolization of the astrological birth chart

The astrological birth chart is essentially a map containing the exact and precise position of the sun, the moon, and each planet at the time of your birth. It reveals the definite location at which a certain planet was present along with the constellation it occupied at the moment of your birth. It is, therefore, this difference in the position and location of the planets that help to determine your personality type relative to the influence exerted by these celestial objects.

Elements of the astrological birth chart

The astrological or natal birth chart is therefore composed of the following elements:

The Sun forms the fundamentals of your astrological chart. It symbolizes your strengths and weaknesses in life along with your basic personality traits and attributes. Since the sun occupies the most central position in the solar system, it represents your basic sense of personality, aura, and motives.

Since the Moon plays an important role in regulating our climatic and tidal changes, it’s used to represent the changes in your moods and emotions. While the sun symbolizes your outer strengths, the moon symbolizes your innermost thoughts and mental status.

Being the smallest planet in the solar system, Mercury is responsible for your communication skills. It governs your intellect and helps you to articulate your thoughts and ideas for a fruitful conversation.

This planet is named after the Roman goddess Venus and is thus used to symbolize love, beauty, and money. Venus is the planet that governs your taste in arts and culture along with the influence it exerts on your love for grandeur, beauty, and overall perception of love.

Most commonly referred to as the red planet, Mars symbolizes aggression, determination, and action. It’s the planet responsible for providing you with that adrenaline surge during times of flight or fight. It reflects upon your physical strength and your deepest most heartfelt desires of love, lust, and compassion.

Being the largest planet in the solar system, Jupiter symbolizes abundance. It influences your fortune and reflects upon your spirituality, philosophy, and education. Its enormity is also used to symbolize the widening of one’s horizon without affecting his ability to think and ponder.

This ring-bound planet is usually associated with time, rules, regulations, and restrictions. It symbolizes your hard work and resilience in life and is responsible for your professional milestones and achievements. Since Saturn is known for its ring-bound appearance, this planet helps to keep your life in check by governing it through a set of rules and regulations.

Uranus was the first of the planets to be discovered and is thus associated with technology, innovation, and change. Contrary to what Saturn symbolizes, this planet reflects upon your rebellious side and is responsible for all the reckless decisions you end up making.

Being named after the Roman god of the sea, Neptune symbolizes the vastness and depth of your character. It underlies your perception of both fantasy and reality and is primarily responsible for your intuition.

Though Pluto was the last of all the celestial bodies to be discovered, it symbolizes your power and transformation in life, much like its own nature.

Interpretation of the astrological birth chart

Being able to read and understand all the elements of your birth chart is the critical most steps in interpreting your birth chart. The planets are primarily divided into two groups namely, the inner planets and the outer ones.

The inner planets have shorter orbits and often symbolize your date and time of birth.

They include mercury, Venus, and mars whereas the outer ones are present on the other side of the asteroid belt and include Jupiter, Saturn, Uranus, Neptune, and Pluto. Being larger in size, they have a much slower rate of movement and often symbolize all those major life-changing events in your life.

These planets are usually known by the houses they occupy where each house represents a particular phase in life. Therefore, the exact interpretation of your astrological birth chart is dependent upon three main things: your planet, sign, and the house which that planet occupies.