Getting to Know Mars in Astrology

Home » Blog » Astrology » Getting to Know Mars in Astrology 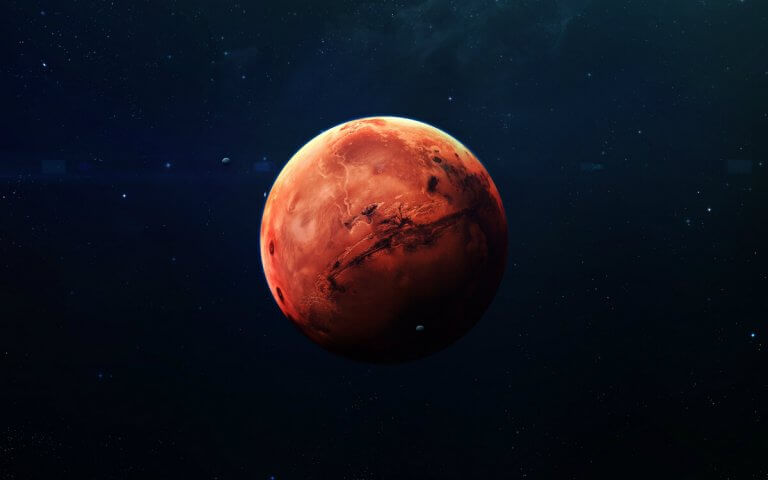 This article is the fifth in a series that looks at the many points that make up your chart when cast by a professional astrologer.  The astrology chart is a two-dimensional representation of the layout of the solar system when you took your first breath, and each astronomical point relates to an aspect of consciousness.  Not only are you so much more than your Sun sign, but each point, including the Sun, is packed with an immense amount of information that you can only get with a fully rendered chart. This article looks at the planet Mars.

Most people do not know any other points in their chart outside of their Sun sign.  Each major point in our solar system is represented in an astrological chart.  Before the telescope, the chart consisted of points visible to the naked eye:  the Sun, the Moon, Mercury, Venus, Mars, Jupiter, and Saturn (the big 7).  With telescopes, we added:  Uranus, Neptune, and Pluto (to make up the big 10).  Then we found Chiron, and a host of asteroids beginning with but not limited to Juno, Pallas Athene, Ceres, and Vesta.  We are going to look at all these points and many more in this ongoing monthly series.

What Does Mars Represent in Your Astrology Chart?

Mars represents the energy of aggression, desire, and sexuality, especially as the point in our chart interacts with another person’s Venus and Mars.  Mars is tied to action and motivation, what drives us and why.  If the Sun is the entire car, Mars is the engine.  When we “step on the gas”, it is our Mars that provides the power.  Mars used to rule two Signs, Aries and Scorpio, and two Houses, the 1st House of Identity and the 8th House of Intimate Relationships.  After Pluto was discovered, it was given rulership of the 8th House, leaving Mars with only one Sign and House to rule, Aries and the 1st.

When people consult with me about their relationship, whether it is parent and child, siblings, or romantic, it is Mars placement that I look at fifth (behind the Moon, Mercury, the Sun, the Ascendant, and Venus). Where Mars is and how it aligns with another person will determine how they relate with each other sexually and competitively. It’s an odd quirk of Mars energy that two people can have challenging energy regarding their Mars placements, but if there is a strong aspect by degree and orb of influence, they will still be drawn to each other.

I was born with Mars in Taurus.  It shares the same sign as my Lilith and is in my 7th House of Relationships.  With Mars in Taurus, generally speaking, I am surprisingly patient for someone with so many points in Aries (Sun, Chiron, Mercury, Venus, Saturn, and the North Node). Much of the literature on Mars includes the point in books about the Inner Planets (Mercury, Venus, and Venus) or about astrology and sex. A Mars-specific books to read would be The Mars Book by Donna Van Toen.

The Meaning of Your Mars is in the Details

My Mars is at 11 degrees 47 minutes of Taurus in a trine aspect with my Midheaven and opposing my natal Juno.  Mars is in the 2nd Decan of Taurus (each sign is divided by 10 degrees into Decans that shape the flavor of that point by degree position).  The first decan of Taurus is Taurus/Taurus, the second is Taurus/Virgo, and the third decan is Taurus/Capricorn.  I have a Taurus/Virgo Mars. In short, I prefer to connect with people (7th House) and build relationships prudently (Mars in Taurus) by being helpful to others in practical ways (Virgo’s influence)

Marc Edmund Jones, working with Elsie Wheeler, determined special meanings for each degree of the Zodiac called the Sabian Symbols.  My Mars is between the 11th and 12th degree, thus the 12th Sabian Symbol for Taurus, which is interpreted as “window-shoppers”.  The keyword assigned to this degree is VISUALIZATION, and the positive expression is “the high ability in presenting the immediate potentialities of human achievement” and the negative expression is “self-depreciation” (The Sabian Symbols, 190).

With Mars in Taurus, I act cautiously and conservatively, choosing to “get the lay of the land” before making a move.  In relationships, I do persist and can commit, but with my strong Aries nature, I can leave a relationship and move on, though it may take some time to get that point. Often, I find myself the “anchor” for others.  I persist.

Where Does your Mars Reside?

Last but not least, with an exact birth time, we can determine which house or “domicile” your Mars resides in.  In the case of my chart, my Mars is my 7th House of Partnership.  The 3rd, 7th, and 11th Houses are air domiciles and relate to how we communicate (3rd), who we want and need to connect with personally (7th), and how we want to belong to a group or society (11th).  With my Mars in Taurus in the 7th House, my “way of desire manifests through my steadfast and persistent quest for and attraction to enduring and secure life teachers.” (Astrology Unlocked, 120). I want to connect with people who are managing their lives well, with little drama and consistent behavior.

If you want to know about YOUR Mars, really know, then you need to get your chart cast and either do the study to learn about all the different pieces of information that make your Mars unique or pay a professional to help you really learn what it means to have the Mars you have.  Once you dig deep into your Mars, by sign and house, you will want to know the depth of all your other points.  With that in mind, please join me next month to learn about Jupiter.

The 12 Signs of the Arabic Horoscope