The Different Artistic Representations of the Fool Card 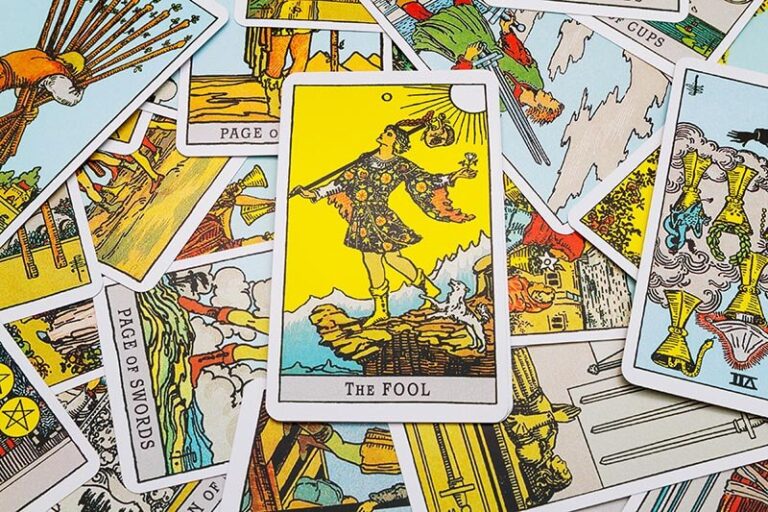 The first tarot cards were hand painted and put to print using wood blocks in the middle of the 15th century. New decks were few and far between from the 15th to the 20th century. Even with the printing of the most popular and best-known Rider Waite deck in 1909, tarot decks did not start to be printed in large numbers until the later part of the 20th century. By the start for the 21st century, decks rapidly expanded. If you do a current search on Amazon or eBay for “tarot cards”, you will get results well over 5,000 on Amazon and over 10,000 on eBay. This article will look at the various artistic representations for the Fool card over the history of the tarot.

Tarot decks never really received any form of true mass production until the very last twenty years of the 20th century (1980 to 2000). And the real expansion in the number of decks did not ramp up until the very last ten years (1990 to 2000). This article is meant to be a visual feast of card examples, more than a history lesson. Changes in artistic style and printing show up clearly from one period of time to another.

The earliest decks were hand painted and printed using the woodblock technique to produce multiple copies.

The Fool was shown walking with his eyes up, not looking where he was going, and he is about to step off a cliff. All his worldly possessions are in the bags over his shoulders. The dog clawing at him is there to prevent him from coming to harm, and functions as a “tool” of the universe to keep the Fool safe.

Produced by Ferdinando Gumppemberg in Milan, the card reproduces the same look as the Marseilles card; except the cliff is not clearly shown.

Another deck produced by Ferdinando Gumppemberg in Milan, again, the cliff edge is not shown.

In 1909 we get the first modern printing deck, with much more vibrant colors and a simpler artistic technique. In this version, the cliff edge is more prominent, and the character carries a flower in one hand, representing innocence.

The deck was developed between 1938 and 1943, but did not get published in 1969, after the creator, Aleister Crowley, and artist, Freida Harris had both died. A great deal more symbolism shows up through the design of this card.

Based on Greek mythology, this version of the Fool is represented by the god Dionysus, and the dog has been replaced by a hawk.

This deck clearly shows the influence of computer design to enhance the artwork, and this represents one of the early decks to break with the traditional image of a man as the Fool.

Using a watercolor and impressionistic art style, the Fool is still shown “traveling the world” with just the possessions he can carry.

And finally, blend of hand drawn artwork enhanced by computer design, featuring a female version of the Fool as a young witch riding a broomstick.

Major Arcana Cards You Want in Your Love Reading

The Key to Rediscovering Inner Happiness Based on Your Zodiac Sign