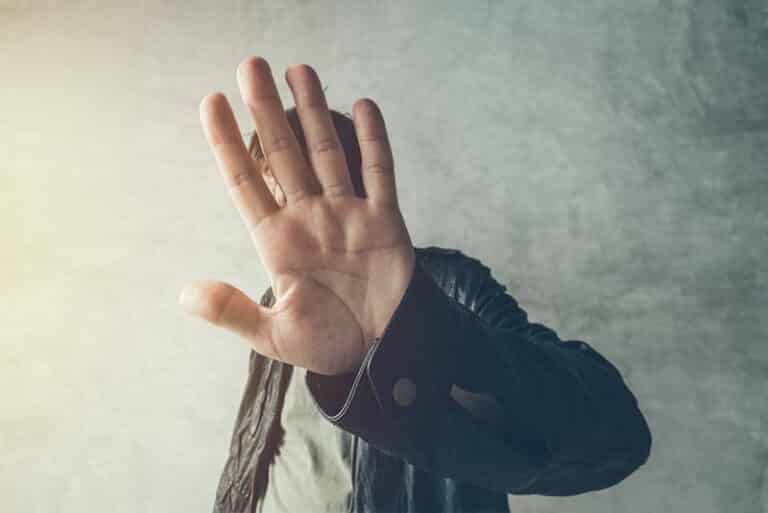 You find that you have a friendship or a romantic relationship that is going well. You and your friend or partner are enjoying your time together, and you are finding plenty of fun activities to do together. You are also enjoying having fascinating and stimulating conversations. However, one day you find out that you cannot get a hold of your friend or partner anymore. They blocked you on social media, and they changed their phone number. You have no idea what you did that caused them to shut you out like that. But there is one thing you know, and that they ghosted you. Why did they ghost you? Only they know. Let’s now talk about the zodiac signs ranked from the most to the least likely to ghost someone.

If you have a friend or partner that is a Sagittarius, you may be having plenty of fun with them, and they will invite you to go on many adventures. However, here is the thing about those with this sign. Sagittarians love their freedom, and they are carefree. They are not known to stick to commitments because that is not what they want to do. Therefore, if they find something or someone that interests them that does not involve you, they have a high chance of moving past you and not worrying how leaving you the way they do will affect you.

Your Gemini partner or friend may be stimulating and fun for the time being. However, you have to remember that like Sagittarius, Gemini is a mutable sign (and they oppose one another too) which means they are known to move from one place to the next. They are also highly adaptable. While Sagittarius constantly looks for new adventures and will not stick to old commitments, Gemini doesn’t stick to commitments because of being highly curious and indecisive. Both signs are known to get bored quickly too. Therefore, if Gemini finds something or someone else that may be more stimulating, they could go towards that and forget about you in the process.

If your significant other or friend is an Aquarius, you may find them fascinating but aloof, and you have gotten used to it. However, if there is any talk about stepping up any form of commitment, such as an engagement or telling your Aquarius friend that they are your best friend, they will not handle that well. That means you have a high chance of finding that your Aquarian partner or friend will disappear in no time without any warning. That will leave you confused and devastated. Why would they have ghosted you? They got scared because you hinted that they’d need to make some additional commitment one way or another.

Leo – The Focus Is on Themselves

If you have a Leo partner or friend, you know they love to be in the center of the spotlight, but you put up with it because they are warm and generous. Leo is also less likely to cheat as they are known to be loyal. However, you have to remember one thing: Leo does whatever they feel is best for them. They only consider their feelings and only care about them, even if they appear to care about yours. Leo is known to have a temper, but at the same time, they would prefer to avoid confrontations. If they feel that your needs and wants are interfering with theirs, don’t be surprised if they disappear from you one day without any warning.

Virgo – If They Feel Threatened, They Will Leave

You may be surprised that Virgo is towards the top even though they rank in the middle for zodiac signs likely to ghost because they are loyal, unlike other signs with the mutable modality. Additionally, they are known to be guarded and do fear commitment like the other mutable signs. However, if they feel you are not threatening them in any way, they will slowly warm up to you. So how can you threaten a Virgo? Remember that they are perfectionists by nature, and when they criticize you, they are really criticizing themselves. Even though they want their friends and partners to take their health, work, and healthy lifestyles seriously, Virgos still want to one-up you. Therefore, if you show that you are doing better than them, they feel threatened and have a higher chance of ghosting.

Libra – If They Don’t Want to Commit, They Will Disappear

Libra is the sign that rules relationships, and you may wonder why a Libra would ghost you in the first place. Firstly, you are more likely to be ghosted by Leo than Libra as Libra ranks smack in the middle of the zodiac signs most likely to ghost. Libras are charming and love to be the life of the party. If Libra is interested in forming a serious relationship or friendship with you, they will not ghost you unless an unexpected reason causes them to do so. However, if Libra was charming towards you and had no interest in forming any type of relationship, they will block your number and profiles if you chase them. Remember that Libra does not like to have confrontations, so they will prefer to disappear from you than tell you that they are not interested in being your friend or partner.

Aries – They’ll Leave if They Are Bored

If you are with an Aries partner or have an Aries friend, you probably know one thing about them, and it is that they need plenty of excitement. Therefore, they will stay committed to you if you are physically stimulating to them. As long as you are up to playing their favorite sport or dancing regularly, they will not likely ghost you. The problem is if they begin to find you boring, they will become bored with you and will go and look for someone else to hang with or to be with that will be exciting and stimulating to them.

Scorpio – Dishonesty Is a Dealbreaker

If you are with a Scorpio partner or have a friend who is a Scorpio, the chances of ghosting you are not high because once they become attached to you, they stay attached. That is the sign that does not do well with letting go at all, and that even means if you and the Scorpio partner feel that your relationship is not going anywhere, as long as you did not lie or deceive them, they will want to be your friend. However, if you have been misleading and lying to them, that is unacceptable, and you can bet that they will ghost you – or ghost you and become vengeful at the same time. It is best to stay honest with them at all costs, even if they won’t like what you say. A Scorpio will still respect you for being honest.

If you have a Capricorn partner or friend, you will likely be with them for a long time. If they no longer want to be a part of your life, they are unlikely to ghost you as they will tell you this news and explain why. Capricorns are known to be hard workers, but they are also loyal and have a moral compass, and even though they don’t show emotions, they care deeply for their friends and loved ones. It is rare for a Capricorn to ghost you out of nowhere, as you would have to do something to upset them for them to get to that point. If you unforgivably hurt them, then they will likely ghost you for that.

If you have a Taurus friend or partner, you can relax now that you see the sign towards the bottom of the rank. Taureans are known to be stubborn, but they are also quite loyal as they become attached once they are comfortable with you. A disagreement between you and a Taurus will cause them to dig their heels, but they will never leave you even if the conflict becomes heated. Even if you make a big mistake with a Taurus, they will be angry and hold a grudge for a long time, but they would not ghost you. Would a Taurus be likely to ghost? Anyone is capable, but they may only ghost you if you are threatening their stability too much. Their routine and stability are extremely important to them.

Cancer – Their Emotional Connections Mean Too Much for Them to Ghost

You know that if you have a Cancer friend or partner, they will treasure your relationship and take care of your wellbeing. This is because they emotionally become attached to those with whom they are in a relationship, which is why Cancers are highly unlikely to ghost you. It is not in their nature to do that. However, they will make it known if they feel as if you are not appreciative of them. The only time a Cancer may ghost you is if you keep tearing down their family and the ones they care about because they will not put up with it. You are a lot more likely to get an earful from an angry Cancer defending their family and friends than them leaving you out of the blue.

Pisces – The Least Likely to Ghost

Like Cancer, Pisces will not at all be the type to ghost you. Not only do they cherish their connections on an emotional and spiritual level, but they also would do anything to make you happy. So even if you upset them, they will put that aside to ensure your emotional and physical needs are met. If they are angry with you, they will act passive-aggressively or even occasionally lose their temper. However, taking off on you is extremely out of character for Pisces.

However, what if you cannot stop thinking about your Pisces ex-partner who took off on you without any warning recently? And what if you have a Sagittarius best friend who has proven to be by your side for years and even after heated disagreements, that never changed? That is because once again, your sun sign only makes up a fraction of who you are. You are more likely to be influenced by your Moon sign than your Sun or rising sign when it comes to ghosting. Chances are you had ghosted friends in the past, and there usually is a good reason to go that route, even though it really is not a great way to handle a relationship that is going sour.

The Decans of Sagittarius