Zodiac Signs Ranked from the Most to the Least Competitive 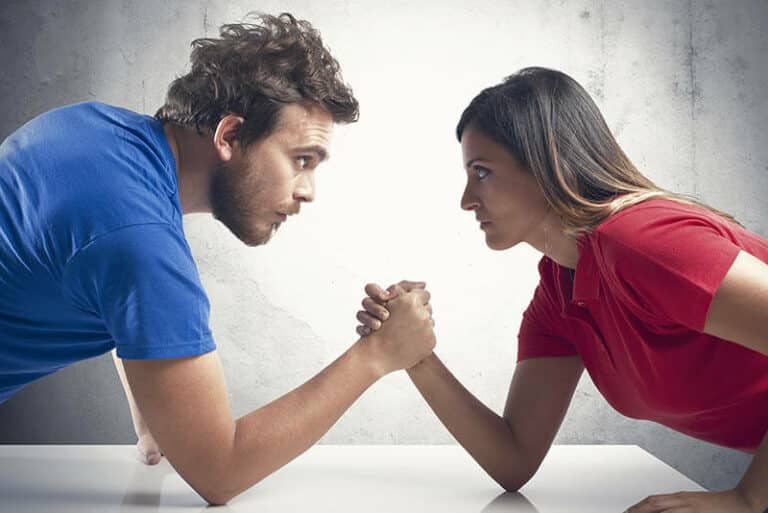 If you are competitive, that is not such a bad thing to be. That can help you improve yourself and to improve your skillset. Competitiveness is human nature, and it is a way to test yourself with how you compare to other people. That is a good thing because that can inspire you to do better overall.

Scorpios are intense, extremely smart, mysterious, and are potent detectives. You may not think of Scorpios as competitive when it comes to sports. However, you would be surprised to know that a Scorpio could hide the fact that they are incredibly good at sports because they don’t tell you. And once you play a basketball game, a baseball or football game, and they beat you within no time, that will leave you surprised. That is one of the reasons that they are incredibly mysterious as well.

Scorpios can hide their skills. Therefore, if you try to one-up a Scorpio with anything, you will be shocked to know that they will one-up you before you even make that attempt.

Leo – Won’t Allow Anyone to Steal Their Spotlight

Leo is the sign that has the reputation of always being in the spotlight. Not only do Leos want others to notice them, but they want others to admire them. If Leo is not interested in being the best at something in a particular area of their lives, they won’t care about having the spotlight. For instance, if a Leo does not care to be the best baseball player because sports do not interest them, that would not consume them.

However, if Leo wants to be known as the best social media influencer around, they will do anything in their power to make sure that happens. Leos will observe their competition and will look into ways to take their spotlight.

Aries – They Simply Want to Win

Aries is the first fire sign in the zodiac, and because competitiveness is part of their traits, you may wonder why they didn’t rank at the top. That is because Scorpio and Leo find ways to compete against you through hidden measures, whereas Aries does not. Aries competes with you in an obvious way.

For instance, if Aries played a sports game with you, they will work very hard to win the game, and it can take them more time to win the game than it would take Scorpio. If Aries wanted to become the employee of the month at a company, they would make it obvious their goal. If you are looking to become the month’s employee, Aries will make it verbally clear that they will not allow anyone to take their place. If they happen to lose, Aries will not handle it well.

Taurus is one of the hard workers of the zodiac. The one thing that people may imagine when they think of Taurus is that it is a stubborn sign. However, stubbornness can be a significant asset, especially when you have your eyes set on a goal. Taurus will do anything they can do to achieve that goal, and they will not allow anyone to stop them or take their efforts away from them. Their determination is fierce, which means if Taurus has to face any obstacle that comes their way every time – they will work around it.

Therefore, when Taurus has their eye on the prize, nothing will stop them from achieving it. If you try to go after the same thing that Taurus wants, they’ll find a way to beat you to it through their determination.

Capricorn has a lot of similarities to the earth sign that ranks above it, Taurus. Capricorns are the ambitious ones and achievers of the zodiac. Capricorn did not rank high because it isn’t competitive when it comes to anything that they don’t care about. Capricorns are not looking to be the best social media influencers or the best basketball players. They don’t want to be in the spotlight for those purposes.

However, what Capricorn often wants is a high-ranking position at a prestigious company. And that is when you will see Capricorn’s competitive side emerge. If Capricorn has a chance to become the CEO, they will make it very hard for you to compete with them for it. Like Taurus, they prepare themselves to go around any obstacle that comes their way to get it.

Gemini – Can Be Manipulative to Go After What They Want

Gemini falls into the middle because this is not one of the most competitive signs. For one moment, Gemini will want to go after something; however, frequently, they will let it go because something else will distract them.

However, if there is something that Gemini wants to attain so much that they are willing to focus on it, Gemini will go after it. Gemini will find manipulative ways as well to get what they want. Because Gemini has a way with words, given that it is an air sign, they’ll convince you somehow that going after what they want is not for your benefit. For instance, you are looking for the same job position that Gemini wants at a company. Gemini will convince you that the position is wrong and will conjure up why you’d be miserable working there. They can make it so convincing to the point that you will end up listening to them. You will then apply elsewhere.

Sagittarius falls the seventh place when it comes to the signs ranking at competitiveness. That is because Sagittarius does not care about being the best at anything and does not focus on going after some significant achievement. However, there is one thing that Sagittarius will be the best at, and that is their thirst for adventure and optimism.

Libra – If They Want Something, They’ll Win it with Charm

Libra is a balanced sign, and it is one that shies away from competition, which is why it ranks towards the bottom. However, if Libra wants to go after something, they will use their charm and diplomatic ways to go after it. Libra is charming and friendly, so they naturally know how to win others over. They also have their way of manipulating others to get what they want – which involves being diplomatic.

For instance, if Libra wants the same job that Gemini wants, Gemini cannot convince Libra to look for another job. Libra won’t believe that the company’s atmosphere will make them miserable, and Libra also would sense Gemini’s manipulation tactics. However, Libra won’t let Gemini know that and will only care about winning the job interview with their charm.

Pisces – Not Always so Tender and Sensitive

It is not a surprise that Pisces is falling towards the bottom of the list. Pisces is sensitive and tender and is very withdrawn. They’d prefer to sleep and daydream than to focus on any ambition and to win anything. However, there are times when their tenderness and sensitivity disappear. That is when Pisces thinks that you are going after their partner or something that they want.

If Pisces thinks you are going after their partner or something else of theirs, then you will see their dark side. They’ll not hesitate to confront you about it, which will take you by surprise. Therefore, if you are attempting to take away someone or something from Pisces, you can expect them to become territorial and not in a kind way either, which will cause you to back off.

Virgo – Modest but Nothing Can Interfere With Their Perfectionism

Virgos are modest and prefer to mind their own business and to remain hidden. If you want to earn the CEO title of the company where they work, go for it. Virgo won’t care. You can expect Virgo to congratulate you genuinely if you achieve the role.

However, the one thing that will ruffle Virgo’s feathers is if you interfere with their perfectionism. That can mean if you show yourself to be more organized and analytical than they are, they will then one-up you. They’ll show you how much better they are at keeping your home clean, organized and how punctual they are. If the Virgo is at your home, and they find a small stain, they won’t hesitate to make you notice that. Then they will tell you that if they saw a small stain in their home, they would immediately take care of it – which you failed to do!

Cancer – Too Sensitive to Be Competitive

Cancer is the maternal zodiac sign, which is one of the least competitive ones. If Cancer worries too much about going after something, they will not sleep at night because the idea makes them anxious. And Cancer needs to get their sleep so they can take care of you. In fact, if you are the one who wants to go after something, Cancer will support you through it every step of the way.

The only time you may see a hint of competitiveness in Cancer is if you have a nicer home than they do. Cancer is all about the home, so that would be important to them. Cancer would look at your decorations in your home and would look into creating the same appearance. However, they would not attempt to one-up you with it. They just want their home to look as lovely as yours.

Aquarius – Competitiveness Is Not In Their Vocabulary

Aquarius ranks at the bottom when it comes to being competitive. That is because Aquarius wants everyone to do well since they have a strong humanitarian side. In addition to that, Aquarius is not concerned about your competitive side. They don’t care about what you want to do with your life.

All Aquarius wants is to live life the way they want and to embrace their unique side, and they want you to do the same. Aquarius encourages you to do your own thing and has no interest in competing with you or with anyone.

However, what if you are an Aquarius or Cancer and have a strong desire to be the CEO? On the flip side, what if you are a Leo or an Aries, and you don’t care what others do with their lives because you are focused on doing your own thing instead? That is because the sun sign is not always the most influential sign in your personal horoscope.

Your moon sign is the sign that influences your emotions and instincts, which is the one to look at when it comes to your competitive side. Your rising sign can have tremendous influence as well. Therefore, if you are the Aquarius, but your moon sign is in Aries, and your rising sign is in Scorpio, you have a much better understanding of why you have a very competitive side.

The Numerology of the Number 3 in Tarot