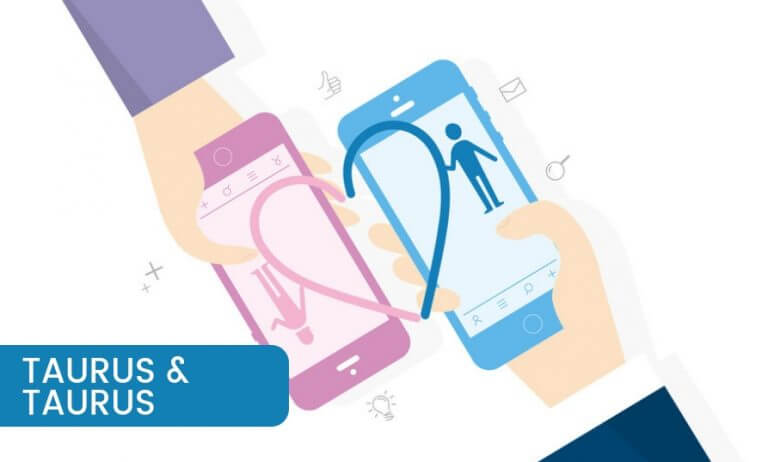 Taurus dates that start from April 21 and go up till May 20 (approximate dates) and is the second sign of the Zodiac. So, Taurus and Taurus relationship when it is humming along its beautiful things to witness. Taurus compatibility with Taurus is precisely like that of daffodils in Spring. They both bring a little warmth into the world and complement one another in a perfect manner. However, when the honeymoon period of this particular couple comes to an end, disagreement between Taurus and Taurus might result in prolonged digging in on the heels and not willing to back down at any cost.

Trust between Taurus and Taurus

Because of the emotional and sensual nature of the Taurus, Taurus compatibility with their partner can turn out to be amazing, as they are very attentive and concerned about each other’s needs and also take care of one another when it is necessary.

The problem arises when they sink too deep into their differences with no evident reason. But if both open up to their partner, and also open up to each other for their mutual need for change, the zodiac compatibility of this is a particular relationship would be extraordinary.

The major problem that arises between Taurus and Taurus relationships is not precisely of trust, but it is more of their inability to change. It will be tough for a Taurus to trust their current partner if they have had a bad experience of relationships in the past which let them down or made them disappointed.

This can, however, leave them questioning about every word that is said to them and may also lead Taurus to form ridiculous assumptions about their partner that are based on each other’s behavior. On the other hand, Taurus and Taurus tend to form a relationship that is based on trust only if they have not been betrayed previously. If they accomplish in establishing trust between each other, then this will allow them with enough flexibility where they respect their partners need for privacy without mistaking it for cheating and also set a good foundation for a compatible relationship.

Taurus and Taurus compatibility in a relationship

Taurus compatibility with Taurus can turn out to be super amazing as both of them are the earth signs that are firmly rooted to the ground and are very patient this is why Taurus best matches for Taurus. Taurus with Taurus will end up having charming compliments when they are together and gracious gestures apart from the messy giddiness that you tend to get from some other zodiac signs this is precisely why Taurus is Taurus’s best zodiac love match as well. Both of them would like to date each other for a year or so that they get to know each other properly before they get into a relationship. Because of the charming nature of Taurus and being down to earth, they also have amazing dating compatibility as well with their Taurus partner.

To further see Taurus compatibility with Taurus, a close look is taken at the relationship between Taurus man and Taurus woman. Taurus man by nature is very lazy; they have a strange need of lying around all day long and eat what the other person has prepared for them. They have a strong tendency to be more as their partner’s son as compared to that of being a lover.

However, entering into a relationship provides them with the incentive for them to go out of their house every day. This relationship seems easy when it is new as it will provide Taurus man with enough motivation and energy to be interesting and creative for their partner.

Moreover, where Taurus man has the tendency to become a son, Taurus woman possesses the capability of being more of a mother than a lover. She will look after you as a mother, cook food for you and be your perfect lover. Because of the nature of these two Taurus is considered to be Taurus best love match.

Taurus and Taurus relationship is both considerate and tender. As soon as they get into a relationship, they quickly move in with each other and start the new phase of their life which they embrace domestically. Both of them love to be surrounded by beautiful things, so they are fond of collecting beautiful painting and antique around them as they have good taste in interior design. When Taurus and Taurus enter into a relationship, it is considered to be a long-term relationship which goes up to years and is not merely just based on a couple of months.

However, when disagreements start to arise between the two, both being calm would not shout at each other, but they will solve the matter by talking to each other as Taurus tends to be quite mature. Due to this understanding that exists between them, Taurus is seen to be most compatible with Taurus. Apart from Taurus, the other signs that get along well with them and are Taurus compatible signs include as that of Capricorn, Pisces, Capricorn and Virgo respectively. On the other hand, Aquarius and Leo are considered to be the least compatible sign with Taurus.

Taurus and Taurus Compatibility
COMPATIBILITY SCORE OVERVIEW
This is an indicative score from other readers. For a more accurate match, it is necessary to do a synastry compatibility calculation.
What percent do they match?45 Votes
76
Pros
Very patient
Considerate
Long term relationships
Cons
Afraid to open up
Sink too deep into their differences
Guarded
76
match