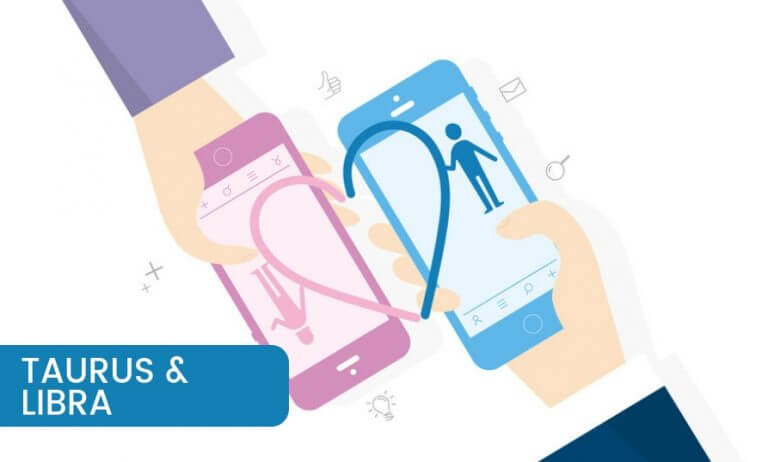 Initially, the Taurus and Libra couples feel a strong magnetism in each other’s presence; their common ruling planet mainly powers this magnetism. Venus represents several sensual properties such as beauty, romance, and love. The pull of these traits from the Taurus and Libra partnership can create a sizzling relationship that is built on the things they love and share.

Taurus and Libra share a good compatibility as they both have a taste of finer things in life such as good food, sensual music, and arts. They adore the courtly style of romance that is built on a meticulous process of a courtship of the man and the woman.

Emotional Bonds of a Taurus and Libra Relationship

In a way, Taurus yearns to have emotional security and stability in their lives. They aim for partners that have a steady home and can cozy up with them in the security of their residence. Libra, on the other hand, wants peace and harmony through their emotional bonds, which makes them most compatible with Taurus, emotionally.

There are other conflicts of emotion that can create a hurdle for a Taurus and Libra couple. The Taurus sign is a Fixed Earth sign, while the Libra is an air sign with a breezy nature. Libra has a constant fluctuation of emotions and mood, which is why they constantly seek harmonious partnerships that can balance their extreme emotional nature. The Taurus compatibility with a Libra faces several hurdles in the face of this indecisive nature, which can be a bit too much for them at times.

Sexual and Romantic bonds of a Taurus and Libra Relationship

Like we said before, being ruled by a planet that represents love and romance can work in favor of Libra and Taurus compatibility. This can create a special oomph in the relationship, giving a comfortable and sensual atmosphere during sexual intimacy. They connect through this sensual bond in different ways that can either work in their favor or work against it.

A Taurus with Libra has to deal with the lack of tenderness in the romantic bonds they create because of the different exalting planets, Moon and Saturn, respectively. Due to this difference, the zodiac compatibility suffers from an issue that can be described by observing parallel lines that move in the same direction but never meet. No matter the differences, Taurus and Libra can build their relationship on the sheer pull of attraction during their first date.

Taurus and Libra: The Archetypical Clash of a Zodiac Love Match

You would think that Taurus and Libra would be a perfect fit together due to their ruling planets. However, the mythical archetype of the zodiac signs begs to differ. Libra is an Idealist; they have a perfectionist streak, even in a relationship. On the other hand, Taurus leans on realism, who sees things as they are, even in the depths of the soul. When a Taurus dates a Libra, they are often exasperated by the constant changes in the Libra, who can never have enough of anything.  Taurus Best Love Match must have a steady or a charming enough personality to keep their partner interested.

For their relationship compatibility to improve, the Taurus needs to compromise on the different habits of Libra that makes them happy. While the Libra partner needs to keep reigns on their indecisiveness, otherwise they can never become Taurus compatible signs.

To put things in perspective, a Taurus Man and Libra Woman do not have a good zodiac compatibility. The only thing that keeps the Taurus and Libra couple interested in each other is the common habits they share, their love for the fancier style of life. The possessive nature of the Taurus man will constantly try to put a leash on the free-spirited Libra woman, who in her innocence, yearns for social connections. Their relationship compatibility will also be affected by the idealist and realist nature of Libra and Taurus, respectively. They can develop strong relationships of love and respect if they learn to see past their differences. To form a compatible relationship, they have kept control of their emotions in times of adverse conditions.

The Pros and Cons of Strong Taurus and Libra Compatibility

For a Taurus and Libra relationship to grow and work well, both parties need to learn social graces and charms that can win a long lasting love. Their relationship is built on compromises because of the conflicting elemental signs, the initial stages of their relationship are mostly instinctual as is seen in other earth and air sign couples.

Taurus and Libra Compatibility
COMPATIBILITY SCORE OVERVIEW
This is an indicative score from other readers. For a more accurate match, it is necessary to do a synastry compatibility calculation.
What percent do they match?95 Votes
71
Pros
Comfortable atmosphere
Mutual love of courtship
Common habits
Cons
Indecision nature of Taurus
Lack of tenderness
Lack of commitment
71