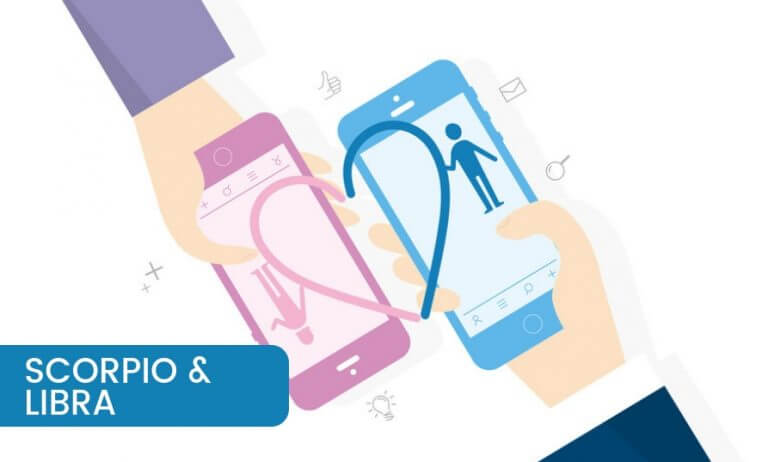 The question above is very important. Given how the basic factors involved like zodiac elements and Scorpio dates do not favor this combination of zodiac signs much, it is mostly up to the couple to realize what might be deteriorating their relationship and actively work towards making it better. Scorpio and Libra are a match not made in heaven. But it should never stop you from giving it a shot if you truly love the other person.

All we are saying is, when strict astrological principles are considered, Scorpio compatibility with Libra does not turn out to be as exciting a prospect as to declare them a zodiac love match. Let us comment on each factor that helps determine a compatible relationship and then leave the rest for you to decide.

Scorpio and Libra Sex and Intimacy

This is the most important factor when judging any two signs’ dating compatibility. One reason is its huge popularity among the general public, and the other being the logical argument about how could a relationship be expected to last if the first parameter is not cleared with sufficient score. Let us be honest; if two people do not find an understanding in bed, it is impossible for them to stay together.

When it comes to Scorpio and Libra come together in a bed, the results are surprisingly not that bad. One would expect, how each of them belongs to opposing zodiac elements, that the first thing these two would be bad at would be sex. But they prove one wrong in this department. We are sure it is the Scorpio dates playing their magic here. This can be proved by the fact that they are each ruled by a planet that also rules their opposing sign. In real life, one may refer to this as the enemy of my enemy is my friend. With that said, zodiac compatibility between Scorpio and Libra takes a positive turn in the direction of sex and intimacy.

More on the Sexual Appetite of a Scorpio and Libra Couple

We discussed the involvement of zodiac elements and how one expects them to negatively affect the sexual appetite of a Scorpio and Libra couple. The elements do try to do that if one is, to be honest. In all truth, a Scorpio man Libra woman couple may expect clear differences when they are together. The man, being ruled by the element of water, may show calmness and tenderness, and may even demand it.

The woman, being ruled by the element of air, may want to explore new fronts and directions. This is all neutralized to some extent by the intervention of Venus and Mars, who give these two signs more to share than to fight on. This gets translated into the animalistic behavior both the signs show when together in bed.

Scorpio and Libra compatibility takes a hit when it comes to trusting each other. And in that case, it is not the fault of the Scorpio person either. With analyses and observations of centuries, astrologers have concluded that Libra is a sign that seeks so much public approval and praise, it effectively lives off it. In that quest, a Libra person may actively try and flirt with many other people in an attempt to charm them.

While this is all only out of their natural habits and has no malicious intent to it, the ever-emotional Scorpio thinks otherwise. To them, this is the ultimate betrayal, subsequently becoming the prime cause of mistrust between the two. Astrologers believe that if there is one factor that leads to Libra not becoming a Scorpio best love match, it is the factor of trust.

Things begin to take an interesting turn when it comes to emotions in a Scorpio and Libra couple. With the rule of Venus and Saturn’s exaltation in a Libra’s natal chart, it is very easy for them to become one of the Scorpio compatible signs by showing a great emotional connection.

However, problems arise because even though Libra can be compatible here, it doesn’t want to be all that Scorpio requires. Think of it this way, in a Scorpio woman Libra man couple, if the conditions are all perfect and no tensions exist, a fire of emotions will build that will burn everything that comes in its way. But when there is no effort done on the part of the Libra person, one should not expect even a flimsy flame. It is quite unexpected as to what the turnout of such compatibility could be, but the general trend has been negative so far. This is why Libra can’t be easily termed the most compatible with Scorpio.

Communication is the second factor that should give you hope if you are looking forward to a relationship of Scorpio with Libra. Over here, Libra plays the savior. This is because, with the increased interactions they have with people, they know exactly what direction any conversation is moving in.

With that being said, anything that a Scorpio says to them will never be taken in the wrong context. And even if there is confrontation and things get a little dirty, the Libra person will understand because they know and understand all the reasons behind it. Libra acts as the perfect buffer for all the emotions packed inside Scorpio.

Rest assured, Libra and Scorpio, although not declared the best for each other out in the open, have a lot of strong factors backing them up into a smooth and robust relationship that can indeed last a lifetime.

Scorpio and Libra Compatibility
COMPATIBILITY SCORE OVERVIEW
This is an indicative score. For a more accurate match it is necessary to do a synastry compatibility calculation.
What percent do they match?53 Votes
46
Pros
Great sexual understanding
Mutual passion and love
Good connection
Cons
Have essentially nothing in common
Can not seem to understand each other
Are not emotionally attached
46