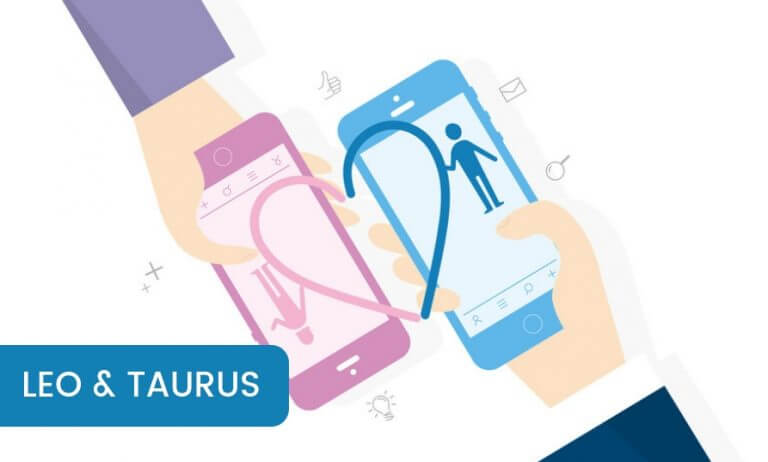 If we were to answer that question in all honesty; Not Too Much!! And those three words describe a Leo and Taurus relationship to the most accurate degree. It is a popular belief that Leo compatibility usually tends to be a hard-pressed issue because of how hot-headed they are and how they have no one who understands them properly.

However, in the shape of a Taurus, they get to let off some of their steam without being misunderstood for the first time in a while. This is mainly because of two factors, which determine any zodiac compatibility for that matter. We will discuss those too, once we get done with an individual analysis on how each factor works out for Leo and Taurus compatibility.

In determining a zodiac love match, the first step is understanding each other in bed. This is important with regards to the fact that no relationship progresses further if the two people involved do not feel comfortable with each other when having sex. Once that stage is cleared, only then can further dates take place. Till then, it is only a matter of guessing how the other person could turn out to be.

In the case of Leo and Taurus, however, there is not much trouble, as sex is one of the few things that are pretty good in this companionship. This is mainly because both, Leo and Taurus have a similar approach towards sex, which can backfire equally as much, but it is always worth taking the chance. The planets have aligned in a way so that both these signs tend to be lazy in sex. Submissive is a word that perfectly describes them. In such a condition, both know what their partner wants, and even if they have to take it in turns, both of them can satisfy the other one pretty well.

While Taurus is certainly not the most compatible with Leo, trust is one of those factors keeping this thread of a relationship together. Among all factors that include shared interests and emotions, trust is the one in the best position. This is all thanks to the very bold and truthful nature of both Leo and Taurus. Both of these signs tend to be very truthful to their partners or anyone else about everything whatsoever.

This, in turn, builds a trust mechanism between the two that even when they disagree on stuff, they know they can take the other person’s word for it. In the end, we believe it is such acts that tend to keep relationships together in its truest form.

Leo Compatibility: Leo and Taurus at the Emotional Gates

Emotions do not come too well for these two signs. You need to recall your second-grade science to understand this one. Remember the statement like poles does not attract? This is exactly what happens around here. Both, Leo and Taurus are the personification of love in their own way. Leo tends to be energetic with their emotions and lay them all out. Taurus tends to be very emotional too but does not let it all out in front of the world. In a peculiar way, both of these signs will show not a single ounce of emotion for each other, just like the science lesson.

A compatible relationship is nothing without proper setting in by all the things present in astrology. There are various concepts that stem from the grassroots level in building zodiac compatibilities. One of them includes the zodiac calendar, as in our case, the Leo dates. It is common knowledge that similar positions occupied by planets on two different dates tend to provide zodiac compatibility between them.

In the case of Leo and Taurus, it might be a sizeable judgment to declare that some half of the planets occupied a similar position. This can be proved by some understanding in terms of sex and trust between the couple. Other planets and celestial bodies can be assumed to not be that much in favor.

Leo with Taurus – The Second Reason

The second reason that helps determine dating compatibility between Leo and Taurus is that of zodiac elements. This is a pretty simple concept and one that can be regarded as one of the foundation pillars of astrology. Out of the four zodiac elements, each one only tends to go together with only one other. Those signs belonging to the element of water tend to favor the signs belonging to the element of earth, and vice versa. The same goes for the elements of fire and air too.

In the case of Leo and Taurus, however, the case is a little different. This brings together the signs of fire and earth. This can be the reason to explain very low levels of regard for values and traditions among the two. In addition to that, the very poor communication and mental connection can also be blamed on these elements.

What if not the Leo best love match?

It is important to keep in mind that the above observations are totally not gendered specific. They are equally authentic for a Leo man Taurus woman couple, as well as a Leo woman Taurus man couple. However, one should keep in mind that these faults are not something that can never be overcome. Believing in the fact that time is the best of healers, any relationship can work out given enough time. And with this belief, Leo and Taurus can find peace together too.

Leo and Taurus Compatibility
COMPATIBILITY SCORE OVERVIEW
This is an indicative score from other readers. For a more accurate match, it is necessary to do a synastry compatibility calculation.
What percent do they match?26 Votes
68
Pros
Very compatible
Satisfy partner in bed
Loyal and truthful
Cons
Unable to show even slight emotions
Low regard for traditions among them
Stubbornness causes poor mental connection
68
match

Third Quarter Moon
The moon is currently in Sagittarius