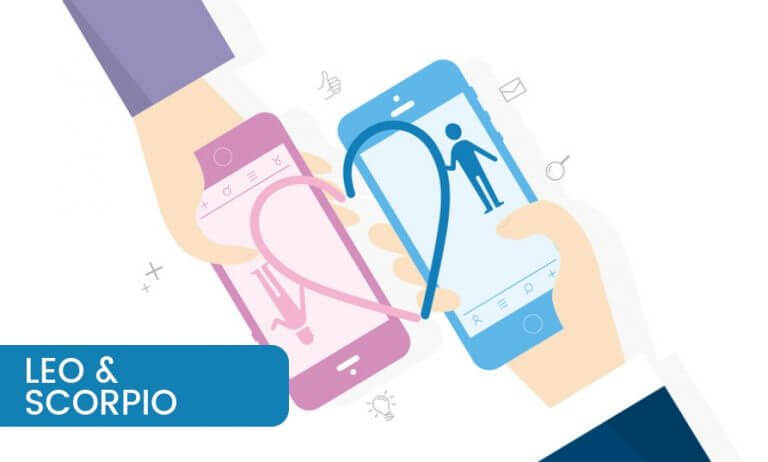 Leo compatibility is always a tricky issue, to begin with. There are some signs that Leo absolutely loves to be paired up with, while others that have no idea how they got so close to a sign that emits so much hate for them. In that mix, there are combinations that exist which are on neither end of the spectrum and pose a somewhat balanced demeanor. This set includes the combination of Leo and Scorpio in the zodiac compatibility family.

Various factors, after analyses by astrologers for over centuries, contribute to this judgment. Where trust and communication are two factors that these signs have a good grip over, sexual intimacy and regard for values is where they get beat. We will give a detailed analysis of these, but we feel there is a need to talk about the reasons that such a situation in the compatibility chart exists.

The same goes for the elements of fire and air too. However, unfortunately, the two signs in question belong to the very opposing elements of fire and water, causing all the trouble. Just like fire and water cannot really function together in real life, Leo and Scorpio cannot either. In fact, this is perhaps the most that Leo compatibility has ever been hit when the other reason, of Leo dates, is somewhat in its favor. Let us ponder over that now.

Forming a zodiac love match is not an easy job. We saw how opposing zodiac elements could cause an issue in Scorpio becoming the most compatible with Leo. The dates tend to solve that problem to some bit, but to little avail. It is the basic knowledge in astrology that two signs tend to be compatible with each other when their planetary positions match with each other. This is so because similar positions tend to give similar interests as well as an approach towards life to both the people involved.

However, there is little hope as only a few of the planets tend to match their celestial positions with each other when it comes to Leo and Scorpio compatibility. This gives them a little success in being very trustworthy towards each other. This kind of a relationship may be good in the office and might end up with increased productivity, but for dating, one could certainly not count on it.

Now that we have clearly established, and with clear reasons that Scorpio can never be called the Leo best love match, let us move on to discussing each factor that makes a relationship successful. The first one naturally has to be sexual intimacy, as it is the first step towards any lasting relationship. If there is little understanding between two people in bed, there is little chance that they would even consider taking their relationship further on from that point. Leo comes from the energetic background. And it expects sex to be the same.

With any of the Leo compatible signs, you would see breaking beds, laughter, and all the likes. However, Scorpio brings about a tender, emotional side towards sex. They want to sit in bed holding their partner’s face for a long time before they indulge in anything serious. This kind of difference is what makes these two people stay away from each other in bed.

Leo with Scorpio: The Positives

There is, however, one positive attribute to take away from a Leo and Scorpio relationship. As we have been mildly hinting since the start, trust is something that comes naturally to both of these zodiac signs. The primary reason behind it lies in the zodiac elements at play, again. With a combination of fire and water, one should not expect much.

However, when energy is coupled with emotions, trust is something that comes naturally. This is because each one sees the other as a means to let it all out. Leo can spill all their energy into the emotional Scorpio, and Scorpio needs that energy to feel alive at times. This results in not just both people confiding into each other in times of stress and sadness, but also an increased level of communication.

Subsequently, when both the people get to see the real person on the other side given enough time, chances arise that such a relationship might work out in the end, after all, giving Leo compatibility with Scorpio a chance.

How gender specific is this relationship?

It does not really matter if the combination is that of a Leo man Scorpio woman, or a Leo woman Scorpio man. We explained how sex and trust work out in such couples. And that is not gender-specific. Similarly, it is not gender-specific when we say that Leo and Scorpio tend to be very weak at emotions. This is because Scorpio is the only one being emotional all the time. This kind of an attitude might put Leo in a bit of a temper at times, which is not good for any relationship.

However, like all relationships, enough time can make any person put up with anyone because they begin to understand each other’s reasons for their actions. The key is to realize where one is wrong and correct it before it hurts the other person.

Leo and Scorpio Compatibility
COMPATIBILITY SCORE OVERVIEW
This is an indicative score from other readers. For a more accurate match, it is necessary to do a synastry compatibility calculation.
What percent do they match?52 Votes
79
Pros
Good grip over communication
Trust comes naturally to them
With time, bond strengthens
Cons
Sexual intimacy is non existent
Regard to values is diametric
Weak towards expressing emotions
79
match