Astrology is organic; it is alive, not mechanical.  There is a certain amount of “allowable imprecision” or elasticity to astrological calculations based on the “inhaling and exhaling” of the solar system. Variation is part of the reliable patterns of planetary and asteroid movement.  This variation can be seen in the transition of a point, most notably the Sun, from one sign to the next, which does not occur on the same day every year but does occur within a reliable range of dates.

For most people, there is little confusion about their Sun sign, mainly because they are born somewhere between the 3rd degree and the 27th degree of the sign, in other words between the 24th and 18th of two consecutive months.  Since I was born on April 12, my Sun resides at 23 degrees of Aries and there is no worry about “am I an Aries or a Taurus?”  But if you were born between the 19th and 23rd of a month there is a good chance that a person you know who was born on the 20th, the same day as you, but in a different year, is actually a different Sun sign.  You and your friend were born on the “cusp” of two signs and you are either at the end of the preceding sign or just inside the following sign.

Even what I have written above is still not refined enough because we have to take into account where you were born and when.  If you happen to be born on January 20th, 2019 in the Eastern Standard Time (EST +5 hours from GMT) zone, at 3:59 am, you would be a Capricorn.  If you were born at 4:00 am or later, then you would be an Aquarius.  Hence, knowing the date of your birth on one of the cusp days may not be enough to know your Sun sign by looking at just an ephemeris that does not include, literally, a minute-by-minute designation.  Most, like the one I used in the preceding section, are set to calculate the time at 12 am or 12 pm at Greenwich Mean Time (GMT), leaving out 12 or 24 hours of the full day.

Now let’s confuse this situation some more.  The above information is based on what is referred to as Tropical astrology, practiced primarily in Western culture (namely the US and the UK/Europe).  There is another form astrology, just as prevalent, called Sidereal astrology, practiced primarily in Eastern culture (namely India, where it is known as Vedic astrology).  These two systems operate on fundamentally different principles (https://en.wikipedia.org/wiki/Sidereal_and_tropical_astrology – the source for explanations below).

Tropical astrology is based on the orientation of the Earth relative to the Sun and planets of the solar system, and is tied to the four seasons by the equinoxes (the time or date, twice each year, at which the sun crosses the celestial equator, when day and night are of equal length – about September 22 and March 20) and the solstices (either of the two times in the year, the summer solstice, around June 21 and the winter solstice, around December 21, when the sun reaches its highest or lowest point in the sky at noon, marked by the longest and shortest days).

Sidereal astrology is based on the position of the Earth relative to both the Sun and planets of our solar system as well as the stars of the celestial sphere.  Because this astrology practice is tied to the stars/constellations and they shift over time, one’s Sun sign actually shifts over time in relation to the tropical seasons.  And so, in Sidereal astrology, my Sun sign is actually Pisces, not Aries.  In fact, it is at 29 degrees and 49 minutes of Pisces.

Astrology is a Language of Languages and Dialects

The best comparison with a mundane principle to describe astrology is not science, but language.  Astrology is a creative, imaginative, archetypical, and insightful language for the astronomy of our Solar System.  “It is written in the stars!”  Just as we have many different languages in the world, almost every culture has a form of astrology.  The two most common and widespread astrological languages are Tropical and Sidereal astrology.  And within in Tropical astrology, you have numerous “dialects” depending on the House system the astrologer or astrology program uses (most commonly Placidus; I use the Whole Sign system for the charts I cast; there are over 10 House systems).

Precision Can be Determined

Precise information, data-wise, about your astrology, in either the Tropical or Sidereal system, can be determined if you know your birth date, birth location, and BIRTH TIME!  It is quite possible you may not know your birth time, and maybe cannot even find it out, especially if, at the time of your birth, the time was not accurately recorded by someone not delivering the baby, having the baby, or trying to hold it together for the person having the baby. Your best source of information is always the birth certificate.  I have worked with clients who asked their mother, got time, then followed up to get a birth certificate and found out mom is 12 hours off.

If it turns out you have no way to determine the exact time of birth, astrology practice does have a technique to use to attempt to determine the exact time of birth; it is called rectification, and is a complex process using the timing of key events in your life to determine which time of birth would likely result in the various outcomes around the various times they happened (major events:  like serious illness, relocation, significant job success or loss).  I employ a simpler method, using applied kinesiology (muscle testing) to tap into one’s cellular memory.  In the few cases where the person has found the birth certificate or a reliable notation, we have been within 5 to 20 minutes of the recorded time, well within “allowable imprecision” to cast a useful chart.

Successfully useful and “accurate” information about your Sun sign or other information offered up by AskAstrology.com will depend on the accuracy and degree of input you bring to the site and the articles you read.  The horoscope information provided here is based on Tropical astrology using the 19th to the 23rd of each month as cusp dates.  If you were born on one of those days, you will need to do some research to make sure you know which sign your sun falls in for the year you were born, the location (a la time zone and daylight savings time observation – a computer will handle all of this calculation), and the time you were born.

What Are the Karmic Reasons for Saturn’s Role in Your Natal Chart? 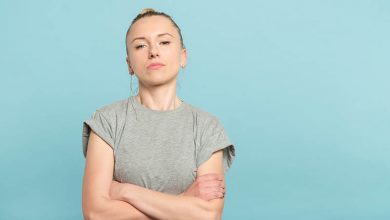 What Is the Most Intimidating Thing About Your Zodiac Sign?

Learning the Secret Massage Points for Each Star Sign

First Quarter Moon
The moon is currently in Sagittarius
The moon is 6 days old
Close
We use cookies to give you the best experience. Continuing using this site we assume that you are happy with it. Ok