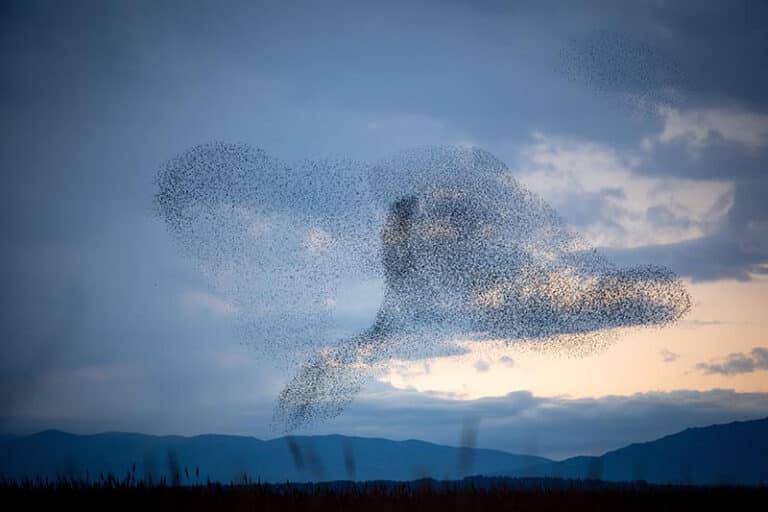 In modern times, we account for all earthly phenomena by the principle of causality. We attribute the existence of a given situation to the exchange of factors which preceded it, saying that situation A developed from the intersection of situation B and situation C.

Esotericists have a different understanding of reality, however. Those who understand the laws of the Universe care almost nothing for causality— which, even the strictest rationalist must agree, does not have anything like the same decisive impact which belongs to the factor of chance.

Causality is a theoretical formula which stands in the same relationship to reality as the abstract concept of a hexagon does to a crystal. We can say that crystals are hexagonal, but none resemble the ideal hexagon, nor are any two alike.

In the same way, while we might have good reason to assume that if we take a certain action, a certain result will occur, as we all know very often that certain result does not occur. We might even say that usually things do not result exactly as we might predict, due to this volatile element of chance. Causality, then, is primarily a comforting and orienting concept which only goes so far as a predictive tool.

The circumstantial aspect of events, which a modern rationalist would attribute to chance, is attributed to synchronicity by the esotericist. Esotericists understand the world not in terms of causality, but in terms of correspondences.

From this perspective, the coincidence of events in place and time indicates a vibrational resonance shared by the elements involved— including the subjective or psychic states of the observer or observers. Every single element of the situation, down to the most seemingly unimportant detail, is an exponent of a certain energy which summoned all parts of the moment to a meeting place like bodies and reflections meeting one another in a mirror.

In this way, we understand situation A to have evolved because its components B, C and D are of the same quality. All are the exponents of one and the same momentary situation; each element is a microcosm, manifesting in some way the qualities of the macrocosm of the whole moment, which is why they are coinciding in the same place at the same time.

In this way divination is the study of Law of Correspondences in the dimension of time. While the “rational” mind carefully sifts, weighs, selects, classifies and isolates the “important” or causal elements, the esotericist might find some more seemingly incidental detail more illuminating or central to the meaning of the overall event even if it apparently sheds no light upon the event from the point of view of causality.

The Law of Correspondences maintains that every physical event is a physical manifestation of events going on on the subtler planes of reality. Patterns in one area of existence correspond to the events observed in other areas, even if there is no “rational” or “scientific” way to relate or connect the two situations.

Many spiritual arts, including divination, astrology, energy healing and ceremonial magic are predicated on this principle of correspondence or synchronicity. Astrologers, for instance, consider the pattern of the zodiac at birth to corresponds to the pattern of an individual’s mind, just as the events of the day correspond to the activity of the planets overhead. To the gypsy, the pattern of tea leaves in the bottom of a cup corresponds to the outcome of a battle, and to the tarot reader, the cards on the table indicate the influences active in love life of the questioner.

Yet this principle applies not only in “magical” contexts, but in any and every context. If a handful of matches is thrown to the floor, the matches form the pattern characteristic of that moment. A card blindly drawn from the deck, or a coin “randomly” tossed turn up in the way that they necessarily must, for each element of a situation is a fractal of the whole. Whatever happens in a given moment possesses the quality peculiar to that moment, like batches of wine whose taste and appearance, to the refined connoisseur, evidence a certain vineyard and particular year.

A moment can leave a long-lasting trace, and the trace of a moment may be found in any aspect of the moment that made the moment what it was, for if it was there, it was there for a reason.

Strange as this may sound to modern ears, it is not so different from the conclusions drawn by modern physicists in the famous particle/wave experiments, who found that their own expectations about the behavior of light altered the behavior of the light.

The world is not purely material, or causal, but decidedly psycho-physical; there is no “objective” world that exists alone in a vacuum, a priori, unto itself. The existence of what we call “the world” is entirely contingent upon our capacity for awareness of it. Any attempts to separate mind from matter lead one to the unavoidable conclusion that reality behaves much more like mind than it does like matter.

Understanding this principle of synchronicity gives one a much broader scope of command over one’s fate, if one can only open to this peculiarly non-linear way of operating. What if, rather than having to plot out causal sequences of action and reaction which, perfectly executed, hypothetically lead to the desired goal, one could instead focus one’s attention upon an essential quality which resonates with this goal, and allow a series of coincidences to sift the dream out of circumstantial potentials into beingness?

What if one could make oneself a vector upon which sympathetic forces converge, sculpting reality into being, not by blunt force and clumsy projection, but by the elegant grace of a disciplined mind?

What if, making the psyche single-pointed like the piercing eye of a hawk, one may give free rein to the creative forces which underlie “chance”, whose artistry and might far outclass our own, in this way leaving to Caesar what is Caesar’s and giving to God what is God’s?

7 Insights into the Spirituality of Death and Immortality