Archetypal Languages of the Cosmos 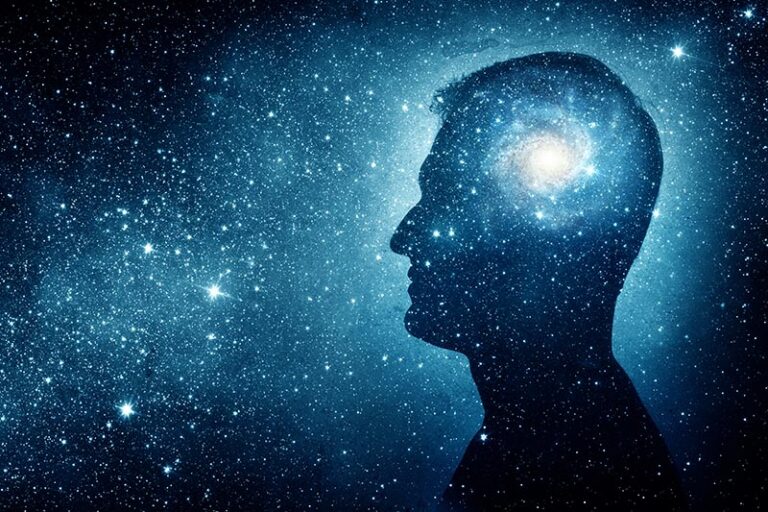 The Universe is made of energy. Everything from the microscopic atom to the most distant blazing Sun is contained within a Oneness, the primary energy or light of all that is.

We cannot directly experience or fully comprehend the nature of this Oneness. Its nature is transcendent and thus out of reach of the ordinary human mind. We may only infer something about the Oneness by observing the cosmic patterns and dynamics which manifest in our experience of the Universe— glimmering, mysterious reflections of a being whose full body we cannot see.

These patterns we may call the Archetypes, or the cosmic languages. They represent the essential modes of the One Light.

These fundamental languages give us a way to approach the ultimate spiritual reality which evades our comprehension, firstly by separating the Oneness into individual threads of energy, each having its own character and tendencies in movement; and secondly, by identifying each with a symbol, which provides a channel of focus for the human mind. This separation into identification provides an accessible gateway through which the human mind may encounter the ineffable and unapproachable Light.

Examples of these archetypal languages include Astrology, Numerology, the Major Arcana of the Tarot, the Elements, Colors, Sounds, pantheons of Gods, archangels or deities, and the Sephiroth.

The spiritual forces which these sets of symbols point to are not mere static forms or qualities, but actually the sources of activity. The ground of being-ness of anything is an animating spiritual essence that makes it what it is.

For example, at the root of the physical form of the chemical reaction we know as “fire” is the elemental vibrational essence, FIRE— a mode of energy which precedes and gives rise to the physical phenomenon, without which it would not exist. But this essence correlates not only to this particular material process of heat and combustion— there are many forms in nature which express this primary frequency.

There are manifestations of the spiritual essence, FIRE, in the plant kingdom and in the celestial zodiac; there are colors and sounds which are the manifested traits of this frequency; and this frequency also corresponds in esoteric psychology to an entire mode of consciousness and domain of life experience.

The Kingdom Is Within You

Because the nature of our Universe is Oneness, the laws by which it is organized reappear at every point within it. In this way, if the cosmic languages point to the form, structure and rhythm of the Macrocosm— the whole of which we are all apart— then they also indicate our own form, structure and rhythm, since we are each a recapitulation or manifestation of the whole.

In this way, you are not merely made “in the image” of God— you are God. You are a living, breathing, walking, talking Cosmos, an incarnate idea of the Universal mind. As such, you embody the essence of the entirety of the mind which bore you. You are an expression of the principles, patterns and energies which operate at the highest levels of the cosmos.

The languages of essences thus provide frameworks, not only for understanding the living forces and principles which are active throughout the Universe, but also those which are active within ourselves. The knowledge we gain from studying the primary languages of essences is twofold, working like a two-way mirror. By gazing at the ordered patterns of the Cosmos, we understand the ordered patterns in ourselves; and at the same time, by observing the patterns in ourselves, we understand more about the order of the Universe.

One in Many, Many in One

The Oneness of all that is can be divided in many ways, with each set of divisions describing a different dimension of wholeness. There are certain numbers of special spiritual significance which recur across a wide array of cultures and traditions, and the languages are often divided thusly. These numbers are: 2, 3, 4, 7, 10 and 12.

The fundamental division is into two: what in the East is called Yin and Yang, Creative and Receptive, Ida and Pingala, or masculine and feminine.

Another primary division is into three, as we see in the Christian trinity of Father, Son and Holy Spirit, or in esotericism as Subconsciousness, Self-consciousness, and Supra-consciousness, which correspond to the three primary colors Blue, Red and Yellow.

There are four directions, four elements and four seasons. There are seven Chakras, seven tones in the scale, seven days in the week, seven archangels and seven luminaries of classical astrology.

In modern astrology, we count ten planets, and there are ten Sephiroth on the Tree of Life, and ten stages in spiritual unfoldment. There are twelve months in a year and twelve deities in the Greek pantheon, with twelve being the interplay of the numbers three and four.

Each individual component within these sets represents, not a static entity, but a mode of operation, a way of being, a state of change or tendency in movement. Therefore, its manifestations are innumerable as it may turn up in any and all spheres of life activity. A spiritual essence may reveal as a certain flower in the plant kingdom, a certain color or sound in frequency form, a particular number, symbol, gesture or deity in a ceremony, or a certain mode of awareness, perception or relating in a given situation. We have all felt the possession of one of these archetypal modes, as though we are being worn as a garment by some primordial agent taking action through us.

The correlation between sound, color and scent is not merely symbolic but actual. The incenses burned in a ceremony are not merely “pleasing” to the deity invoked but are actually expressions of its self-same essence. Thus, we see that there are energetic “families” whose members share a common essence, origin or frequency, even as they reside in different biological kingdoms or states of being. We call this relationship one of sympathetic vibration or resonance.

This principle of sympathetic vibration is the key to all magical work and esoteric study. Within the whole system of the Macrocosm, you reside, a lesser whole or Microcosm, whose structures, patterns and functions correspond completely to those of the greater whole. Therefore, simple practices like meditating upon a color or humming a sound have far reaching consequences, for to think in the languages or modes of primary energy is to rule over that Oneness of which you are a part and which you are a whole expression of.