Home » Blog » Horoscopes » The Dark Side of Each Zodiac Sign 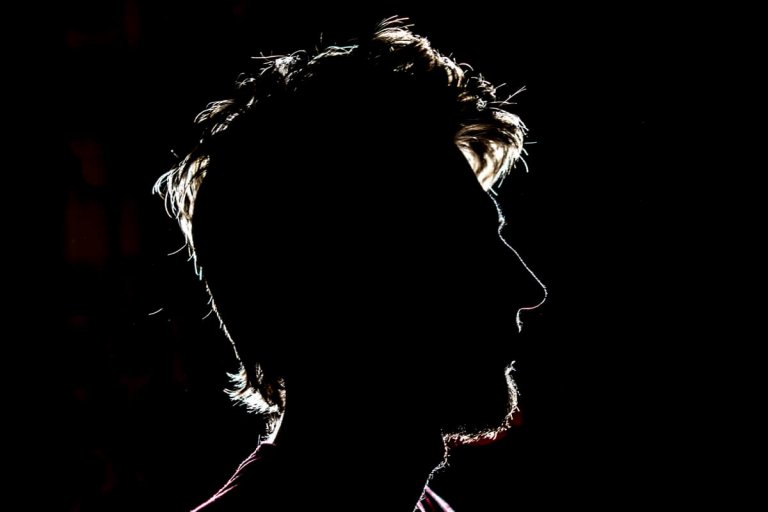 Whenever anyone hears about the traits of their sun sign, they want to know what strengths they have as a result. However, just like with anything in life, there is a good side and a downside to it. And that includes the traits of the signs of the zodiac. With that said, are you ready to learn about the dark side of your sign? And you are ready to accept it and perhaps know where you can improve on as a result? Below you will find out the dark side of each zodiac sign.

Aries is the first sign of the zodiac and it is a fire sign that represents initiation and passion; however, it is also known to be impatient and self-absorbed. And, that is definitely the downside of Aries.

Those who have the Aries sun sign can be very impulsive and do not think before they act, and they are quite immature and throw their own version of tantrums if they don’t get their own way. As children, they would have thrown many tantrums as you would expect in a child. But as adults, they may do so by telling someone off and getting into the car to drive away quickly.

Taurus – Stubborn to a Fault and Self-Indulgent

Taurus is the second sign of the zodiac and it is an earth sign that represents stability, a love for the material, and a need for security. However, it is a known fact that the downside of Taurus is extreme stubbornness. The Taurus will only make a change if they see a reason for it but will not do so otherwise which means they would rather stagnate than make any changes.

They also have a tendency to overindulge when it comes to spending money and when it comes to eating! They often find that their waists are expanding quickly and while their wallets are shrinking.

Gemini is the third sign of the zodiac and it is an air sign that rules communication and being versatile. Those who have this sun sign are excellent chatters and are very curious. However, they also are very moody and can play a game of Dr. Jekyll and Mr. Hyde in an unpredictable manner.

Cancer is the fourth sign of the zodiac and it is a water sign that rules maternal instinct, the home, family, and emotions. However, as nurturing as the Cancer can be, those that have this sun sign are also known to be highly emotional which can be quite draining.

Additionally, those who have this sun sign can be easily offended which means people will have to constantly walk on eggshells which makes things very uncomfortable. Cancers take everything personally and will become very easily offended as well.

Leo is the fifth sign of the zodiac and it is a fire sign that rules royalty, playfulness, creativity, and youth. Leos are fun and can be extremely great company. However, they demand attention and want to be in the spotlight. And that means the Leo will be quite self-centered and self-absorbed in many situations.

That means if a Leo is invited to a wedding or a party that is celebrating someone’s milestone birthday, guess who will hog up the spotlight and need to be on video or camera at any chance they can get?

Virgo is the sixth sign of the zodiac and it is an earth sign that represents health, work, service, and analyses. However, the one trait that Virgos have that is quite negative is the need for perfection. If it is not perfect, then they will not accept it. This means that Virgos can easily come off as very judgmental and can be harshly critical.

That means if you have put on weight and you are wearing something that isn’t overly flattering, the Virgo will not hesitate to point that out. Or if you cooked up dinner and there is not a lot of spices in it, then the Virgo eating it will also point that out and say it is too bland.

Libra is the seventh sign of the zodiac and it is an air sign that represents fairness, balance, and beauty. Those who have this sun sign have a difficult time making up their minds and as a result, rely on others to make decisions for them. If they are forced to make a decision on their own, they will take a long time making that decision which can be frustrating.

The other dark side of Libra is that they can be passive-aggressive and very sly. They get angry like anyone else. However, they avoid confrontation like the plague. And as a result, they will do things behind your back and praying that you don’t find out what they do. If you find out, they hide because they know you will confront them!

Scorpio is the eighth sign of the zodiac and it is a water sign that rules passion, transformation, and intensity. However, you have probably heard that if you are on a Scorpio’s good side, then you are in good hands. On the flip side, if you upset a Scorpio then you will be on their bad side. The least of that is that you will not be forgiven. And you don’t want to get on their bad side as the Scorpio will hold a grudge.

They also tend to be very sarcastic and hurtful, especially if they don’t like someone but don’t dislike them enough to be on their bad side.

Sagittarius is the ninth sign of the zodiac and it is a fire sign that rules optimism, exploration, and adventure. And those who have this sun sign are said to have no filter which is a problem when it comes to their social skills.

They also come off as know-it-alls and self-righteous which is a turn off for people.

Capricorn is the tenth sign of the zodiac and it is an earth sign that represents hard work, business, organization, and sophistication. And those who have this sun sign tend to be quite controlling as they have to have things done in their way and their way only! They also tend to exaggerate their negativity as they act as if something negative that they had experienced, especially when it comes to work is the worst possible thing to happen!

They also have a tendency to look down on those who they see as beneath them which is a snobbish attitude!

Aquarius is the eleventh sign of the zodiac and it is an air sign that represents innovation, uniqueness, and humanitarianism. Those who have this sun sign are known to be very friendly and are known to be giving when it comes to charitable causes. However, at the same time, they think they know what is best and as a result, they will be judgmental towards those who do something different than them that they think is wrong. In other words, if you have a different belief or a different way of doing things than the Aquarius, you will be judged by those who have this sun sign for not doing it right.

Additionally, those who have this sun sign are known to possess sarcastic traits that may be hurtful to others even if they don’t mean to be!

Pisces is the twelfth and last sign of the zodiac and it is a water sign that represents intuition, creativity, psychic ability, and dreaminess. Those who have this sun sign are also empathetic to a fault as it is a water sign. However, they tend to become into their own little world and that makes them oblivious to what is going on around them.

That means the Pisces will not necessarily hear what you are telling them, and it has nothing to do with them not caring. They are just too into their world to listen. They also tend to believe anything that anyone tells them which means they can be quite gullible despite them being intuitive.

Now that you have learned about the dark side of each of the signs, you must find that some of it resonates with you. And if it doesn’t, then remember that it also applies to your rising and sun sign. So how have these traits gotten you into trouble in the past?