Using Our Senses to Connect to One Another 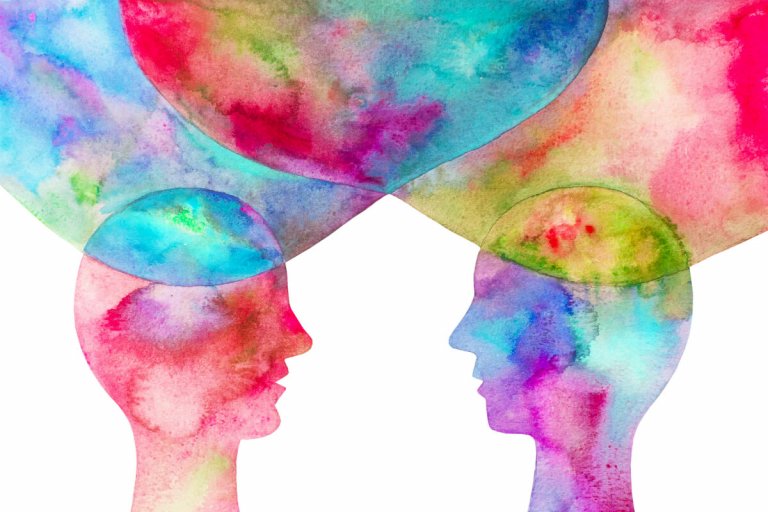 Back in 1996, I was lucky enough to visit Kathmandu, Nepal when it was still a very tranquil and peaceful place.  This was before the assassination of the King in 2001 and the massive earthquake of 2015.

The people there were gentle, kind, and creative and I quickly made some very strong friendships for the brief hiatus of my journey.  Immediately I noticed that these people often communicated without words, there was a strong knit community around the ex-hippie area of Freak Street and their use of telepathy was quite clearly regarded as ‘the norm’.

My personal experience of this, initially, was that I would think about something, sometimes a thought that was quite off the wall, only for somebody to begin talking to me about that very thing!  I was of course amazed initially at what I regarded to be a ‘synchronicity’ yet the nonchalant response I received in return began to change my perception.  I slowly began to recognize, tangibly that we are born with the ability to be telepathic and that this was simply a ‘sense’ that these people in Kathmandu had never been taught to block or distrust.

If you think about it, we already know this, all of us have, at some point, witnessed the amazing bond between mother and child.  Some mothers trust it and help their offspring to begin their life outside the womb with as little disruption as possible by doing so.  Animals on the other hand rarely fail in their ability to bond with their young and maintain an otherworldly understanding of the infant’s needs and comfort.

We are raised in the modern Western world to reject all that is unseen and unverifiable by science, and therefore fewer and fewer of us are allowing these beautiful ethereal bonds to endure.  It’s so much easier to follow the crowd and orient one’s life along the ‘path of the least resistance’.  None of us want to be singled out by a disgruntled group, pointing their fingers at our strangeness and so we stifle our feelings and learn to cut off the natural ability we have to deeply ~connect~ to one another.

On the contrary, I was luckier than most.  My mother is one of a pair of identical twins, both born from the same egg, entering the world from the same womb.  Often my mother would refer to pains, or thoughts that she would claim to be from her twin sister.  At first, I was fascinated by this, but as her words were so regularly corroborated by my Aunt and my mother’s instincts were so impressively accurate, I began to view this as their ‘norm’.  They had never experienced anything different in their lives and had always communicated using their own language, along with another level of thought & sensory transference that was unspoken.

It led me to the kind of childhood in which I built up a very strong relationship with my cat which I felt was almost as effectively telepathic as the bond shared between my mother and my aunt.  It seemed my big Aries ginger cat knew all of my feelings and thoughts.  The two of us were inseparable and I’ll never forget the day he called me over (mentally) to the window for me to see a hedgehog for the first time.

The truth is I haven’t lost this bond with animals, mostly because animals use their telepathic and instinctive senses with one another all the time.  We all know a story about an animal who dotes on us more when we are sad or unwell, many of us may be lucky enough to live with an animal who senses our needs this keenly.  I remember my Mom’s Pisces cat would shy away from anybody but herself or my Dad.  Until one day I lay down on the floor next to the fire with very worried energy.  I had a cyst on my ovary and have not yet had it scanned, I was unsure if it was benign.  The lovely little Pisces cat came and sat on me for the first time, exactly on the spot where my cyst was.  It was the beginning of us becoming inseparable whenever I was visiting.  Even when I phoned, he would put his ear next to my Mom’s and purr at the sound of my voice.  It is amazing how accurate the senses of our animals are, or is it?  Perhaps we are just as able, and we’ve just forgotten?

Connecting with Other Humans

It’s not surprising how blocked and difficult it is to connect to other humans when you think about it.  All of us with our busy lives and our minds filled with constant thoughts, our downtime lost in social media, news, and networking.  So rarely allowing ourselves the time to relax, or meditate or be in nature and provide the opportunity for other kinds of information and experience to come through.

Modern lighting, the 9-5-day, mobile phones, and the over-emphasis upon science and the news have rendered most of us quite incapable of relaxing long enough to tune into the bigger picture.  In fact, many would reject the very notion of this being a possibility at all.  Ironically, even though we are not aware, we are all still responding to and feeding off the energy around us at all times.  It is a fact that many of the most notable inventions were created concurrently by more than one person/team at the same time.  Is this telepathy, or is it that certain changes are simply fated?  If a thought comes from out of nowhere to a more receptive mind, does it come from another human or another realm?

For those of you who are very creative, you will be familiar with the feeling of ‘channeling’ some of your best work.  Again, where does this come from?  Is it simply an idea that is ready to be grasped by the nearest, creative person who is open and ready to utilize it?

How much more powerful our lives would be if we did use these ways to connect in our daily lives.  Many of you will have an experience with a loved one where you both text at the same time or think of what the other is thinking.  Imagine honing this ability to not even need to text, or to able to meet up in your dream worlds and share an adventure?  How much closer would your most important relationships be, if you trusted that you could feel their hearts and their thoughts and were connected to one another at all times?

You may have known a dog or cat who waits at the doorway for his/her owner even when they are coming home at a different time.  Why is it we are not able to tell when our pet is on their way home also?  Or maybe we are?  Perhaps with good practice, this could become a ‘norm’ for us all.

Book Review: I Ching, The Book of Changes and the Unchanging Truth by Hua-Ching Ni