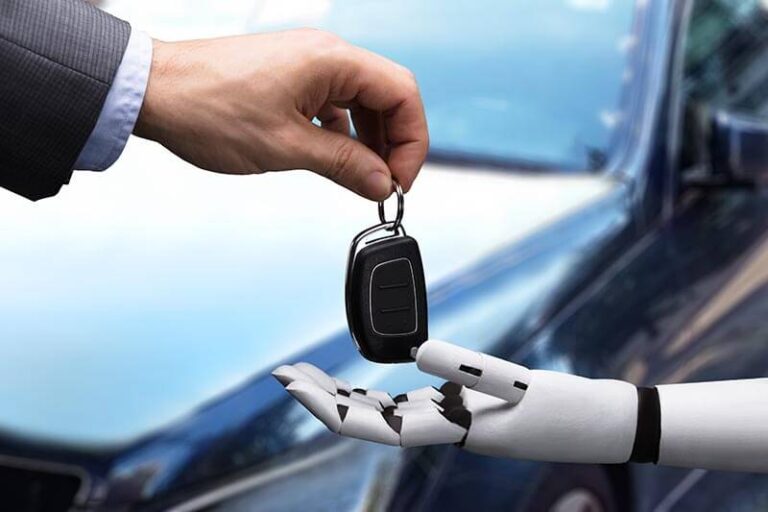 Uranus in Taurus began in December of 2019 and will last until July 2025. The last time Uranus was in Taurus was 1934 to 1942. It is easy to identify these years as the time of the Great Depression and the beginning of World War II, and those events can certainly reflect Uranus in Taurus. But, more interestingly, Uranus in Taurus represents breakthroughs in technology and social norms that revolutionize everyday life. This article will look at current and possible impact of autonomous driving.

Uranus brings breakthroughs, shocks, and revolution. Taurus conserves, supports traditions, and prefers for things to “stay the way they are”. So, you can imagine that this transit is likely to impact life in fundamental (Taurus) and revolutionary ways (Uranus) while it goes on from 2019 to 2025. Wikipedia provides a nice definition of autonomous driving, “A self-driving car, also known as an autonomous vehicle, driverless car, or robo-car, is a vehicle that is capable of sensing its environment and moving safely with little or no human input.”

Among the most significant technological advancements when Uranus was last in Taurus was the invention of rocket-powered flight in 1939 when the Henkel He 176 aircraft was powered by liquid-propellant rocket fuel. Aviation took a “game-changing” leap forward. While autonomous driving technology is still in its early stages, the possibility that it could become part of everyday life is no longer science fiction, but on its way to becoming science fact.

Released in 2002, the film stars Tom Cruise and was directed by Steven Spielberg. Spielberg invited fifteen futurists to propose technologies that would likely be possible and part of everyday life by 2054 when the film takes place. The film was based on the short story by Philip K. Dick. Driverless cars were one of the fifteen proposals that made it into the movie.

The technology first began to be developed in 1984. By the time of the film, many advances had been made, but nothing near what the film shows. It was not the first film to show automated driving; others include Demolition Man starring Sylvester Stallone (1993) and I-Robot starring Will Smith (2004). In each case, the autonomous or driverless car is part of a future where it is made clear that letting people drive is dangerous.

CEO Elon Musk famously said, in a 2015 interview, “People may outlaw driving cars because it’s too dangerous. You can’t have a person driving a 2-ton death machine.” Electric cars may be the first significant change, but autonomous driving is not far behind. Even Musk said he wants his company to be known as the company that invented autonomous driving more so than as an electric car company.

Therefore, it is not surprising that, as an aspect of American history, the period between 1935 and 1942, and the years soon after, when Uranus entered Gemini, would be one of the astounding breakthroughs in technology and societal norms. Let’s just consider a few profound examples: rocket power for planes, with the development of the Heinkel He 176 in 1939; the discovery and use of nuclear fission (1938), which lead to the development of the atomic bomb; and women entering the workforce in support of the war (1940 to 1945). Each of these, and many more, fundamentally redefined reality (Taurus) in shocking ways (Uranus).

A Safer World with Fewer Jobs

Uranus is constantly doing breakthrough work, but what makes a breakthrough special in an earth sign is what “sticks” and becomes part of the real world. In Taurus, we want to pay attention to the ones that could really change the foundation, and autonomous driving could be one such breakthrough. However, it probably has a much steeper challenge in front of it than, say, the electric vehicle. Ford Motor Company will be releasing the F-150 all-electric truck into the US market in 2022, where truck sales account for nearly 70% of all vehicle sales in the US.

There might need to be infrastructure changes that need to go together with in-car technology, especially to reach the goal of a driverless vehicle. Perhaps sensors in stoplights or on street signs will need to be added. The impact, however, would be tremendous. And the one industry that could feel the brunt of the change would be the car insurance industry. Eliminating wrecks eliminates the need for insurance.

How about no revenue for speeding tickets for police departments and the fees for owning a car? What about not needing to own a car, the second most expensive and necessary purchase in the United States. Human inefficiency as drivers provides millions of jobs for people who do repairs, both to cars and people. Autonomous driving may make society safer, but the impact on numerous industries, by significantly reducing or eliminating them, would be a perfect example of Uranus in Taurus.

Manifesting and the Concept of Momentum