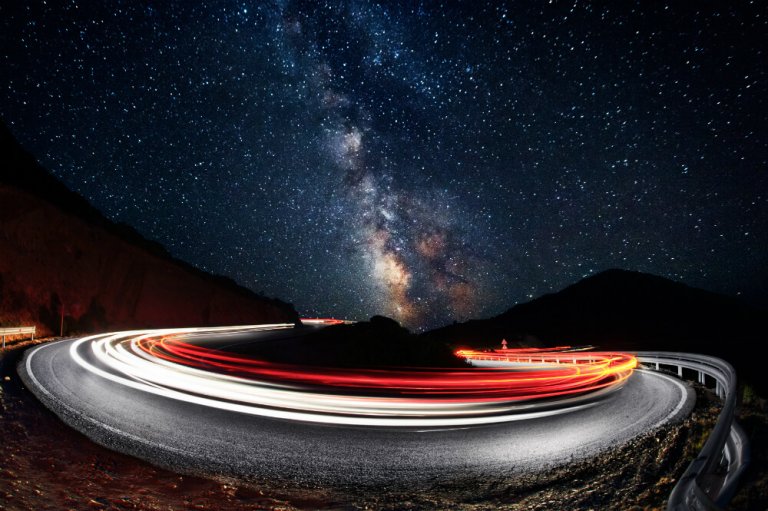 Retrograde motion is an interesting phenomenon in astrology practice. The term describes an optical effect that occurs when one body is moving faster than another body and from the perspective of the faster body, it appears as if the other body is “moving backward.” Consider you are driving and going 75 miles per hour (mph)/120 kilometers per hour (kph) and you start to pass a car going 60 mph/96 kph. You turn to look at the driver, and from your point of view, it looks like the driver is moving backward. That is a retrograde motion. Since we view the solar system from an Earth-centric position (your birthplace/date/time on Earth), from time-to-time, all the bodies except the Sun, which is the actual center of the solar system and the Moon, which revolves around the Earth (and not the Sun), will have periods where they “appear” to move backward in the sky. This periodic “change in perspective” means something interesting and useful in astrological practice. This article and others will explore the retrograde effect for specific points when they change from direct motion to retrograde motion in any given month.

Nearly every month a body in the sky will “go retrograde” or “go direct” (after being retrograde). This article will explain the three phases of observed movement for a planet or asteroid from our viewpoint on Earth. If we were to view the solar system from its true center, the Sun, no astronomical body would show retrograde motion. All motion would appear direct. In truth, even from the view of Earth, all motion IS direct; our relocation of position from the center is reframing the perception of a consistent effect. We see planets and asteroids in direct motion most of the time, in retrograde motion a portion of the time, and in a stationary state (“stand still”) for a very small portion of the time.

The most famous retrograde is Mercury Retrograde. This article is not going to interpret this phenomenon, but I will use it to illustrate the general percentages of direct, retrograde, and stationary periods. Mercury takes 88 days to go around the Sun and approximately a year to go completely through the Zodiac. So, roughly once a year Mercury will return to the same degree and sign as your birth, known as a Mercury Return.To give you a sense of scale, Saturn returns to its degree and sign between 28 and 29 years of your life and again at 56 to 58.  In most calendar years Mercury will retrograde three times for three weeks each time (so in 2019, from 3/5 to 3/28, 7/7 to 8/2, and 10/31 to 11/20).

Out of 52 weeks in the calendar year, 9 of them will see Mercury Retrograde. Only 3 or 4 days out of the year account for the stationary period when Mercury is moving from direct to retrograde. Consider that humans tend to love rare commodities or experiences, so people born during a Mercury Stationary period will be the rarest of charts. Mercury Retrograde people will be far more common than Stationary Mercury people, but not nearly as common as Direct Mercury people (D=82%, R=17%, S=1%).

So, what does retrograde motion mean in terms of astrological interpretation? It means a lot of “re’s”:  relax, reflect, re-evaluate, restore, rest, recuperate, review, re-establish, retract, and so on. In other words, slow down!!  Think of direct energy like a highway speed, in the US the top speed limit is 85 mph in Texas, and in most countries, the top speed is 130 kph (excepting famously, the autobahn, in Germany, which boasts no speed limit). Now imagine that the highway is coming to a section where it will run through or around a major city, requiring drivers to slow down. The need to change the speed limit to a slower speed because of a change in the energy of the surrounding area (from open to more congested) is the perfect metaphor for the meaning of retrograde periods in astrology.

How much you need to slow down will depend on the specifics of the retrograde by point and sign. Now here’s the crucial point (emphasis mine): retrograde motion is normal; it is part of the normal cycle of planetary observation. You can do anything during a retrograde period you can do during a direct period IF YOU MIND THE SPEED LIMIT! The reason problems arise for individuals, a company, or a country during a retrograde is because they do not adjust to the change in the energy and thus DO NOT ADJUST TO THE NEW SPEED LIMIT! Imagine the kind of trouble you would get into if you are driving at autobahn speeds through the part of a city or town where a school is situated, and at a time when the school is taking in or letting out students!

A simple way to understand the meaning of the motions is to think of direct energy as being … well … direct. Retrograde motion holds back, reviews, retracts and waits before acting. Stationary can act or react depending on circumstance or the choice of the person. Think of it this way: if a situation calls for “waiting to react” and the person’s point needed in the situation (say, communicating and thus Mercury) is direct, the person will try to solve the situation by “acting directly”. Since it is their natural expression, it does become a “one size fits all” approach. The same is true for the person with a point that is retrograde. In a situation calling for action, they will consistently feel inclined to react.

Now, thanks to human will, consciousness, and the ability to learn, direct energy people can learn to wait and reacting energy people can learn to take the initiative, but it not “feel natural to them”. It will be a learned behavior. The people with stationary energy for a point will have the ability to be more flexible. Consider this comparison, most people are right-handed (90%), a clear number is left-handed (9%), and true ambidexterity is pretty rare (1%). Numbers all pretty close to direct, retrograde, and stationary. I know many a left-handed person required to adapt to writing with their right hand “back in the day” when handwriting was an essential tool of communication (i.e., pre-computers and cell phones).

General Meanings for Some Specific Points

Below are a few examples of the general interpretation of a point in your chart and what it would mean if that point is direct, retrograde, or stationary.

Mars Direct takes action! Mars Retrograde is waiting to be “triggered” into action. A Mars Stationary person can take the lead if no one else steps up or step back when someone else really wants to take charge.

As with all things astrological and miles and miles past your Sun sign, knowing which points in your chart are direct, retrograde, or stationary can help you get a deeper and more useful understanding of yourself and how you are likely to respond to or take action in life.