Transits and Transition in US Presidency

Home » Blog » Astrology » Transits and Transition in US Presidency 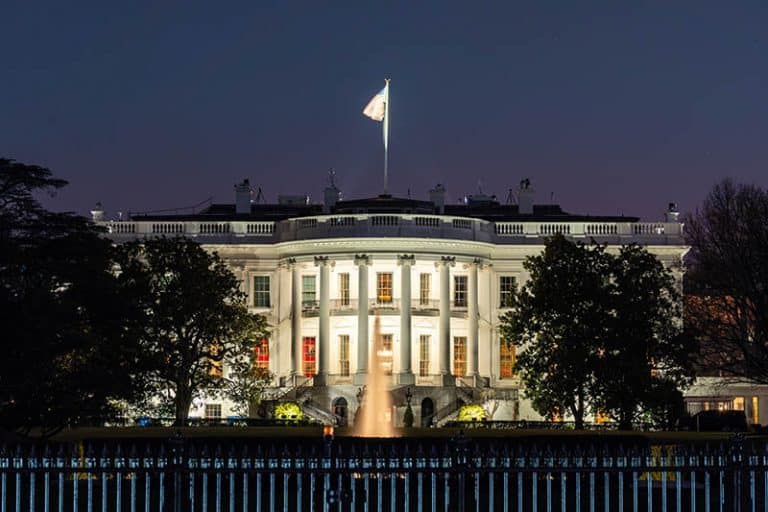 Voting for the United States President began in October with mail-in ballots, culminated on 11/3/2020 with in-person voting, and continues at the time this article was written (11/10/2020) with mail-in votes still be counted.  Joe Biden and Kamala Harris have been declared the winners, but the election is far from settled.

This article will discuss the astrological transits starting back on 11/3/2020 and going until 1/20/2021, Inauguration Day, to offer some insight about possible directions and outcomes for the current and future administration.  The wild ride of America’s Pluto return is far from over, which actually begin in 2008 and will peak in 2022.

Whether you are on the inside or outside, America is clearly divided between two visions, one that is isolationist and conservative, and one that is global and liberal.  Astrologically, this period of time is difficult for the United States because it is having its first Pluto return, which will be exact in 2022, but is being felt years ahead because of the slow movement of Pluto.

It is not out of bounds to say that this election has a Civil War feel, and potential to it.  In fact, Neptune was last in Pisces, where it is now, between 1849 and 1861, leading up to the Civil War.  Additionally, Uranus, currently in Taurus, was last in the sign of the bull between 1935 and 1943, the Great Depression, and World War II.  The volatility level is, as the saying goes, “off the charts”.  These slow-moving transits provide the backdrop for the faster moving points like Mercury, Venus, Mars, Jupiter, and Saturn.

Prediction that is not Determination

With Neptune in Pisces, a prediction is possible, but determination less so.  While Trump and Biden represent opposing views of the course of America, they both operate under the same transits with different possible outcomes depending on free will, a chaotic component of life.  The flow of power has been disrupted with the apparent victory of Biden.  I say apparent because part of the complete victory must come with a concession from the loser, Trump, which has not been given.

In other words, the current power structure is still in play and could regain its footing based on what happens with the transits from now until January 20, 2021.  There will be a series of crucial transits that will indicate the direction of the power towards something new, Biden, or back to what has been for the last four years, in Trump.

Astrologically speaking, the day of the election was significant.  Mercury ended its retrograde phase at 12:50 pm Eastern Standard Time on election day in Libra.  It was clear that the election would be close and divided (the scales of Libra), with only a slight advantage appearing throughout the day.  By the end of the day, the electoral votes stalled at 251 for Biden and 213 for Trump, each needing 270 to claim victory.  Mercury stationed on 11/3 and the election decision stalled.

As mail-in votes continued to be tallied, it became more and more apparent that Joe Biden would garner more than 270 electoral votes and be declared the winner of the election.  On 11/7 the election was called in his favor, at the very same time Jupiter and Pluto merged at 22 degrees in Capricorn, an indicator of “power (Jupiter) transformation (Pluto)”.  Since such a transformation usually entails disrupting the old and elevating the new, the election results went against the incumbent.

Also working against the incumbent was Mars retrograde.  Mars is direct and prefers direct motion.  In many ways the direct motion of Mars keeps the existing power structure rolling along.  However, when Mars went retrograde in Aries in October, a couple of key events happened: it became public knowledge that Trump contracted COVID-19 and behind the scenes, the Trump campaign was running out of money.  Mars went retrograde a crucial period that would hurt the existing power structure the most and potentially break it.

The Next Series of Key Transits and Their Possible Meanings

No existing power structure easily relinquishes control, but the US has been long viewed as a beacon for the peaceful and successful transfer of power.  That will not be the case with this election, and it remains possible the old power structure can hold on and push back the potential change that the current “decision” in favor of Biden implies.  To achieve such a task, certain actions will need to occur in alignment with certain transits.

The best chance for staying in power for the Trump administration will be some significant turning of the tide by 11/13 when Jupiter will pass beyond Pluto, reaching 23 degrees; and Mars will go stationary in Aries.  Whatever the circumstances when these two astrological events occur, those circumstances will represent the prescribed way forward.

If Trump successfully wins a court case and stymies the transition process further, creating more time to build a fraud case and “work the refs” and get them involved in “calling the game” instead of letting it play out, then there is a chance to stay in power.  If these transits arrive and no call has “gone in Trump’s favor”, then this energy will solidify Biden’s path forward.

Mercury Emerges from Its Shadow

At that point, we will “know the truth” of the direction of the country even if all the details have not been worked out.  Following the two possible paths, a Trump recovery, or a Biden transition in full swing, we will know deep down (Scorpio) which one is true and which one is false.  The catalytic or “trigger” moment begins back on 11/13 or 11/14, but 11/19 “solidifies” one or the other path.

The Sun in Sagittarius is about beliefs and Venus going into Scorpio will be about living and relating to the truth of the transformations brought about by the election struggle.  Mercury leaving the shadow of the retrograde phase two days prior will put the truth in our minds.  By 11/21 and after, we will begin living in one truth or the other.  The Sun will shine in “revelation” with regard to the “beliefs” (Sagittarius) of the nation.  Even if Americans are still divided, one will emerge as dominant and take the country forward with its ideology.

Jupiter and Saturn in Aquarius, and Merging; the Sun enters Capricorn

The next significant transition will occur with Jupiter and Saturn when they move into Aquarius.  Saturn will enter on 12/16 and Jupiter will follow on 12/18.  They will merge on 12/21, the day of the Winter Solstice; and the Sun will enter Capricorn that day as well.  At this time the “world order” will have its “complete” answer.

Some time ago I wrote an article discussing the possible directions of Jupiter and Saturn in Aquarius.  All signs have a healthy, positive expression and a shadow, negative expression.  Aquarius is about community, which can be either inclusive or exclusive.  At the highest vibration, Aquarius is “we” and “all of us”; at the lower vibration it is “us”, and therefore, “us versus them”.

Once again, depending on the flow of energy from 11/13 and 14, the whole world will know what the future philosophy and direction of the United States will be and how it will impact the wider world as the current and still super-power.  The America First protectionism and nationalism will prevail and guide the country through its Pluto return or America as a global partner, with a less dominant but more integrated role, will guide America through its Pluto return.

Mars Enters Taurus, then Squares with Saturn in Aquarius, and then Jupiter

There really is no break in the “difficult” aspects between now and Inauguration Day.  On January 7th, Mars finally leaves Aries, after spending seven months in the sign it rules, challenging Jupiter, Saturn, and Pluto in Capricorn throughout.  Even though its entry into Taurus means no more challenging aspects to Pluto, the retrograde phase threw it back far enough to set up new squares with Jupiter and Saturn in January 2021

Any hope for a “smooth transition”, even if the transition determination has been made before the end of the year, in favor of either candidate, is not likely.  There will clearly be winners and losers and gracious attitudes from the winning and losing side are not going to show up without “going against the energy”.  Square aspects represent discord, volatility, and disagreement.  There will be arrogant winners and sore losers.

Lastly, but only as a place to end this article, Inauguration Day will include yet another powerful transit combination.  The Sun will enter Aquarius, and join Mercury, Jupiter, Saturn, and Pallas Athene while Mars and Uranus will unite at 6 degrees of Taurus.  The truly radical and ground-level change will be part and parcel of the swearing-in of the 46th President of the United States.

And, in keeping with a Mars/Uranus combination, it is possible that no President is sworn in that day, leaving the country in what would truly be an “entirely new direction”.  Perhaps neither man makes it to Inauguration Day, which would somehow satisfy the astrological transits in a rather stark, but oddly appropriate way.  As television anchors used to say, “Stay Tuned!”

The Synastry of the Notorious B.I.G. and Tupac Shakur