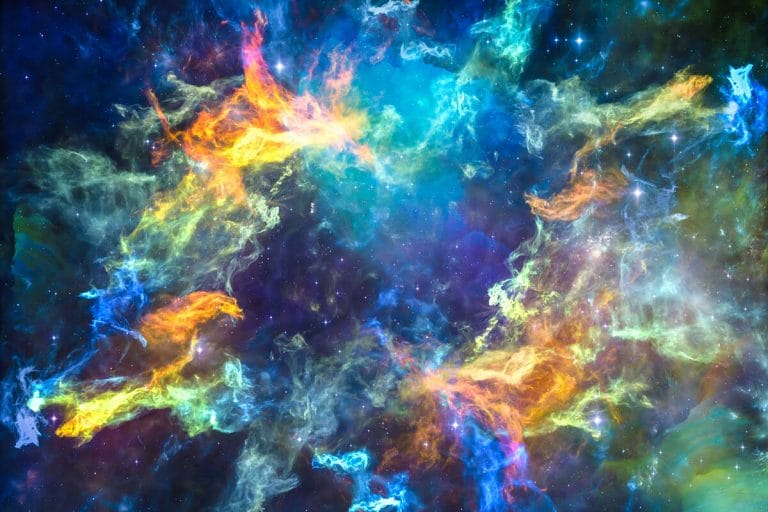 Have you ever wondered how magic works?

“Magic” can broadly be defined as the conscious direction of non-physical energy toward the manifestation of a desired outcome in the physical world.

A Magician enters an intense state of concentration as he performs operations on levels beyond ordinary human perception, and this work creates changes on the physical plane according to his Will.

In traditional schools of Magic, students take many years to study the metaphysical Laws of the Universe, establishing an understanding of the connection between the psyche of an individual and the cosmos at large. What we in modern times call “manifesting” or deliberate creation are vestiges of these older magic rituals, stripped of certain ceremonial elements, and they work according to the same laws, whether the practitioner is aware of them or not.

Outside of the occult niche, many therapists, neurologists, scientists, and coaches are aware of the ways in which your mindset actually shapes and alters your reality. Clearly there is some connection between the inner planes of the psyche and the outer planes of the Universe, but…  what is it, exactly?

Let’s look at the metaphysical structure of our Universe, and explore how magic, manifesting, the ritual and positive focus actually work.

There are Four Worlds (or Planes) of Being:

These four planes exist within an individual, and also in the Universe at large. These are the four planes that comprise all life in our Universe. Each level within an individual interacts with the corresponding level in the external universe. Different kinds of experiences belong to each world, and we have different faculties of perception for the different kinds of data.

All life begins in the Spiritual plane and emanates from there. This is the realm of pure vibration or “Source” energy— what some may refer to as God or Universal consciousness— in which all beings are One.

Human consciousness is not capable of directly experiencing or apprehending the Spiritual plane, except for rare and fleeting flashes in people with exceptionally developed spiritual faculties.

The Spiritual World is the least physical of the four worlds, but it is the world from which all life grows. This realm is associated with the element of FIRE.

Within the individual, the Spiritual Plane corresponds to the Higher Self or the intuitive faculties. This is your “divine spark” or purely spiritual nature and would correspond to the eternal soul that passes through many incarnations. In most cases, the individual is largely unaware of this spiritual aspect of his personality, yet there are constant interaction and communication between the Spirit of the individual and the forces in the Spiritual plane.

All life starts out as the Oneness of pure consciousness in the Spirit plane. In order to manifest physically, some pieces of this consciousness must individualize.

The Mental plane is quite far above the bondage of space and time that belongs to the Physical world. In the realm of Mind, we can be, do, say, create, examine, and invent anything. We can mentally place ourselves in the present, future, past, or stand outside of time altogether.

The limitation that sets the Mental Plane apart from the infinite freedom of the Spiritual plane is that it operates within the framework of language— be it verbal, pictorial, musical, or any other kind of symbol. The Mental Plane consists of awareness that has been rendered in symbolic form.

Once a spark of the divine flame “separates” from Oneness, it attains an identity and is thus manifested in the realm of the Mind. On the Mental plane, spiritual emanations are named. Aspects of the Oneness are translated into concepts, ideas, systems, and symbolic forms.

This is the realm of reason and language, and it correlates to the element of AIR.

When we speak of the “mood” of a room or the “vibe” of a person, we are picking up on something on the Astral plane. Sometimes we walk into a messy house, and instantly feel unnerved, as though the house is “haunted”. Other times we walk into a messy house and instantly feel the warm welcome of a well-loved home. Sometimes we can sense, “for no good reason”, the residue of previous events in the environment, or sense that something “off” about the person who is smiling and nodding at us so cheerfully. Without being conscious of it, you are constantly making decisions in your day to day based on the information you are picking up from the Astral plane.

In the individual, the Astral plane corresponds to the emotions, instincts, and the unconscious. This is the plane of our “moods”, both in a day-to-day way and in terms of the “mood” of the “climate” of our general character. This plane correlates to the element of WATER. We interact with the Astral World through our Etheric body; we experience emotions, moods, instincts, dreams, impressions, and many other mysteries that unfold from the unconscious mind.

The Physical World is the world of seeing, smelling, hearing, tasting, touching that we all know and live in every single day. The Physical aspect of your being is of course your physical body. This plane is associated with the element of EARTH. We interact with the Physical World with our Physical bodies; we experience the constant stream of sensory data through the apparatus of our five senses.

The Chakra System is a sequence of seven energy centers that fall across the central column of the body. Each center represents an awareness or psychological function in the individual. The Four Planes fall in sequence across the Chakra System from the Root (Physical) through Emotional and Mental to Spiritual (Crown). Each Chakra center represents an awareness of one of the Four Worlds. The alignment of these centers greatly aids magic and manifestation work.

Magic and the Four Worlds

Manifestation happens when there is alignment of the four planes. This is the basic principle by which Magic, Manifestation and rituals work.

When there are harmony and unity between our words, emotions, actions, and thought patterns, we allow the energy to flow freely from the Spiritual plane all the way down into the physical, into form.

You can imagine a plumbing system in a four-story building. Energetically, you want to keep the energy flowing freely and swiftly “through the pipes” from the Spiritual, into the Mental, into the Emotional, and finally to the Physical. The natural inclination of this Spiritual source energy is to flow into Physical being, so your main task is to ensure that your “pipes” are open and aligned.

There are many techniques for attaining this harmony between the levels of being, and for guiding the energy with great force and speed, such that you achieve certain desired outcomes in the Physical plane. There are practices you can do on the Physical, Astral, and Mental planes which help facilitate the flow of this energy, which can be found in various Magical or Manifestation teachings. Working with the energy field of the body, for instance, including the Chakra system, can greatly help promote alignment in the four planes of the body.

Now that you have a basic understanding of the structure upon which these teachings function, you will be a far more powerful Creator! There are many techniques and schools for affecting the external world from the internal, but all of them are predicated on this fundamental structure. Lock into the power of this understanding and enjoy creating!