The Truth about Pluto in Capricorn

Home » Blog » Astrology » The Truth about Pluto in Capricorn 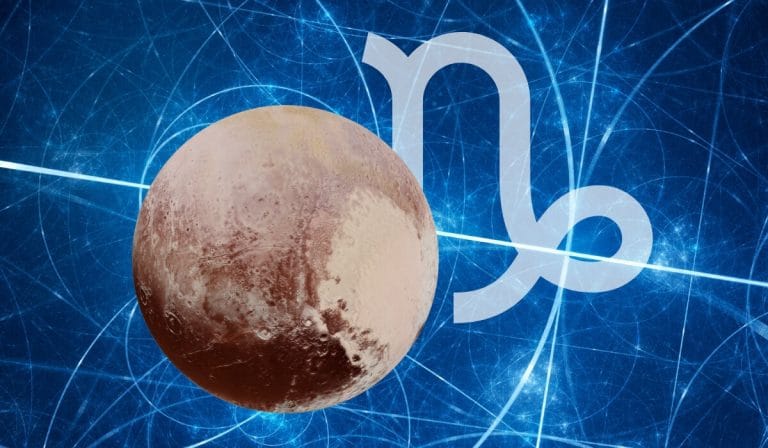 Pluto is reaching the end of its journey through Capricorn and beginning to ring in the massive changes that we Astrologers were expecting, although few of us predicted quite how it would occur.  Overall Pluto will always leave its mark and permanent changes in the manner of each sign it traverses.  Here is an outline of what I expect the culmination to be.

The Timings and the Facts

I provide this information to illustrate how long it takes Pluto to move through each sign, as part of its 290-year orbit around the Sun.

Noting these times also helps to give you an understanding of how deeply and gradually the changes it makes can ripple through mass consciousness, affecting us on a deeper, metaphorical level and altering the world as we know it.  Forever.

So, What Does Pluto Represent?

Pluto is the ruler of Scorpio and is all about change, by very dramatic means.  Pluto will often decimate all that it connects to; it brings us destruction, fear, loss, and death, quite often before the true transformative qualities come to light.

The preface is that Pluto removes, in order to allow the space for something completely new.  It is important to remember when considering Pluto that, outside of our human perspectives there is no concept of ‘right and wrong’ or ‘good and bad’.  Pluto is just as much the devastating earthquake, as it is the errant bramble in your garden, fighting softer plants, in its desire to live and grow.

Pluto is also about power and all things connected to this: money, sex, extortion, and control.  The lower vibration of Pluto is the onerous dictator and the greedy entrepreneur.  Using the dark side of Pluto can create great success until it all invariably implodes upon itself.  Hitler was backed up by Pluto when he gained popularity and fell from grace just as dramatically.

Pluto is always about endings.  The only way to work ‘with’ Pluto is to learn to ‘let go‘, surrender your need for ‘control‘ and transcend the impulses of the ego.  If you have Pluto touching any planets or important areas of your chart, you will find your life changes and that there is some kind of ‘loss’ whether tangible or perceptively.  You will also find you have more sway and gravitas.  Do not abuse this power, as everything we emanate, we end up experiencing.  Learn to go within, find your core, and celebrate the magnificence of nature, plants, and animals, who will illustrate what life is about, far more truthfully than the human race can.

Capricorn is the sign which rules achievement, business and all things constructive and traditional.  So for instance, to a large extent, it rules Governments and large businesses, but it also rules marriages and mortgages.  All long-term investments are connected to Capricorn (and the ruler, Saturn), as it is a slow sign, which is steeped in tradition.  In fact, the Sun sign for ‘United Kingdom’ is Capricorn, taking its date from the unification of England, Ireland, Scotland and Wales in 1801.  The UK is known for its ‘stiff upper lip’, it’s very tangible history, very traditional royal family and it’s rather staunch and unprogressive Government.  These all relate to Capricorn.

People born under the sign of Capricorn are often successful because they are patient and dogged in their approach.  In truth anybody recognizing that consistency and hard work is the key to success will reap their rewards eventually, it’s just that most Capricorns already recognize this and are more likely to apply this from a younger age.

(Please note: these qualities apply to anyone who has a strong Capricorn/Saturn element to their chart and not all people with Sun in Capricorn have it in a strong enough position to illustrate such).

What Happened Last Time Pluto was in Capricorn?

Although Pluto wasn’t discovered until 1930, it is fair to assume that it has been in our solar system for a lot longer than this!  Perhaps Pluto shifted from elsewhere to edge its orbit to join our Sun, and this great shift is what killed off the dinosaurs?  Or even created the asteroid belt.

The last time Pluto was in Capricorn was from January 1762 to December 1778.  This is the period that notably culminated in the American War of Independence, in response to Britain trying to levy taxes from its small island many miles away from the not yet United States, to cover off its debts.  The American colonies, unsurprising weren’t too accepting of this idea, and fought Britain’s unrelenting attempt at oppression, eventually leading to the war.  It is important to note that America won this war against the attempted use of power, oppression, and control in an inappropriate manner.  It’s also important to note that from that day to this, the US has remained a far wealthier land, leading the way in offering opportunity and success to all those who worked hard enough to attain it.  So, the positive side to Capricorn did eventually manifest, after the upheavals.

Also, during the last transit of Pluto through Capricorn; the spinning wheel and power loom were invented, marking the beginning of mass production of industry.  It was a result of these inventions and the cutting of the first canals at this time that factory-era began, along with a massive increase in the production of other industries with the use of many new watermills.

What Will Happen by the Time Pluto Leaves Capricorn?

As we can already observe there will be great changes to the structure of society.  Governments are seeking more power and autonomy, and this is beginning to be very apparent.  The leaders who have been elected recently seem far keener to develop their power and wealth, than any desire to represent the people.  Although there are exceptions in New Zealand for example, who are starting to be known for the compassion and equality offered to their people.  The true Aquarian values are coming through early and setting the western world an example.

It may be that we experience more repression and an increase in the rich/poor divide as the old system fights hard to remain.  As always, however, change is inevitable and old traditions are no longer working.  The internet has made it possible for us to recognize the mistakes being made, and whilst for now, most people are towing the line, this trend will not continue.  New currencies are becoming popular and wealth can no longer be something that is unattainable to the masses.  Uranus in Taurus will embolden this emphasis upon independent wealth and the realization that hierarchy needs no longer exist in a world where we can all interact and connect in an instant.  This virus will show us that we can operate differently and the oppression which has created by Governments will, eventually backfire when the people realize that we are all equal and should all have a say in life-changing decisions.

What about Pluto in Aquarius?

The American War of Independence may have begun in 1775, whilst Pluto was still in Capricorn, but it wasn’t won until 1783, by which time Pluto in revolutionary, independent Aquarius, added a more chaotic, freedom to the mix.

Pluto was last in Aquarius from 1778 to 1797, during this time the Industrial Revolution really gathered momentum.  Air sign Aquarius also rules technology, equality, and science, and it was during this window of time that the hydraulic press was invented, hot air balloons first flew, and Edward Jenner discovered how to create the first vaccine by observing that milkmaids exposed the cowpox, did not contract the human version; smallpox.

Of course, the most notable occurrence was the French Revolution, and many pockets of revolutions around the world at this point.  Also, the ruling planet of Aquarius, Uranus was discovered in 1790 whilst Pluto was in Aquarius and is said to represent all that is to do with chaos, change, science and the rebellion of the people.

Pluto will move into Aquarius in 2023 and remain there consistently from 2024 to 2043.  For all the oppression that we may experience up until this point, we can be sure that this will be a period of revolution and uprising.  The Uranus-Neptune generation born from the early 1990s will then begin to mature and stand up for their rights.  Further on those born from 1995 onwards who have Uranus in Aquarius, will make waves and ensure that the future of the planet is more important than commerce.  They will strive for equality and intelligence to be recognized above obedience once more.  Social and liberty will become the hottest topics and people will welcome implanted technology and happily embrace the ‘friendly bot’ into their homes.  We could see the UK/US becoming advanced communist states by the end of this period.  Advanced in that, true communism offers a ‘voice’ to the people and offers them equal rights.

The Pluto in Capricorn Generation

Finally, do you know a child who was whilst Pluto has been in Capricorn?  Are you wondering how it may affect their lives?  You may have gathered that those with Pluto in Capricorn will have a desire for power and a sense of traditionalism in their approach to life.  They may well favor the old ‘tried and tested’ ways, and argue that we are in a democratic society, whilst keeping a keen eye on their own career trajectory!  Of course, they may also be those who solidly defend others, and are enduring, hardworking, people who believe that you reap what you sew in life, making them reliable and dependable to all those they love.

Here are a few people who were born with Pluto in Capricorn, and had success linked to this placement in their chart:

Shalom, blessings and freedom of choice to you all~~~~

How We Live the Tarot, Every Card Many Times During Our Lives

Making the Most of a Psychic Reading