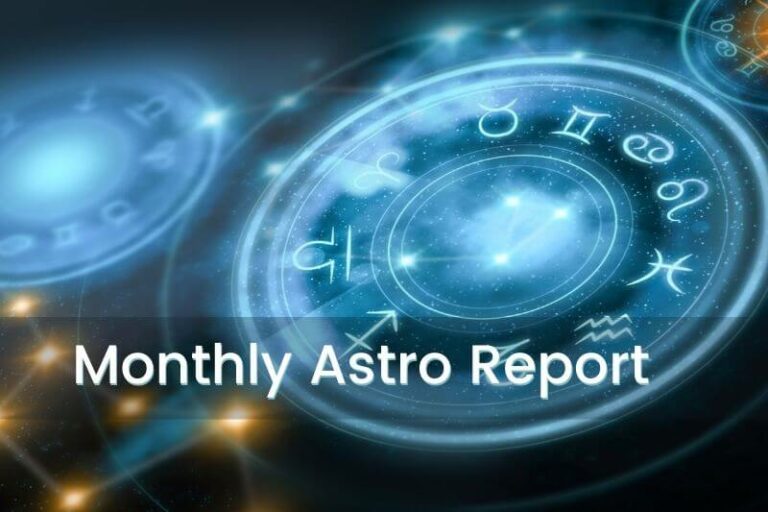 Astrology is a tool of time and space.  As the Solar System runs through its cycles, astrologers follow the patterns the same way a meteorologist follows the weather.  Each month different points in the sky form important relationships, which we call aspects, that indicate emerging, changing, and enduring patterns.

This monthly blog will look at the month ahead and discuss the most prominent and powerful aspects and how they impact life on earth.  These impacts will be connected to both personal and current events to show how the astrological weather report can help you “weather” your life and navigate each month successfully.

What is Ongoing?  Transits, Ingresses, and Retrogrades

Transits occur when two Points form a certain type of angular relationship with one another.  The most powerful among the transits are the conjunction, square, and opposition.  Points that conjunct merge together by sharing the same sign and degree.  Points that square align by the degree in signs that are 90 degrees (or four signs) apart. Take the sequence Libra, Scorpio, Sagittarius, Capricorn – Libra and Capricorn are four signs apart and square one another.  Points oppose one another when they are 180 degrees apart.

Conjunct Points merge energy.  Points squaring challenge one another.  And Points opposing one another try to harmonize and attain balance.

Ingress occurs when a Point changes signs, causing the Point to change its tone. If a Point is in Aries, the tone is active, aggressive, and ready for action.  But when the Point ingresses into Taurus, the tone becomes slow, steady, and settling.

The Sun will leave Libra and enter Scorpio on October 23rd. In Libra, the Sun shines light on legal matters, relationships (marriage or long-term commitment if you are in one), one-on-one partnerships (in all areas of life), fairness, and finding balance. The keynote is, “the power of individuality manifests through the attention given to relationships and interactions with other people in daily life”. On October 23rd the tone shifts to Scorpio, and concerns about your sexuality, intimate relationships, and power issues. The keynote becomes, “the power of individuality manifests through intense emotions working to transform your understanding of self and interactions with others.”

Venus will ingress from Scorpio to Sagittarius on October 7th. In Sagittarius, the keynote becomes “relationships need to expand and explore together to learn new things about each other”.

Mars will ingress from Libra to Scorpio on October 29th. In Scorpio, the keynote is “passion needs to express itself intensely; find healthy outlets for your desires”.

Mercury will be retrograde at the beginning of the month indicating a rethinking or reviewing of legal matters and our relationships with the people in our daily lives. Once again, Mercury will retrograde in a sign in such a way that the planet ends up staying in the sign for almost nine weeks, which it did when it was in Gemini earlier this year. We will likely see a re-thinking of issues around the pandemic and how it is handled socially and legally. It will go back direct on October 18th.

Pluto remains retrograde in Capricorn, which started on April 27th and will go back direct on October 6th. Achieving goals will slow down and take more effort. Patience and persistence regarding changes will be important skills during this entire retrograde. Once the point is direct again, delayed or slowed transformations will begin to accelerate again.

Saturn remains retrograde in Aquarius, which started on May 23rd, until October 10th. This will likely bring some stabilizing energy to the social chaos generated by the pandemic. While it does not signal an end to the pandemic, the new normal is likely to take more and more shape over the course of this retrograde. With the energy returning to direct motion, the new “rules” will start to become the “new normal”. Look for vaccine mandates to pick up steam and settle into the expectations for work in the public and private sectors.

Jupiter remains retrograde in Aquarius at the start of the month and until October 18th. While retrograde, it will be a good time to question your beliefs and review your understanding of your purpose. At a global level, people will face a crisis of faith or deepening of faith, depending on how their lives are going during this retrograde phase. Once direct again, doubts will shift into new beliefs and new choices.

Neptune remains retrograde in Pisces, which started on June 25th. The retrograde phase will cause all of us to look inward regarding our purpose, our spirituality, and our dreams. Confusion will increase, especially as the vaccinate/not vaccinate positions begin to flow into the reopening economies and up against COVID variants. It will be harder to “know what to believe”, which will be amplified by Jupiter also being retrograde during this time.

Chiron remains retrograde in Aries, which started on July 15th. In the first quarter of the year, all outer points were direct. In the third quarter of the year, they will all be retrograde. It is very likely that we will experience a 4th wave of the virus and many difficulties trying to get economies back online, leading to wounds caused by Aries behavior … maverick, selfish, and independent choices.

Uranus remains retrograde in Taurus, which started on August 19th, joining Jupiter, Chiron, Saturn, Neptune, and Pluto. All outer points are retrograde. Shocks to the system will not be obvious but will continue to unfold while Uranus is in Taurus until 2026. Attempts to make “leaps forward” will slow or be hindered, and there will be many attempts to “go back to the way things were”, with limited or mixed success.

This square carries over from last month. Saturn in Aquarius, which wants “structures to support the common good”, will conflict with Uranus in Taurus, which wants “breakthroughs in traditions”. Once again energy is striving to make progress and bring about change, but it is attempting to do so in signs that resist change or act with caution. On the plus side, anything that does get established under these energies will be able to persist for years, even decades, to come.

Mars in Libra, which wants to “assert effort to find balance and act justly,” seeks balance with Chiron in Aries, which wants to “heal wounds associated with selfishness.” People who understand how important it is to put the community and rule of law before individual selfishness will gain stronger voices and take more determined action with this transit happening.

Venus in Scorpio, which wants “relationships to transform and evolve,” will conflict with Jupiter in Aquarius, which wants to “see beliefs align with the greater good of the community and society.” Venus continues and concludes its “conflict tour” with a square to Jupiter. Finding agreement will continue to be problematic, but the societal needs will be exerting more force over the course of this month, and thanks in no small part to all the retrograde energy.

Venus in Sagittarius, which wants “relationships to expand and explore together,” will share support with Chiron in Aries, which wants to “heal issues of selfishness and lack of independence.” A period of self-reflection about relationships will offer healing energy and the opportunity to move forward in a supportive rather than combative way.

Mars in Libra, which wants to “assert effort to find balance and act justly,” seeks support with Jupiter in Aquarius which wants to “expand the rules that apply to everyone and make society better.” There is a good chance that beliefs that will help make society safer and more cohesive will begin to prevail during this period.

Mars in Libra, which wants to “assert effort to find balance and act justly” conflicts with Pluto in Capricorn, which wants to “upheave corrupt and antiquated systems.” Change towards improvements in social norms and legal action will impatiently want to undo systems – in government, business, and education that no longer serve society in healthy ways.

Venus in Sagittarius, which wants “relationships to expand and explore together,” will share a challenge with Neptune in Pisces, which wants “surrender to divine inspiration and wisdom”. The ongoing conflict of beliefs among family, friends, neighbors, and co-workers will struggle during this time, likely forcing one or the other to change their position or force both to go their own separate ways.

What Does the 6th House Represent in a Natal Chart?

What Does the 7th House Represent in a Natal Chart?