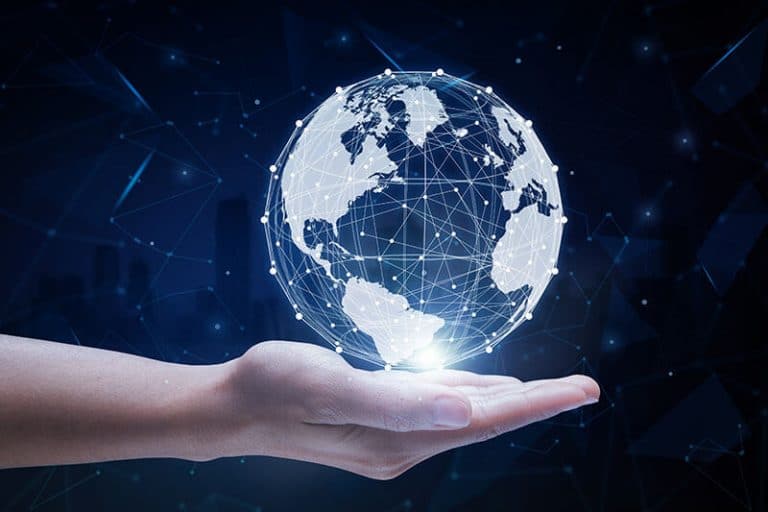 Our psychic energy is a blend of individual spiritual energy bound to a three-dimensional body interacting with other similar beings.  In some theories of energy, distance is not relevant, but in our incarnated experience here on earth, distance matters.  Proximity counts; touch is essential.

Global interconnection began to accelerate after the Industrial Revolution (1760 to 1840) in the mid-1800s, peaked in the early 1900, fragmented with World War I, resurged in the 1920s, broke down again with the Great Depression and World War II, then roared forward into the present form from 1950 until 2019.

Vast improvements in communication (the Internet), travel (a vast network of air and sea travel), and massive immigration/migration all helped globalization permeate the daily lives of average citizens throughout the world.  In many ways, the world is “smaller” than it has ever been, with psychic consequences both great and terrible.  This article will express some thoughts about the psychic impact of globalization in these current times.

I have written several times in many recent articles that we are truly living in unprecedented times.  Until recently, the use of the word “unprecedented” was an exaggerated claim largely because changes, even large ones, never really broke out of, or broke, the overall system.  Globalism proved remarkably resilient to revolutions, wars, and economic disruption.  Not even the 9/11 attacks could prevent American culture from “fighting back” with the ultimate weapon … shopping.

Air travel changed, but daily life, for most people was only disrupted if they traveled by air.  Even the economic impact of the 2008 financial crisis was blunted by globalism and conscious decisions to force liquidity into markets or bail out major businesses to prevent a possible catastrophic failure if left to truly capitalistic market forces.

As an astrologer, I look at events past, present, and future through the lens of astrology, which very often provides a roadmap to how energy will play out even if the specific events end up a surprise in the moments around the astrological phenomenon.  Astrologically speaking, 2020 has long been on the radar of the professional astrology community as a watershed time, absolutely with the potential to affect the global community in a way not seen since World War II, the Spanish Flu, the revolutionary wars of the 1700s, and the Black Death (1346 to 1353).

The Strength and Fragility of Globalization

Globalization brings resiliency so long as the impact on the system is not systemic in nature.  In other words, a networked and interconnected world can better absorb catastrophic events that impact but do not infiltrate the system.  There have been numerous significant, disruptive events since World War II, but none that derailed the forward march of globalism.  The system, in its interconnected strength, was able to absorb the disruptive events without breaking.

However, as with so many systems, its strength can also prove to be a weakness, especially if an event attacks the system at the core, from within.  Then the global network becomes the delivery tool for a significant disruption that can force the system to shut down, or even fail.  At the time this article is being written, there are over 7.5 billion people on the planet.  The virus has infected roughly 14 million, or .2 percent of the population.  Herd immunity, the natural way to avoid/resist infection and spread requires a minimum of 70% if the spread is relatively slow and up to 80 or 90% if the spread if aggressive.

We are several billion away from herd immunity, which makes a vaccine paramount, as does extreme measures to slow the spread in order for a vaccine to be developed and medical systems to help those who get infected without collapsing under the weight of too many patients.  We are not in the middle of a global crisis; we are at the start of one.

Globalization, like any system, produces mixed results and reveals hidden truths, some wonderful and others quite ugly.  Not only are there questions about the psychic impact of globalization at large, but also issues about the speed of globalization development.  The globalizing of the world has occurred at an exponential rate since 1950, becoming overwhelming with rapid and aggressive technological advances that many populations cannot really manage, psychologically, and psychically speaking.

Minds that are unable to fit into or cope with the rapidity of change easily feel discarded, angry, and frustrated.  Minds that enjoy and embrace change, newness, and diversity thrive within the psychic field of globalization.  What we are experiencing at this moment in history is another “de-globalization” brought on by a combination of tribalism and illness.  Travel has been curtailed, economic systems are contracting rapidly, and infection/death rates/tolls continue to rise.  However, the internet-connected world still exists as it did before the pandemic.

Will this time be “different”? The previous breakdowns in globalization were made more concrete and possible by much weaker communication and slower logistic systems.  Getting messages and products around the world took time, and breaks in the system were not as disruptive to the psyche because space and time literally functioned very differently than they do now.  In many ways, the psychic disruption, along with the practical disruption, is being felt worldwide in a way that was not possible before the emergence and integration of the Internet, which is the largest psychic network ever to exist.

The Five Stages of Grief

“Kübler-Ross originally developed stages to describe the process patients with a terminal illness go through as they come to terms with their own deaths; it was later applied to grieving friends and family as well, who seemed to undergo a similar process. The stages, popularly known by the acronym DABDA, include Denial, Anger, Bargaining, Depression, and Acceptance.  Psychically speaking, most of the world is still in denial, but fast approaching anger.

The below diagram is really a model for the entire psychic collection of humanity.

Psychically speaking, we have a shock event, that with global communication via the internet, cell phones, and older technology like television and even possibly is some remote areas, radio, the shock event is truly a global experience in the psyche of humanity.

While the globalization world is not yet dead, and likely not going to die, it is being rapidly and painfully reconfigured.  I can still work with clients on the other side of the planet (most recently in Australia, which is a 14-hour time difference for me) in real-time with a reliable connection that makes communication easy and unremarkable (though it really is astounding!).  How we manage to navigate through the stages of grief will determine whether or not we survive, both psychically as well as practically.

What I do believe will help you, me, and most anyone else are psychic and spiritual tools like the ones here on Ask Astrology.com and with practitioners who contribute to this site and provide spiritual guidance in private practice.  While the scale of this transformation is unprecedented, the type and cause of the transformation are not.  Illness through plague or virus, regional or global, forcing changes in human society, is part of our ongoing cycle.  How we get through, and we will, is the real test of our spiritual journey and why we signed up to incarnate during this time.