The Numerology of Chris Evans 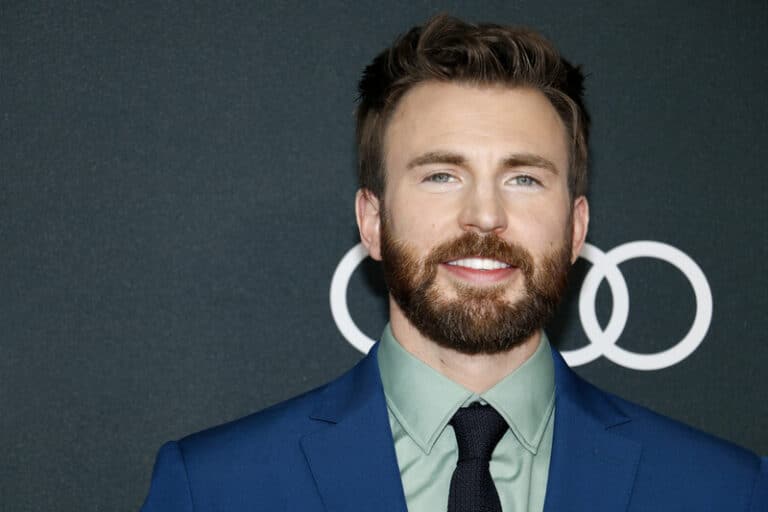 An individual that has life path number 11 is purpose driven and destiny bound. Therefore, they have passion and energy to be a beacon in life, leading by example and achieving at higher levels and more idealistically than a stand-alone 1. Their personality develops through their efforts to be profoundly unique and authentic.

As people, they embrace single-minded focus, devotion to their calling, and intense individualism. So, they become successful through leading the way as an excellent and stand out example. Since they act with Destiny’s blessing, they overcome challenges thrown in their way by will power and decisive action.

An individual that has life path number two is a natural born companion to others. Therefore, they have passion and energy to connect with and support others. Their personality develops through their interactions with others.

The number 11/2 is certainly a good number for an actor viewed as very relatable, who often plays the romantic love interest, as well as an action star. He even played an earlier role as a Marvel hero, in the first two Fantastic Four movies; he was the Human Torch.

However, he is famously known as Chris Evans, and that Destiny Number totals 46, which totals 10, which reduces to 1.

An individual that has a Destiny number one attracts maverick energy. Pioneers seek them out to get help breaking barriers and charting new directions. They can get along with people who have strong personalities and individualistic drives.

Determined people seek them out because they are not afraid of what is new or the need to change. People can come and go in their lives, which is okay since destiny wants them to help others along their unique life path and keep on moving on.

The number 8, for leadership and power, and the number 1, for pioneering and individuality are excellent numbers for Chris, who certainly feels like the perfect choice for the role of Captain America, who represents the “spirit of America”.

The “true” active number is the given birth name. Even if you legally change your first name, the core Active Number is the birth name given to you by your parents. A legally changed name is more powerful than a nickname. And any name used to identify a person in the world is a variation of an Active Number. In Christopher’s case his active number is 67, which totals 13, which reduces to 4, the number for the Builder.

An individual that has an Active Number 4 likes to build and establish. Therefore, they conserve and use energy frugally, like to work hard, and want to appear solid and secure to others. A child with a 4 first name will enjoy learning a skill, playing on a team, or form a close-knit group with peers. First name 4 people want to act responsibly and make sure everything runs as it should.

The number for Chris is 30, which reduces to 3. An individual that has an Active Number 3 is creative and dynamic. Therefore, they enjoy learning, problem-solving, expressing ideas, and working creatively. A child with a 3 first name prefers the chance to do creative activities and be active as much as possible throughout the day. When focused, they accomplish amazing feats, but if uninterested, no threat or reward moves them.

Essentially, you inherit numbers from your parents. Most often, the father’s surname is the one that dominates and is known out in the world. The mother’s surname often becomes the middle name for a woman after marriage, when she assumes the surname of her husband. In Chris’ case, his last name Evans totals 16, which reduces to 7, the Mystic.

An individual that has a Heredity Number 7 inherits spirituality from one or both parents. The person must determine how to understand number 7 energy through the influence of the parent. That influence may manifest as support or suppression. In other words, the child gets encouragement to find his or her own spiritual path or must believe and practice what the parent believes. Either way the child learns the lesson of belief from the parent or in spite of the parent with last name that is the number.

The Soul Urge Number is the total of the vowels in a name, specifically the full birth name. The Soul Urge is like an energy charge within the numerology of a person. The number of the Soul Urge “powers” the Destiny Number. In Christopher’s case, his number is 37, which totals 10, which reduces to 1.

The number for “Chris Evans” is 15, which reduces to 6. An individual that has a Soul Urge Number 6 draws energy from service. Therefore, they operate with a need to help others to generate energy. These individuals are often compassionate, nurturing, and concerned. Accepting that you need to be serving others to get what you want and to get things done will help you be more successful in your relationships and endeavors.

The Personality Number is the total of consonants in the name, specifically the full birth name. The Personality Number is how people encounter someone and interpret them. It is like the clothing you choose when you plan to go out in public, which causes people to react to you a certain way. For Christopher, his number is 79, which totals 16, which reduces to 7.

The number for “Chris Evans” is 31, which reduces to 4. An individual that has a Personality Number 4 presents as stable and reliable to others. Therefore, others see them as either dependable or stubborn. People who like hard workers will expect a Personality 4 to fulfill that role in life. Do not be surprised if people treat you as someone who “has it together”, even if you cannot balance your bank account.

In Christopher’s case his Soul Purpose Number is the total of his Life Path Number 2 plus his Destiny Number 8, which totals 10, which reduces to 1. With a 2 + 8 combination, he is here to “assert through power with others”.

In Chris’ case his Soul Purpose Number is the total of his Life Path Number 2 plus his Destiny Number 1, which totals 3. With a 2 + 1 combination, he is here to “create by helping others”.

As you can see there is a strong thread of energy involving the numbers 4 (three times) and 1 and 7 (two times), which can be summarized as someone reliable, who pioneers in a purposeful way.