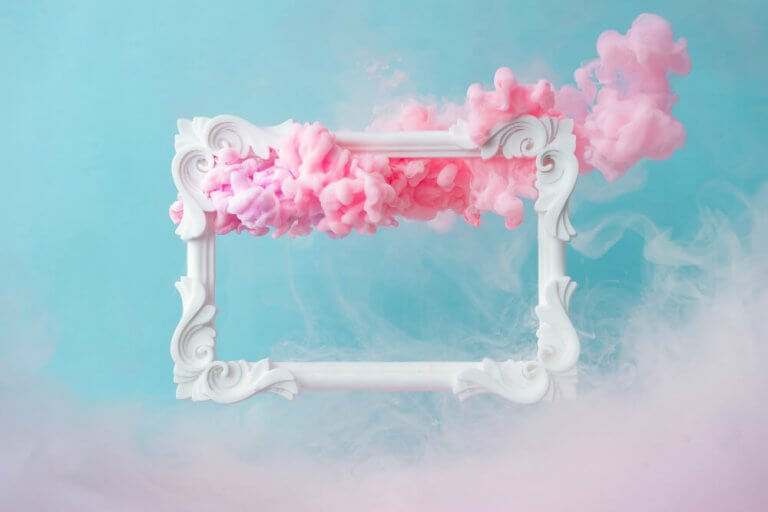 Tarot and oracle cards are powerful tools for exploring your inner development, getting an insight about people and situations in your life, and critical thinking.  Since the 1990s decks have been published in staggering abundance and there are hundreds in print and currently available through mainstream retail outlets. Thousands more can be found through online used items resellers, new age shops, and used bookstores. They have found their way, though rarely, into psychological practice and high art gallery presentations.  More often than not they will appear at some point in the story in a fantasy TV series or movie.

This article will look at the artwork of the Tarot cards by showing examples of the same card from various decks.  Over the years since I bought my first deck in 1989, I have amassed a sizeable collection of decks.  While I use quite a few decks in my professional practice (over 25 are on display in my office in boxes that clients choose from when they come in for a reading), a number of decks are not really what I would consider functional for reading work.  Still, I have them because the artwork is often amazing, intriguing, and personally pleasing.

Comparing Decks to Learn the Cards

When I bought my second deck of tarot cards, it was the Osho Zen Tarot.  My first deck of cards was the Mythic Tarot.  A few days after my purchase I decided to lay out both decks and align all the matching cards to see how the artists and creators interpreted the same archetype for each card.  Here are some samples of what I saw:

As you can see from the Fool card, the visual interpretations are not really that different.  But the Queen of Pentacles gets something of a rebranding in the Osho Zen deck.  Instead of Pentacles to represent the element of Earth, you have Rainbows (the rainbow color behind the triangle pointing down).  In this case, the concept of the Queen is replaced with a direction, the South.  And the card is given a keyword, Flowering. Other differences were starker among other cards:

As you can see with the 5th card of the Major Arcana, the visuals for The Hierophant are “worlds” apart – Greek Mythology to Zen Buddhism. And you can see the difference between the 5 of Swords and the 5 of Air.

Here’s a look at the Lovers from 4 other decks:

The cards presented, in order, are from the Crow’s Magic Tarot, the Haindl Tarot, the Happy Tarot, and the Law of Attraction Tarot.

One deck I found explicitly acknowledges that not all lovers are heterosexual. The Cosmic Tribe Tarot actually includes three lovers cards, as shown below: 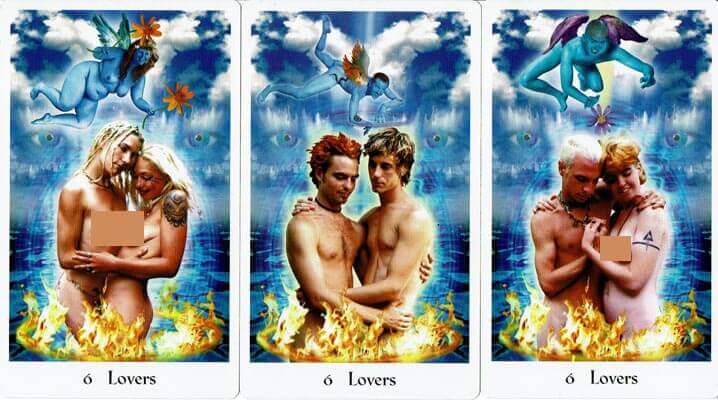 A card from the minor arcana and four more decks:

From left to right: the Wildwood Tarot, the Whimsical Tarot, the Steampunk Tarot, and the Phantasmagoric Tarot.

As you can see from the many different cards and decks, the essential meaning of the cards is grounded in the original archetype imagined for the card.  Each new deck that comes out has its art anchored in the agreed upon meaning of the card.  Consider the last four images above.  The Wildwood deck, thematically speaking, is a Celtic/Druidic deck, while the Whimsical Tarot is based on nursery rhymes and fairy tales.  The Steampunk Tarot borrows from the modern idea of 18th Century science fiction worlds and the Phantasmagoric Tarot has a post-modern apocalyptic humorous approach.  But all-in-all, the card of the 2 of Cups is about making a connection, flirting, binding, and romance regardless of the particular art of the card.

With so many different visual expressions of the Tarot cards, you can take your time seeking out the deck or decks you might want to purchase for use and/or to collect.  The more the art appeals to you or represents the ideas in a way that you can deeply and quickly understand them, then the easier it will be to enjoy and use your deck.

New Moon
The moon is currently in Cancer