One of the main issues in Western society is all the stress caused by the misery that is consciously or unconsciously felt by so many people.

Most people who live in the great modern civilizations suffer from it, especially in Europe, Australia, New Zealand, and the US. This rampant misery phenomenon, also called moral distress, also affects Westernized countries in Africa, Asia, and South America.

Instead of turning to chemical drugs to overcome any kind of ongoing misery, why not turn to spiritual healing disciplines? As such, Reiki does wonders against misery and moral distress, regardless of their intensity!

Unfortunately, the misery phenomenon is spreading like gunpowder to western and westernized countries. This affects any country who adopted a western kind of economy or living standards.

This is particularly the case after a war, like in Japan, or more specifically for several Asian countries like India, China, or Korea who have become partly westernized when they joined the great circus of the global economy.

The root causes of misery

It can most notably manifest among people who cannot manage to follow the high-octane pace of life imposed upon them (by other people… or by themselves!). They do it in order to step up to the criteria of success usually set up in western or westernized societies, like wealth, beauty, being fit, and collecting material goods…

People who cannot conform to these material values are losing their sense of self-worth, feel inferior and guilty, and eventually end up angry at themselves or at other people…!

Well, unfortunately, the values that are spreading daily – most notably through media or advertising, the art of selling you what you do not need! – keep you stuck deeper and deeper in a system of materialistic urges that are supposed to make you happy!

Truth be told, these materialistic principles usually make you unhappy because you cannot hope to accumulate all the goods you are supposed to have in order to finally be happy! Everything leads you to believe that anything old is not good or outdated and that you can only be happy with the newest stuff!

If you believe in the ton of advertisements raining down on your brain through any broadcast, then any phone, car, television set, or piece of clothing that is more than one year old is a bad thing!

Copywriters and creative people working in advertising are constantly trying to persuade you that in order to reach absolute bliss or supreme happiness, you absolutely have to own the very latest car, the phone that was just released, or this all-new flat-screen TV…!

Sure, but once people have bought them and gave in to temptation, they are no happier than they used to be, they might even be more miserable! Indeed, when they have just bought the latest smartphone or the ultimate all-inclusive car, a brand-new version of that phone or car with even more options suddenly goes on sale! And these people fall into the same consumer trap, like a vicious cycle!

This never-ending race to happiness keeps increasing feelings of misery, and more and more people end up convinced that happiness only lies in material belongings!

An increasingly large number of western or westernized citizens try to compensate for their misery or moral distress and their side-effects with a barrage of antidepressants, sleeping pills, and tranquilizers of all kinds!

Most of these unfortunate victims of the race to material goods never truly manage to get rid of their psychological issues because they do not understand that these chemical drugs only deal with the consequences of their misery without trying to cure the root cause behind it Indeed, in most cases, chemical drugs do not heal, they simply mask the symptoms without dealing with the root of the misery!

Additionally, these drugs (sleeping pills, antidepressants, sedatives…) sometimes have severe side effects, like throwing up, stomach pains, headaches, vertigo… And this does not even take into account the long-term addictions that might be triggered by most of these chemical remedies for mind-related troubles.

Well, there are natural remedies without side effects or dependence that can be extremely helpful to get rid of your existential misery and any related negative manifestation. As such, the entire spectrum of psychotherapies and spiritual healing methods is at your disposal to deal with the poisons of the mind represented by materialistic values… and this is one of the roles of Reiki.

Which kind of misery are you suffering from?

There are so many shapes and forms to the misery that you should always pay attention to the circumstances that triggered it or made it worse, for this is how you can eventually prevent or deal with it as soon as possible!

Indeed, misery can appear in any social environment, at any age, and for any profession. Physical and/or psychological triggers are extremely varied and can either trigger long-lasting misery, which can be undetectable or only vaguely understood, or sudden misery appearing due to a particularly traumatic event.

In any case, this misery – regardless of its kind – creates psychic suffering which can be extremely hard to relieve, especially when using chemical remedies that never really treat the psychological cause but only deal with the physical consequences.

Indeed, how could any chemical drug cure a psychological and subjective feeling caused by prejudice built during that person’s education as a child, or by cultural values of the society they live in!

In truth, that person is miserable because their suffering comes from their being unable to match the artificial expectations imposed by their social environment. With that in mind, how could any chemical molecule overcome an artificial and subjective belief?!

However, spiritual healing practices that deal with psychic suffering and can meet spiritual aspirations such as Reiki can be extremely helpful.

In truth, someone suffering from misery or something similar is not able – due to the negative nature of their misery – to look within themselves for the resources they need to get rid of their problems.

Furthermore, when suffering from misery or one of its symptoms (depression, pessimism, fear, anxiety…) you have been taught to look for a cure that does not come from within (a physician or a psychologist).

Additionally, when someone is in such a moral distress situation, more often than not they do not have enough clarity, strength, or methodology to get rid of their misery and look within for some solutions to their inner or outer problems!

When you are physically sick or don’t feel good, the first reflex you have usually, consists of going to a see medical doctor. Likewise, when you have a psychological problem, you first need to admit it, but even then, you usually consult a psychologist or psychoanalyst who will often prescribe a cure based on chemical drugs and medicine!

Reiki practice, based on meditative touch with a mix of relaxation and meditation, is perfectly suited to this inner quest meant to annihilate any misery caused by the materialistic western way of life.

Reiki does not blame a person for their own misery or inability to adapt to the criteria set by the society they live in. Reiki does not judge whether certain social criteria or principles are good or bad.

As a spiritual healing practice, Reiki shows you a path so that you might look within for the genuine psychological causes to your misery, without any recourse to a medication of any kind. This is done through some energy work leading to a steadily increasing awareness of the inner causes of your misery through meditative touch.

Over the course of several sessions – or even after a single one – a person will look within to try and find the special abilities that might help them cope with their misery or even get rid of it.

This is when the person will become aware of the genuine psychological causes behind their misery, get rid of the artificial materialistic values that cause it, or get them back in check.

Indeed, the point is not to turn your back on the material benefits of western societies but to put them in context so that they do not become supreme values at the core of your existence, but simply ways and means to improve your living conditions. That person will then find back their sense of what is essential, building a brand new set of psychological values like honesty, justice, honor, the value of a given word, or altruistic behavior…

They will then recognize how important and valuable they are, just like any other psychological elements suited for their situation and that will let them move toward a healthier and happier life on every level. They will discover that their values need to provide them with genuine inner wealth instead of merely material wealth!

Return to a state of positive mental health

Given its principles and practices, Reiki provides a comprehensive solution to overcome this reactionary psychological distress that the WHO sees as a widespread global scourge. Reiki thus let you move from a negative state of mind to a positive state of mental health in a gentle, soft, and long-lasting way!

Indeed, anyone suffering from this misery does not always want to express themselves like they would have to if they used many of the other kinds of therapies like psychology or psychoanalysis.

This is a good thing because Reiki practice does not necessarily need speech, especially at first when the person can simply lie down without doing anything while the practitioner performs meditative touch. They will touch the person on specific body locations while meditation. As such, even if the person is not speaking or verbalizing their misery, Reiki practice lets them eliminate inner tensions from the consultant. Later, the person will usually spontaneously start speaking, progressively and in a completely natural way.

Once the dialogue has begun, the practitioner can guide the consultant through the expression of the manifestations of their misery, but most of all can help them find within themselves the resources they need to annihilate their misery once and for all. 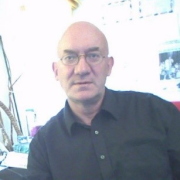 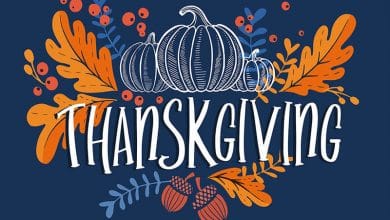 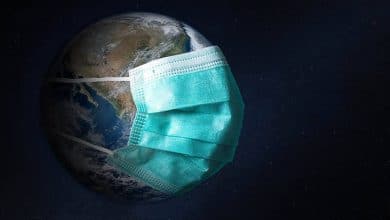