What is Reiki and How Does it Work?

Home » Blog » Personal Growth » What is Reiki and How Does it Work? 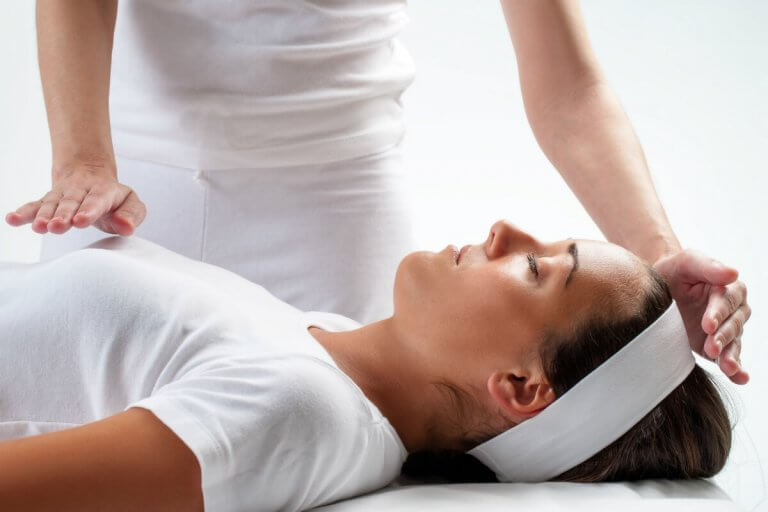 Reiki is an ancient Japanese spiritual healing art. The translation of the word “reiki” means “energy (or strength) of mind.” Reiki is practiced through the laying of hands all over the body, or specifically on body parts that need some healing or energy revitalization. This unconventional healing practice has a mystical dimension, and it was created by Mikao Usui in Japan around the end of the 19th century after a mystical revelation.

The man who founded Reiki supposedly witnessed the awakening of his gifts after a near-death experience (NDE). During a near-death experience, you are considered clinically dead, but you come back to life after a few minutes. Most of the time you wake up with a completely different state of mind, and most of the time you would change your life or live a more spiritual existence as a result of this newfound awareness.

This spiritual healing technique spread quickly beyond Japan, but the western world mainly discovered Reiki during the 70s, especially in the US following the rise of the New Age movement.

What is Reiki? A spiritual healing practice

Reiki is a set of techniques for the laying of hands that channel the energy of the body and uses it to relieve pain or heal a certain number of physical and mental afflictions, but it can also help people find their inner peace and live in greater harmony and well-being with the outside world!

Even though Reiki is met with heavy skepticism from the scientific community, this spiritual healing practice has brought relief to thousands of people since its inception, year after year!

Anyone can get trained in Reiki and use it on a daily basis to stay in shape, prevent or overcome a great number of afflictions and problems of all kinds, have great vitality, and work on their spiritual growth!

Likewise, someone initiated in Reiki can choose to bring physical and psychological reliefs to their peers.

Reiki is an energy-based discipline, which means that it facilitates healing through the use of invisible energies in the human body. There are mainly channeled through the hands, and transferred to the patient as a whole or focused on specific areas affected by any kind of infection or ailment!

What is the goal of Reiki?

Reiki is fundamentally based on the existence of some invisible universal energy inspired by Taoist philosophy.

This energy is called Chi or Ki, this is where the final “Ki” in Reiki comes from. It runs through the universe, nature, and the human body.

Chi is the name given to the famous breath of life that is recognized in many spiritual traditions, like Hinduism where it is called prana.

A Reiki practitioner is responsible for setting up or restoring the flow of Chi within the human body in order to stay in good shape and restore or maintain great vitality and constant energy.

The five principles of Reiki

The five principle (or kyogi) of Reiki have been defined by the founder of Reiki:

Some might say that Reiki is a relaxation and meditation practice that is used through the touch, mainly through the laying of hands.

Reiki lets you not only heal the body and restore balance to the mind, but also to develop your hidden talents, untapped potential, or even to awaken extra sensory perceptions.

The Reiki initiation: the core of Reiki

You can get initiated to Reiki and practice this spiritual healing technique. Reiki does not require any special gift or extrasensory perception but is acquired through appropriate training.

This initiation, also called harmonization, is undertaken under the guidance of a Reiki master and is performed progressively through several steps leading the aspirant through the mastery of Chi channeling.

During this initiation, the disciple will undergo inner harmonization and rebalancing of their energies.

The disciple will then be able to channel universal Chi energy and use it to help others relieve their physical or emotional pains or problems.

Initiation must happen through a master teacher because it is the only way for the Reiki initiate apprentice to unlock their own energy and activate it so that they might use it for spiritual healing.

This ceremonial makes it possible to activate the Reiki candidate’s healing power through a spiritual connection with the founder of Reiki.

During this ceremonial, the Master shares Reiki’s vibratory frequency to the candidate’s subtle body, so that they might, in turn, use the Reiki life force and channel it into other candidates for initiation, or for spiritual healing.

This ceremonial lets the aspiring candidate connect to the universe or vibratory world where this spiritual healing force comes from.

Once this initiation is over, the candidate’s healing abilities through the practice of Reiki will be fully awakened. Their Reiki channeling is now operational.

They are then connected to the universal healing and personal development energy that needed to be awakened. Without it, they would not have been able to use it.

Then, the former candidate is now considered a fully-fledged Reiki practitioner and can connect to the mighty Reiki healing force at will, and use it for its astonishing healing abilities.

This Reiki initiate can in turn channel this universal energy and share it with other people in order to help them on their spiritual path or relieve them from their physical or psychic pain.

How does Reiki work through vibrations?

The unlocking and activation process for the inner energies of a Reiki practitioner can bring relief to any pain located within the physical body. This is particularly helpful to cure any illness.

Liberating energies treats the patient as a whole, body, and mind, and ensures the harmony of their entire being.

Even if Reiki has an influence over the body, it is first and foremost a spiritual practice and not any kind of traditional medicine.

This kind of spiritual healing is more closely related to physical and mental harmony, from a traditionally Eastern point of view.

According to that tradition, the body and mind are interdependent so the harmonization of inner energies will have an effect on both.

Within this particular frame of reference, Reiki practitioners are meant to bring personal growth and get rid of negative mental effects such as depression, anxiety, fear, fright…

As such, Reiki can be considered as a gentle, alternative healing path that will complement traditional medicine.

According to the psychosomatic method, psychic states can influence the way the body behaves. In other words: when you harmonize the mind, you can help to make physical illnesses disappear.

A Reiki session already lets you enter a state of deep physical relaxation and higher states of consciousness.

To sum up: Reiki can be used as a complement to traditional healing to deal with any illness or affliction, with no counterindications.

The positive psychological effects of Reiki

From a more spiritual point of view, Reiki lets you release internal energies through your body and mind, leading to the release of any psychological tension and the strengthening of your core personality.

Releasing these inner energies also has a global influence on your confidence, the strength of will, and swift decision-making skills.

Reiki lets you find inner peace and triggers several psychological benefits, such as fatigue relief, the annihilation of negative emotions, and the disappearance of any kind of nervousness or irritability…

Reiki also lets you get over the emotional shock and heal the wounds endured in life such as mourning, breakups, divorce, loss of loved ones, and states of moral distress.

Finally, if you call on a Reiki master, you should ensure that they have received a degree from a serious association or training center so that you do not end up with a master-student self-taught and self-proclaimed practitioner!

There is also an ethical aspect to consider because while a Reiki master can help you relieve pain or help any kind of recovery from an illness, they should never be considered apt to diagnose any illness as any other physician would after a regular medical checkup.

Outside of these extremely rare cases, Reiki truly is a genuine spiritual practice that can restore psychic and physical harmony completely naturally, that can be accessed by anyone with enough motivation to become a therapist.

How to Achieve Goals with the Law of Attraction

Cleromancy – All You Need to Know