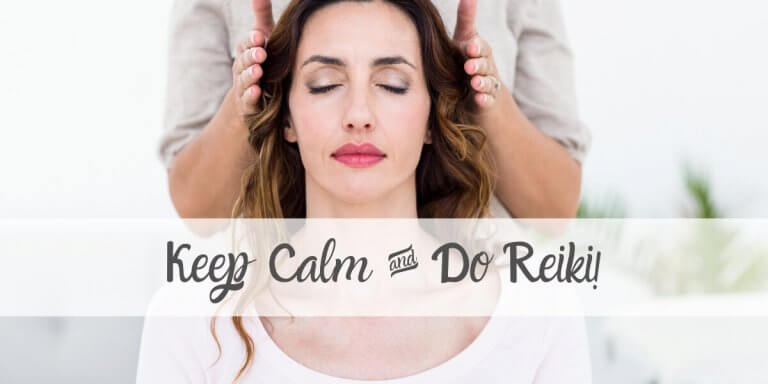 If you want to learn more about Reiki, this wonderful spiritual healing practice, or maybe even get initiated and use it to relieve physical and mental pain, you should dispel some of the most common misconceptions about Reiki. Indeed, Reiki has spread like wildfire all over the world since its inception by its founder, Mikao Usui (1865-1926); several spiritual healing paths claim to descend from this tradition without really being derived from it. Once you have dispelled the misconceptions below, you will have a clearer understanding of authentic Reiki. Likewise, you will have a chance to recognize true Reiki and genuine training programs for this wonderful spiritual healing path!

First, there are two available versions if you are looking for a definition for Reiki. You will find one of them in the first article: “What is Reiki and How Does it Work?” According to that definition, the word Reiki means “Universal energy”

The word “universal energy” was coined by a Vietnamese man named Dang in 1942, when the founder of Reiki died in 1926, 26 years before this definition started to spread. This definition was also adopted by several spiritual practices who freely started using the word Reiki to define themselves!

According to another definition from a more traditional branch, Reiki means “Force of will” or “Mind energy”.

In truth, no matter what definition you end up using, it won’t prevent you from receiving the blessings from the meditative touch that is specific to Reiki.

Beware of alternate paths that look like Reiki but are not!

In short, here is a more specific definition for Reiki: this is a practice that mixes both relaxation and meditation and that lets you find inner and outer well-being through spiritual touch.

Indeed, there are several kinds of therapy that claim to be descended from Reiki or pretend to be Reiki.

However, if they do not fit this definition you will know that these spiritual healing paths might look like Reiki but are really not!

The reason why it can be hard to determine exactly what Reiki is comes from his founder, Mikao Usui, because he passed away not long after he had the revelation that led him to create Reiki.

As such, he did not have enough time to draw up a specific set of rules to frame proper Reiki practice.

Consequently, given the success of this spiritual healing path, several masters, practitioners, teachers… or so-called experts in personal development forced their way through that breach.

Many paths then sprouted out of nowhere, claiming to descend from the original Reiki without any actual connection, and sometimes even practicing and teaching values or techniques that could not be further from genuine Reiki practice.

This random proliferation phenomenon made it necessary to define specific criteria to sort genuine paths from fake ones so people would no waste their time on inferior paths, which is why it is so useful to get rid of the following misconceptions.

The difference between genuine Reiki… and others!

When Mikao Usui passed away, one of the disciples of the founder – Doctor Chujiro Hayashi – took over without any kind of authorization, on his own, and founded a rogue branch.

Chujiro Hayashi deeply altered Usui’s Reiki. He removed anything related to mediation and altered the way you are meant to use your hands. He turned Reiki into practice only aiming to heal the sick.

He, in turn, chose Hawayo Takata as his heir and tasked her to spread Reiki through the Western world, and most notably in the USA. That Japanese woman was prone to several controversies, as she claimed she could raise the dead, speak to spirits, make gold from other jewels, and heal broken limbs from disabled people.

Hawayo Takata also spread the belief that you had to undergo some kind of initiation and connect to some higher energies in order to practice Reiki. Practitioners of the original Reiki would strongly disagree.

How can you know whether you are seeing genuine Reiki or not?

Many different paths claiming to be genuine Reiki have developed over the years.

Accordingly, you had better beware and be prudent before you get interested in or initiated to a discipline just because it claims to be Reiki!

And so, when you read or hear about a path that claims to be Reiki, ask for some written proof of authenticity, like letters from the founder that can attest this path or that is actually Reiki.

Likewise, a Reiki representative or master/teacher being Japanese should in no way considered proof that their Reiki path, school, or training program is an authentic descendant of genuine Reiki!

Even though these traits are commonly attributed to French people, merely being French is not enough to be an excellent cook or a romantic lover.

And so, even if official representatives from a path are Japanese and claim to descent from Reiki, do not hesitate to ask them for some written proof that can attest the authenticity of their alleged Reiki path, school, or spiritual healing method!

Respecting others is obviously important, but this does not mean you should take things at face value or let yourself be duped by the first so-called spiritual master that crosses your path. You can ask for said proof in a respectful and polite way!

Other criteria that can let you know whether a specific practice is Reiki or not!

A practice is NOT Reiki if it claims one of the following statements.

Write them down and use this set of statements as a questionnaire for any so-called Reiki path in order to know whether it is Reiki or not!

If the person introducing that path to you makes one of the following claims, then it is not Reiki

1- That person needs to connect to the energy of the universe, of nature, of animals, of plans, of a higher being, of an ascended lost master, or Buddha or any former spiritual being who founded a religion, tradition, or spiritual path…. In order to channel that energy and practice Reiki,

2- If any path claims to be a kind of Reiki, ask for written proof of that legacy, or at least from the disciple Hayashi.

3- Clothes do not make the man. In other words, being Japanese is not enough to make a path authentic.

4- Likewise, claiming to be a part of Usui’s lineage is problematic since he died brutally not long after discovering Reiki and did not have enough time to found a lineage, so there are not many authentic paths. When confronting any claim to be faithful to Usui’s teachings, you should compare the principles of that so-called Reiki path and those written by Usui.

5- Practicing Reiki only to physically heal is not the true goal of Reiki and could even be dangerous or considered as the illegal practice of medicine.

6- Being trained in Japan or receiving training from a Japanese person is not enough to validate the authenticity of a training course or turn it into genuine Reiki!

Reiki is a spiritual healing practice, not a medical practice!

This definition is probably the best one, and the best way to learn what Reiki truly is and isn’t!

Reiki is a spiritual healing practice, a technique mixing relaxation and meditation in order to balance your Ki, the Japanese word for the famous energy recognized in many spiritual paths.

The Chinese call that energy Chi, the breath of life in many traditions, also called prana in Hinduism.

Reiki is definitely not a technique that lets you determine the symptoms of an illness or cure it.

It is a process where you harmonize your own inner energy, not a healing practice, at least according to the words of its founder, Mikao Usui.