Home » Blog » Psychic Readings » Why Do Many Predictions Made by the Best Psychics Not Always Come True? 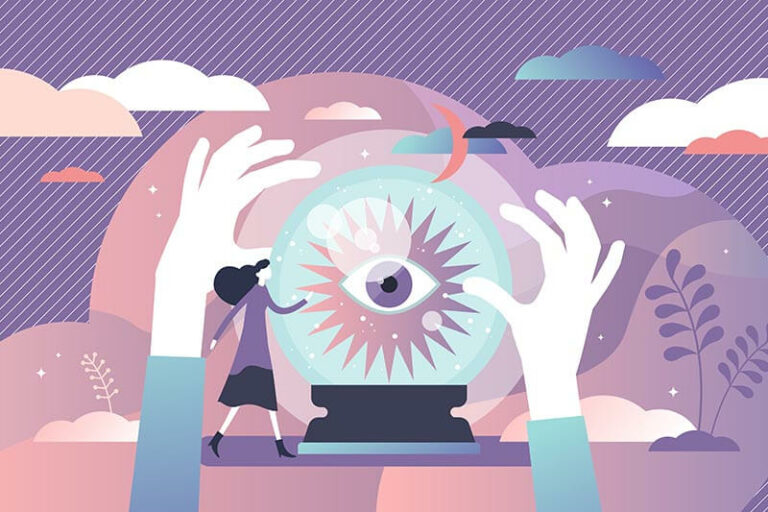 Many well-renowned and excellent psychics have predicted many things that have come true. And yet, some of those exact psychics also predicted things that did not happen. When you hear of a prediction that a well-renowned psychic making did not come true, unfortunately, others point fingers at them and call them scam artists, fakes, or lousy psychics.

Unfortunately, many tarot readers, mediums, and others in the industry are not legitimate. They will tell their clients or the public what they want to hear instead of what they genuinely sense. Those readers, unfortunately, give the legitimate ones in the industry a bad name because of their dishonesty. However, you must remember several reasons why psychic predictions made by the best or better-than-average psychics don’t always come true. Let’s go over several of those reasons now.

Excellence is what you want to see in any professional that you hire, and not perfection. That is because perfection is not realistic. There is no such thing as a psychic or tarot reader that has a one-hundred percent rate. And if there was any reader who said they did, then they are not honest. Think about even a well-renowned doctor. You want to have a doctor that is very capable and knows their stuff quite well. However, even the best doctor will make some mistakes because there is no such thing as perfection. Regardless of their profession, anyone who is humble enough to tell you that they always do their best but are not perfect is trustworthy. Those who tell you that they are better than other professionals in their fields and never make mistakes are the ones to keep away from with a ten-foot pole.

Understand That Free Will Can Alter How Destiny Plays Out

The last thing you want to do is ever go to a psychic or tarot reader that tells you what will happen in your life is set in stone. That is because nothing is set in stone as there is no such thing. If they say that, then that is dishonesty on their part right there. However, at the same time, I do believe that some things are destined to happen, and those things are inevitable. Does that sound contradictory? I’ll explain this better. Nothing is set in stone because you are free to take whatever path you choose in life. However, once you take a particular path, then certain things will happen that are inevitable. That is destiny.

Sometimes there are a few things in your life that will inevitably happen regardless of the path you take. For example, if you look at your natal chart, you will see specific karmic points in your chart. However, at the same time, that does not stop you from making choices that will lead you to other things that are destined to happen in your life. I will explain this better.

If you were born to a low-income family, that was meant to happen in your life. That was probably for you to experience living a life of having a family that had to scrape by. However, nothing is set in stone for you to live the rest of your life struggling financially. You may have planets such as an affiliated Saturn in your Second House that indicate living paycheck to paycheck.

However, what if a beneficial Venus or Jupiter transit makes an easy aspect to Saturn or another area of your chart during a pivotal time in life that can lead you to improve your financial situation? Whether you take those opportunities is not entirely dependent on free will. If you have it ingrained that being wealthy is not in your cards because of watching your parents struggle, you will reject those opportunities and face financial struggles in life. That will be your destiny because that is the path you are taking. However, if you realized that you could break free from the financial hardships and find the right money-making opportunity, your destiny would be much different – and wealthier.

Before I talk about this example, when I do tarot readings for clients, in particular, I always ask them to be specific with their questions. Otherwise, I would not get a clear message from the cards. However, if they ask me to look into something given a specific path they are taking and get a reading that is not favorable, they ask if that is destined to happen. I always tell them that it is destined to happen if they take that path that the cards indicated was not the best one to take. However, I also tell them that there is such a thing as free will, and they can change their destiny by taking another path. Therefore, if they ask me to look into a different direction they plan to take, and the cards reveal a much better message – then that is the one to take to have a better destiny.

That means, for instance, if they ask me to look into how a job would turn out that they applied for and the message I got from the cards did not show the best outcome – then it would be best to look for another job that would provide them a much better result. So that is an example of a common issue I examine for clients.

Now, let’s go over that example. I did a tarot reading back in December, looking into when the pandemic would end in certain countries. The way the cards appeared resulted in August of 2021, which we now know is wrong. Was it wrong because I did not know my stuff? No. And I also will reiterate that I do not have a one-hundred percent accuracy rate. No reader does. However, at the same time, it could have happened. I will tell you why. The reading was conducted right after Pfizer and Moderna were ready and approved. Therefore, since I had that on my mind during the reading, the cards were picking that up.

By August of 2021, and even earlier, the USA, Canada, the UK, and many places in Europe had enough vaccines to cover the eligible population. Therefore, based on that, the pandemic could have ended regardless of its variants in those countries. However, as we know, it did not end because vaccine uptake was insufficient, and even though the vaccines were there, they may have been less accessible to many people. That is free will interfering with that prediction. Therefore, since that happened, that changed the destiny. Therefore, the pandemic, unfortunately, is continuing, and in many parts of the world, it is raging. The one thing about free will is that no one can ever predict it. Therefore, if a well-renounced and highly accurate psychic ever predicted something that did not happen, they could have been wrong. However, free will may have likely played a significant role.

The takeaway is that no psychic has a perfect accuracy rate. It does not happen. Secondly, free will cannot be predicted at all. That is why nothing is set in stone, nor can it be. If you decide to take a particular path, then things will inevitably happen. Therefore, that is destiny. However, you can always change the course because of free will, which will change your future. That is something to remember that the choices you make will lead you to an inevitable destiny.

Suppose you are unsure of what choice to make regarding a job, a significant purpose, or the direction you want to go with a relationship. In that case, that is when it is a good idea to consult with a reputable reader or a trusted therapist to help you make the best decision. You want to maximize your chances of having the best outcome.