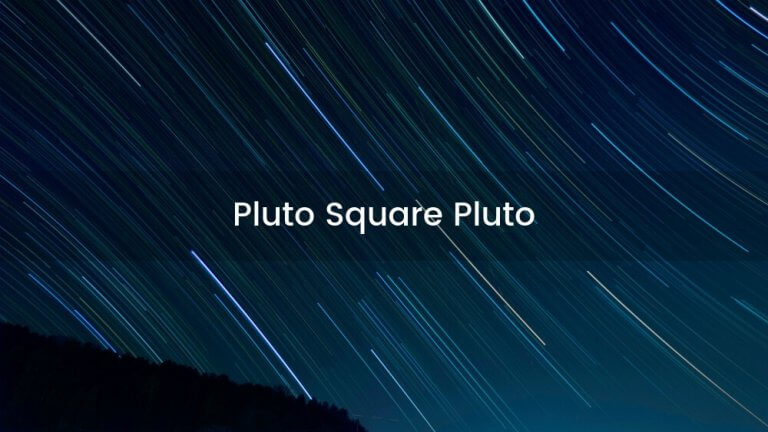 Pluto square Pluto (36 to 39) is a time of upheaval, no way around it.  With some time between Saturn’s return and this transit (7 to 8 years), you should have been working hard to define yourself on your own terms and not those of others.  The more of this work you did the less “upheaving” Pluto square Pluto will be.  If you have not done the work, then this transit will feel like a major earthquake in your life.

Regardless of Pluto’s demotion, it is still a major player in astrological work.  In fact, its demotion is rather fitting for the point that has to do with the underworld, death/rebirth, elimination, and transformation. Since Pluto moves through a sign between 17 and 31 years, it is a “generational” point, assigning each generation with regenerative work based on its sign location. Everyone born since 2008 and into 2024 will be part of the Pluto in Capricorn generation, and their regeneration work will apply to the large structures of society and civilization.

When Pluto transits a point, house, or sign, it brings tremendous transformative energy to the interaction, often in an “earthquake-like” way. Hence, the term “upheaval” to describe its impact. It “upheaves” from below (the underworld) and often shakes a point, house, or sign to its “core”. Because it is also associated with elimination (in the human body, the rectum, bowels, bladder, and urethra) its destructive work reveals the soundness or instability of structures. Think of the buildings left standing or destroyed after an earthquake.

A Pluto transit is usually the most disruptive and brings the most enduring change. Clients who see me during a Pluto transit are experiencing a profound and often fundamental upheaval in order to integrate, reintegrate, or eliminate some circumstance in their lives or rework and transform some aspect of their psyche or soul. The nature of the work will depend on the other point involved and the aspect of the transit. The major aspects include the conjunction (Pluto “on top of” another point), the square (Pluto 90 degrees from another point), and the opposition (Pluto 180 degrees from another point).

When Pluto conjuncts, it merges with the point in the same sign and house and, in essence, rewrites the DNA of the person, point, and situation of their life. If Pluto squares a point then it brings disruptive energy from another sign and house to force profound change on the person. And if Pluto opposes, then the transformative work is meant to take something in balance, force it out of balance, thus creating “room” for a new balance to develop.  You will notice my use of the word “force”; Pluto “forces” itself on other points, in different ways depending on the aspect, but always in a “forceful” way.

As you can guess, when Pluto makes a hard aspect with itself, it “doubles down” on the force-“fullness” of its impact. Only aspects with the Sun and Moon would compare. If you were born between 1960 and 2010, you will experience the Pluto square Pluto rather early on, comparatively speaking, with its overall general orbit. At 240 plus years to make a complete orbit, the first square should occur around 60, but Pluto has an irregular orbit and was in the signs between 1960 and 2010 on the shorter side of its journey around the Sun. Thus, this group of people, myself included, will get Pluto squaring itself in our late 30s, most often between 36 and 39.

You can begin by understanding your Pluto square generally by knowing which Pluto generation you are part of and which sign Pluto has to be in and when it will square your generation’s Pluto. My Pluto at birth was in Virgo, so it squared for me and my cohort when it passed through Sagittarius between 1995 and 2008. Generationally speaking, we all felt upheaval through beliefs and knowledge with regard to the practical way the world worked and how service in the world began to change. This time period was really the infusion of the Internet in everyday life, the ubiquitous use of cell phones, and the shift from a “manufacturing” society to a “service and information” society.

It was during this time that we, as a group, adapted and reintegrated or we were “eliminated”. Manufacturing jobs declined, but manufacturing output and efficiency increased.  Also, we saw in this period the wider impact of globalism at more and more local levels. For the Leo generation preceding my generation, their square and upheaval time took place between 1984 and 1995, when Pluto was in its own sign of rulership, Scorpio. These were the children born after World War II, who grew up in a world that was recovering and starting the global transformation through relatively peaceful and opportunistic times (the 1950s). This group had to become more comfortable with deeper and more profound changes in power (Scorpio) or be eliminated.

At the more personal level, understanding your Pluto square means knowing what degree and in which house Pluto occupied on the day you were born. In my case, Pluto was at 20 degrees and 44 minutes of Virgo, in my 11th House of Community, and it was retrograde. Therefore, I experienced my Pluto square Pluto between January 2004 and November 2004 while it was moving through Sagittarius and my 2nd House of Needs and Resources.  At that time, in May, my partner became pregnant with our daughter, and as it is often said, “that changed everything”.

Sagittarius is an expansion energy and Pluto moving through my 2nd House meant upheaval in my needs, responsibilities, and resources. I literally “needed” to expand my resources to be ready and able to take care of my daughter, which meant transforming my role in my community (11th House) in a fundamental way. It was before the pregnancy that my partner and I decided I would be the stay-at-home parent after she was born. My transformative (Plutonic) role as an educator (Pluto in Virgo in the 11th House) got “upheaved” into a role as a “representative” of a stay-at-home father (2nd House).

And even though the change was a conscious choice on my part, in true Plutonic fashion I had no real idea of how much of an “earthquake” it would cause in my life and all of my relationships, especially with my family. I had better preparation than many others might because I knew my astrology then and was able to accept and work with the transformative process so that it was not “harder than it needed to be”.

If you are reading this article “in front of” or “in the midst of” your Pluto square Pluto, then I would suggest you invest time in studying your natal Pluto, where Pluto will be when it squares your natal Pluto, and what you are likely going to have to transform, integrate, and eliminate while the square is taking place. If your interest in astrology is not on the research, but the result side, then I would recommend a professional reading with an experienced astrologer. That could be me, or another professional. If you are on the other side of your Pluto square Pluto, you can now look back at that time with this knowledge and see if a review yields any new insights that will help you now and in the future.

10 Tips if You Love a Gemini

Waning Gibbous Moon
The moon is currently in Cancer
We use cookies to give you the best experience. Continuing using this site we assume that you are happy with it.Ok