Oscar Wilde and his Fall from Grace

Home » Blog » Astrology » Oscar Wilde and his Fall from Grace 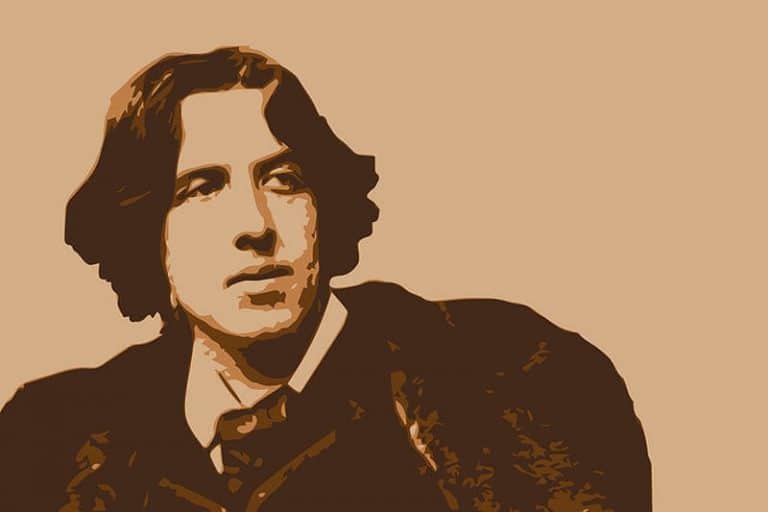 We are coming up on the 120th anniversary of Oscar Wilde’s Death (30th November 1900) so I wanted to take a look at his chart and in particular the transits that were happening during important moments in his life. As Oscar Wilde declared ‘The two great turning points in my life were when my father sent me to Oxford, and when society sent me to prison.’ Talking about Oxford sounds a bit drab, so let’s linger on what was going on in the skies around his trial for Sodomy.

Oscar was born with Saturn in the 10th house which is often called ‘the dreaded Napoleon aspect’ since it sometimes heralds a dramatic fall from grace. Humility is thus the lesson typically needed to be learned from this aspect. In De Profundis, which he wrote in Jail, Wilde, disgraced and broke, seems to have learned the lesson the hard way:

‘There is only one thing for me now, absolute humility. It is the last thing left in me, and the best: the ultimate discovery at which I have arrived, the starting point for a fresh development. It has come to me right out of myself, so I know that it has come at the proper time.

As is so often the case with astrology, lessons learned in their “Proper time” coincide with powerful transits. Oscars fall from grace transit involves both his Saturn in his 10th house but also Pluto transiting this house. Pluto is the transformational planet and can bring immense power or total destruction. Pluto transits can be quite slow and feel like extended ordeals but it’s worth noting Pluto started impacting Wilde’s chart on the opening night of ‘The Importance of Being Earnest,’ Valentine’s Day. 1895.  The night though successful was marred by an unsavory event. The Marquess of Queensberry, the outraged father of Lord Alfred Douglas with whom Oscar was in love with, showed up, intending to ruin the play. Stopped by police, Queensbury had to content himself with leaving a grotesque bouquet of vegetables for the playwright however the incident marked the beginning of the end of Wilde.

On the trial date of 30th of April 1895 just over 2 months later, they faced each other in court. Pluto had now arrived at his midheaven. The Midheaven shows your status or reputation in the eyes of the world.  Unfortunately for Wilde, this Pluto transit didn’t bode well. He witnessed the full power of the wrath of Pluto. He ended up in Jail for two years, emerging a broken man with little friends or support. He died 3 years later alone and destitute in Paris. However, Pluto isn’t all bad, and being true to its nature has completely transformed Wilde’s reputation once more. Wilde is now lauded and celebrated as one of the most important writers of the 19th century. In terms of our skies right now, interestingly we have Saturn and Pluto in conjunction, a transit that kicked off 2020 and has been pretty much in aspect through this whole year. This was a challenging year for many but luckily Saturn is reaching the end of his jaunt in Capricorn and moving on up into airy Aquarius on Dec 17th. A date to look forward to.